With An Action Hero, Ayushmann Khurrana proves once again that he is a versatile actor. 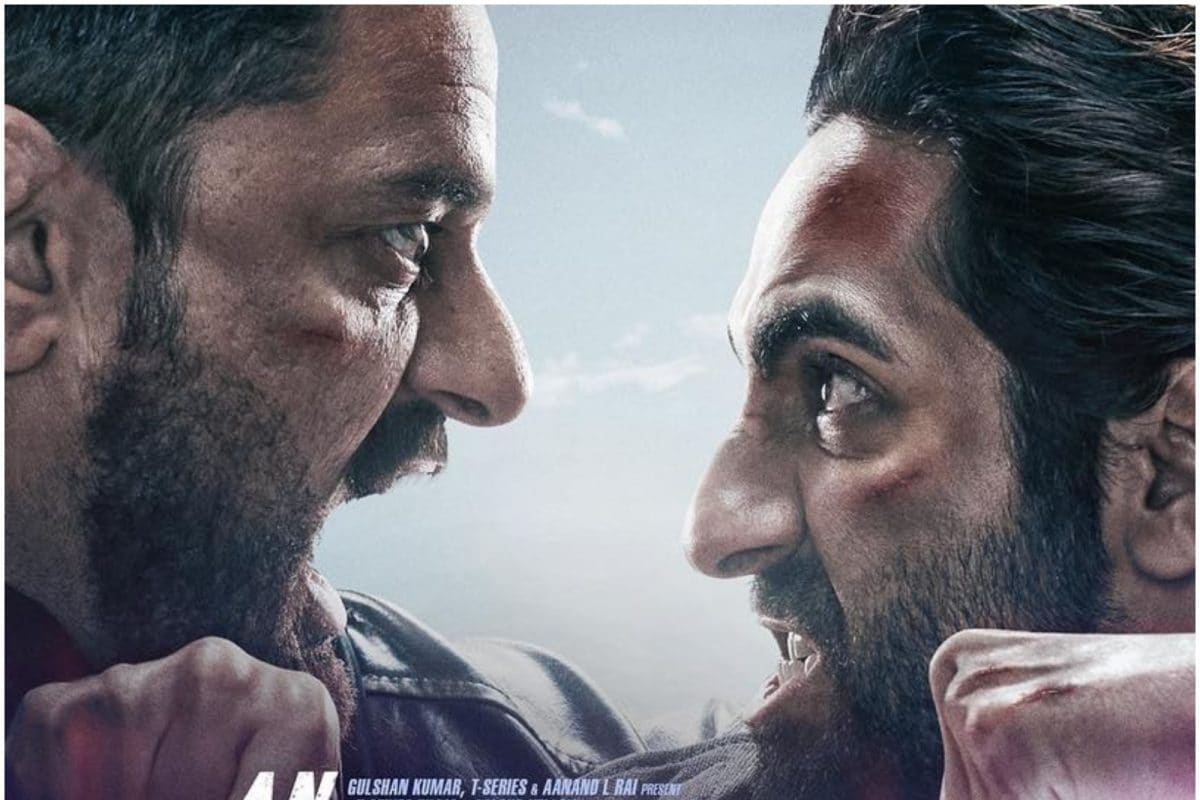 An Action Hero is pretty much what its title says it is. A movie star accidentally kills a man and is hunted by the man’s older brother. As he goes on the run, the hero realises the difference between reel life and real life. First-time director Anirudh Iyer’s movie, based on his story and a screenplay by Neeraj Yadav, decides to tell this story his way, infusing it with moments of sly wit that give the regular action drama some irresistible colour.

Manav Khuranna (Ayushmann Khurrana) is all set to do an action sequence while shooting a film in Haryana. An incident involving a brash Jat youth ends with a fatal accident, and Manav decides to run away to London only to be followed by Bhoora (Jaideep Ahlawat) who is out of the door for vengeance.

The unpredictable chain of events in An Action Hero appears to occur in the moment – one accident leading to another, one misdeed triggering the next. But make no mistake, Iyer exercises tight control on the characters and their actions, shrewdly choreographing every movement in the plot as per a larger design.

The script uses humour – dollops of the dark and witty kind – as the body count rises, frequently making you chuckle as terrible things happen to people that don’t necessarily deserve them. The film is stuffed with meta jokes and a running jibe against the loud and jarring news shows and media coverage which have declared Bollywood a national enemy, including a string of rebuttals to the hashtag #Manaavyadaanav, #boycottbollywood #jokevsreality among others. The straight face banter between Khurrana and Ahlawat is simply hilarious.

In the second half, however, things become especially convoluted, and a bizarre subplot threatens to derail the film. Thankfully, before that can happen the makers bring the narrative back on track, piling twist upon twist as it heads towards a crackling climax.

There isn’t a single serious bone in the An Action Hero’s framework. This outlandish action comedy draws its kicks from slick action and quirky dialogue. Even the lead actors just keep a straight face and go along with the script. The film is a consistently engaging show, even when you find yourself disagreeing with it. And debutante director Iyer deserves all the credit for it.

Consistently inspired performances from its leading men is the fuel that powers this film. Khurrana and Alhawat are pure magic. These two need to be paired again to just showcase their crackling chemistry. There is no doubt Khurrana is a versatile actor and this surely is one of his best works. He really gets into his part, giving us a wholesome sense of a life of a superstar. His intensity doesn’t feel made up or fake, just like Alhawat’s angst and ego as he wants to kill his brother’s murderer. He is simply fantastic as the actor goes for the kill in every scene and walks away with all the applause too.

The camera work and well-choreographed stylised action (knives, guns, car chase, fistfights, et al) keep you glued to your seat. With the story pretty much staying constant, An Action Hero does feel like it takes a bit longer to reach to the climax. But you enjoy every bit of this deliberately daft and twisty ride.

This isn’t a great piece of cinema or anything but it doesn’t pretend to be one either. It sets out to be an absurdly funny, unpretentious crime comedy and it totally lives up to that hype. An Action Hero is wacky, breezy, bizzare, outlandish and yet makes a statement.

PS: You will love Akshay Kumar’s cameo which probably is his best role of this year.