Shah Rukh Khan's children AbRam, Suhana and Aryan Khan partied with Ananya Panday and friends leading up to New Year's Eve. The celebrities are anticipated to ring in celebrations together.

Shah Rukh Khan’s children Suhana Khan, Aryan Khan and AbRam Khan celebrated the last weekend of 2019 at their farmhouse in Alibaug. The trio was joined by their close friends, including actress Ananya Pandey.

Suhana’s cousin Alia Chhiba took to her Instagram stories to share the pictures. “Family” she wrote in one of the pictures that included Ananya and Suhana. 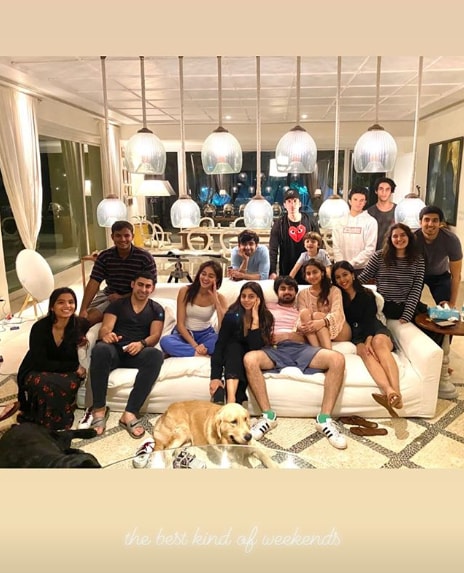 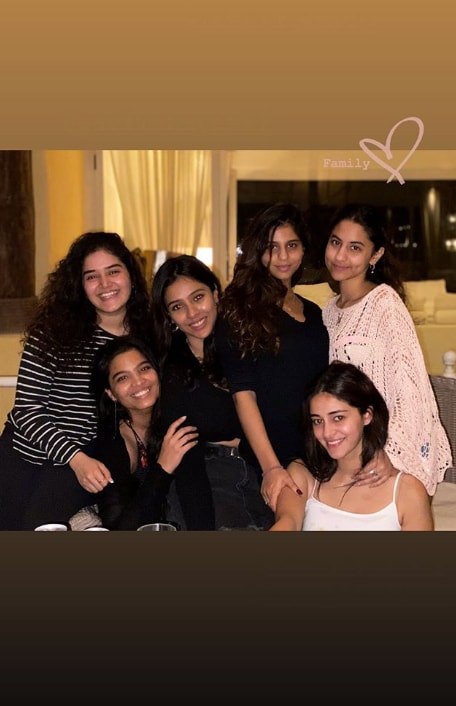 In another casual click, we can see the Khan kids pose for a groupie with their gang as all relaxed and happy at the farmhouse.

“The best kind of weekends”, the picture was captioned.

Suhana has recently made her acting debut with the short film The Grey Part Of Blue. Written and directed by Theodore Gimeno, Suhana portrays the role of a happy romantic young girl. Meanwhile, Ananya Panday was last seen in Mudassar Aziz’s directorial Pati Patni Aur Woh opposite Kartik Aaryan. Bhumi Pednekar and Aparshakti Khurana were also part of the project.

Ananya will be next seen in an upcoming comedy-drama Khaali Peeli. Director Maqbool Khan’s film stars Ishaan Khatter as the male lead. She has also been roped in for an untitled project starring Deepika Padukone and Sidhant Chaturvedi. The movie is produced by Dharma Productions and directed by Shakun Batra.