This development comes two days after reports surfaced that five contestants have been eliminated from Rohit Shetty’s show.

Television actress Anushka Sen has reportedly contracted Covid-19 while shooting for Season 11 of stunt-based reality show Khatron Ke Khiladi in South Africa’s Cape Town. She has apparently not shown any symptoms but after her test reports came positive on Monday; she quarantined herself and the shooting is on with the rest of the crew.

As a precaution, other contestants, including Rahul Vaidya, Abhinav Shukla, Arjun Bijlani, Varun Sood, Sana Makbul, Divyanka Tripathi Dahiya and Shweta Tiwari, and the crew also underwent coronavirus tests and they all have tested negative. However, no official statement has been made on this so far. Earlier too, the cast and crew had gone for the tests due to safety reasons. 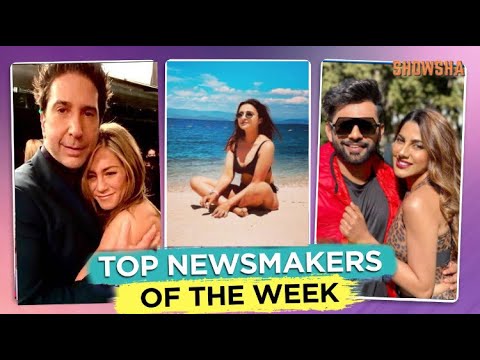 This development comes two days after reports surfaced that five contestants have been eliminated from Rohit Shetty’s show. This kind of mass elimination has never happened before in previous seasons. According to singer Aastha Gill’s latest Instagram post, she is among the ones to bid adieu to the upcoming show. Besides, Nikki Tamboli, Mahek Chahal and Sourabh Raaj Jain’s journey have also reportedly ended.

A couple of weeks ago, reports emerged that Chandrakanta actor Vishal Aditya Singh, who was at the bottom three along with Anushka and Nikki, was the first one to be eliminated. However, so far this report has not been confirmed officially.

Recently singer Rahul also took to Instagram Stories to reveal that all of them will be back in India soon as the shooting of the reality show is nearing its end.

Meanwhile, the contestants are seen having a gala time in the South African capital. They often keep sharing pictures and videos on social media which show that they have bonded well during their journey. The curiosity levels of the fans are high who are eagerly waiting to see them on screen.