Anushka Sharma and Sakshi Dhoni Were Schoolmates and Their Pictures are Breaking the Internet, See Here

Did you know Anushka Sharma and Sakshi Dhoni, wives of Indian cricket skippers Virat Kohli and MS Dhoni were schoolmates?

Other than being star wives of Indian cricket skippers Virat Kohli and MS Dhoni, Anushka Sharma and Sakshi Dhoni, respectively, have more than one thing in common. The two are also schoolmates, reports India Today.

The two attended St Mary's School, Margherita in Assam and their pictures shared by a fan club are breaking the internet. In the pictures, one is a class photo of 1st standard and other is from a school function where Anushka is dressed in a bright pink ghaghara choli while Sakshi is seen dolled up as an angel. In another set of pictures, the two are seen hanging out with each other and some friends. Take a look: 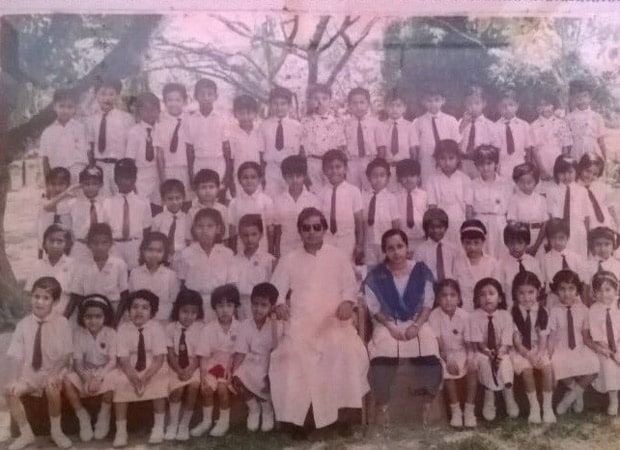 "And then I found a picture in which Sakshi is dressed as a fairy and I'm dressed in a ghaghara like my favourite idol Madhuri. Sakshi is extremely funny," the actress added.

On the professional front, Anushka was last seen in the role of Aafia, a scientist with cerebral palsy, in Aanand L. Rai's Zero. The actress put herself through a rigorous three-month preparation process. She worked with an occupational therapist and audiologist who helped her understand the physical limitation her character would have and how the condition would impact the speech. However, the film tanked at the box office. Apart from her the film also had Katrina Kaif and Shah Rukh Khan in pivotal roles.