After spending some quality time with cricketer husband Virat Kohli in London, where he is leading the Team India at the ongoing ICC World Cup 2019, actress Anushka Shamra headed to Brussels, Belgium, for professional commitments.

The actress has posted a series of pictures to her Instagram. She captioned one of the photos as “Shining.” Anushka, who was in England, chalked out separate calendar till the directive allows the wives to officially join their husbands during the World Cup. BCCI has mandated that wives of cricketers can only spend 15 days with their partners during the World Cup and Anushka and Virat are strictly following the guidelines.

As per a source close to the actress, Anushka will officially join Virat at the end of this month. "The fans will have to wait for a few more days to see them together,” added the source. 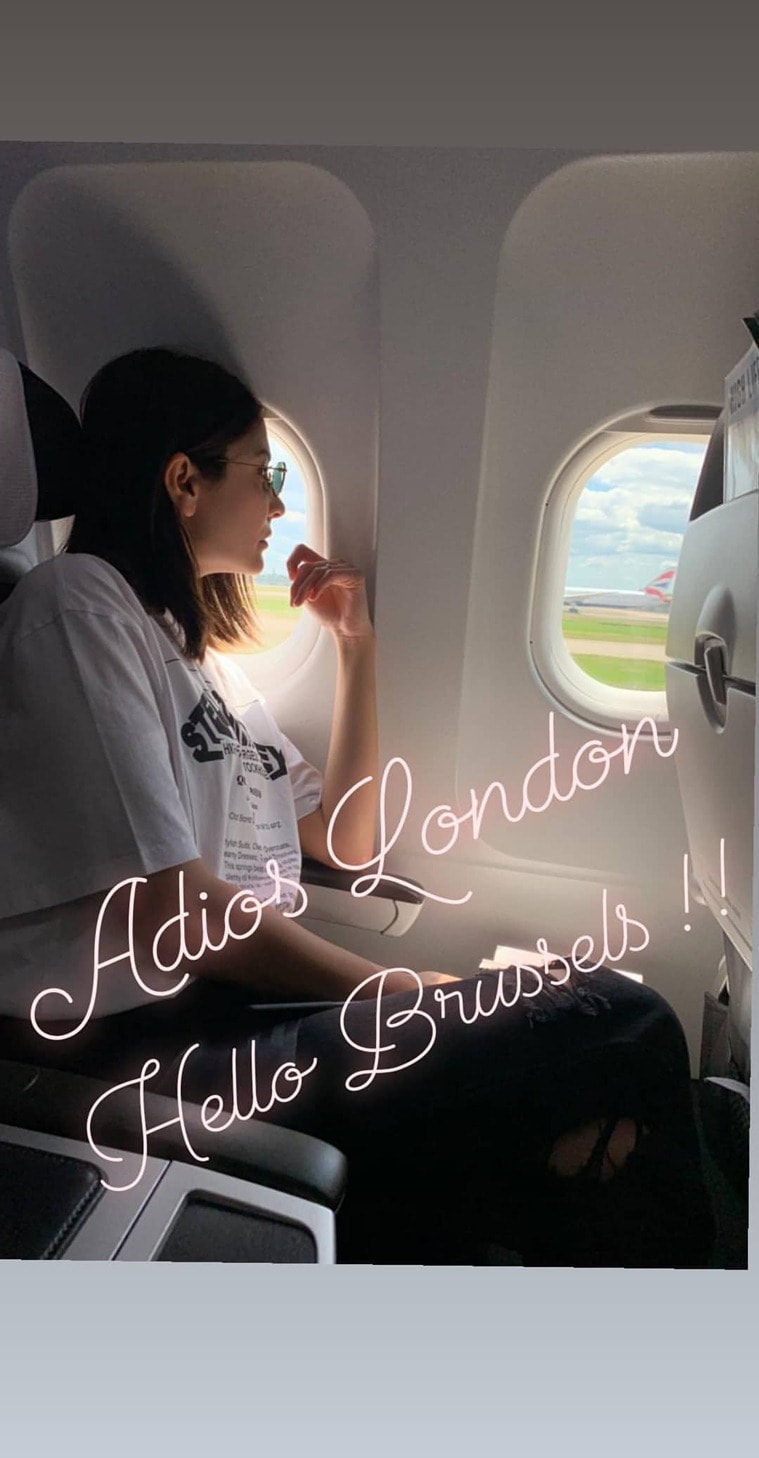 Anushka and Virat completed a year of marital bliss in December but the two are as love-struck as ever. One look at their social media accounts and it is evident that they cannot have enough of each other. Despite their hectic schedules, they always make sure to take some time out from their professional commitments to be with each other.

They dated each other for over four years before tying the knot in an intimate ceremony in Italy's Tuscany in 2017.

Anushka was last seen in Zero opposite Shah Rukh Khan. In a recent interview with Vogue, the actress had spoken about taking a break from movies this year. “The past few years of my life I have been working so much. Now I have to take out time for what is important to me. Spending time with my husband is important. Unfortunately, we’re hardly in the same place at the same time, so in the time that I have off, I want to prioritise spending time with him and my family."