Anushka Sharma took to Instagram and shared a video of herself, getting happy, as pack-up is announced.

Anushka Sharma took to Instagram and shared a video of herself, getting happy, as pack-up is announced.

Bollywood actress and producer Anushka Sharma is back to business as usual after accompanying husband and Indian cricketer Virat Kohli with daughter Vamika during his cricket tournaments. On Tuesday, Anushka took to Instagram and shared a video of herself, getting happy, as pack-up is announced. “Did anyone say pack up? 😂, she captioned the video. In another set of pictures from the same day, she wore an all-white outfit with a dark pink jacket. Last week, the actress was clicked at Filmcity Goregaon, where she was for a brand shoot. She wore a green shirt with black denims in the pictures. 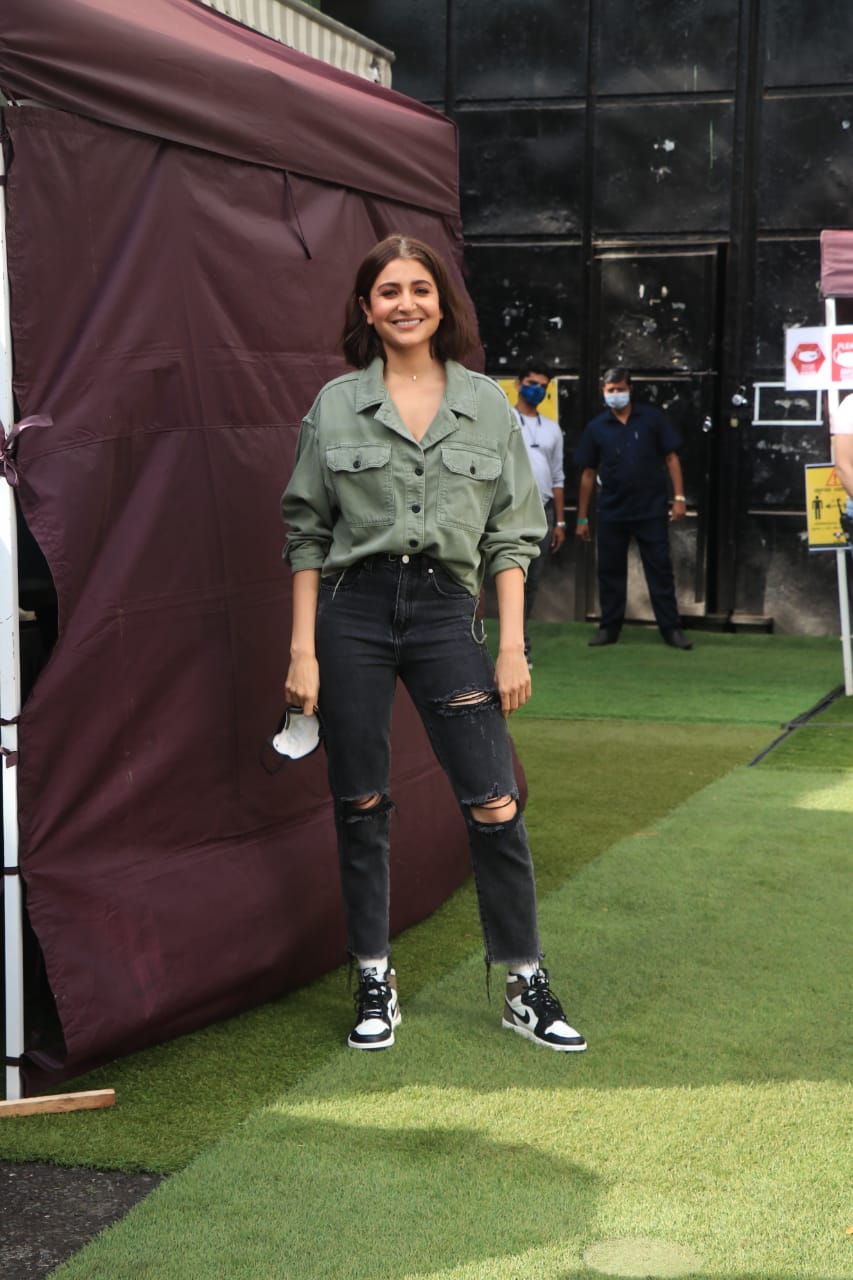