Arjun Kapoor Opens up About Working with Katrina Kaif

Arjun Kapoor in a recent Q&A session, Arjun was asked about collaborating with his friend Katrina Kaif. To this he called her the best and appreciated her for taking his antics like a good sport.

Actor Arjun Kapoor is all praise for Katrina Kaif.

Recently, Arjun conducted "Ask Me" session on Instagram and his fans flooded him with a lot of interesting questions.

One user even asked him if he would like to collaborate with Katrina in a film.

To that, Arjun responded that it will have to depend on the script and also on Katrina saying yes to it. Not only this, Arjun praised Katrina for her sporting nature.

"She is the best and the most sporting when it comes to me troubling her on and off Instagram," he added.

Arjun and Katrina share a great rapport with each other. Arjun has often seen pulling Katrina's leg on social media. Him calling Katrina "kantaben 2.0" on the former's video of dishwashing is a proof of the fact. 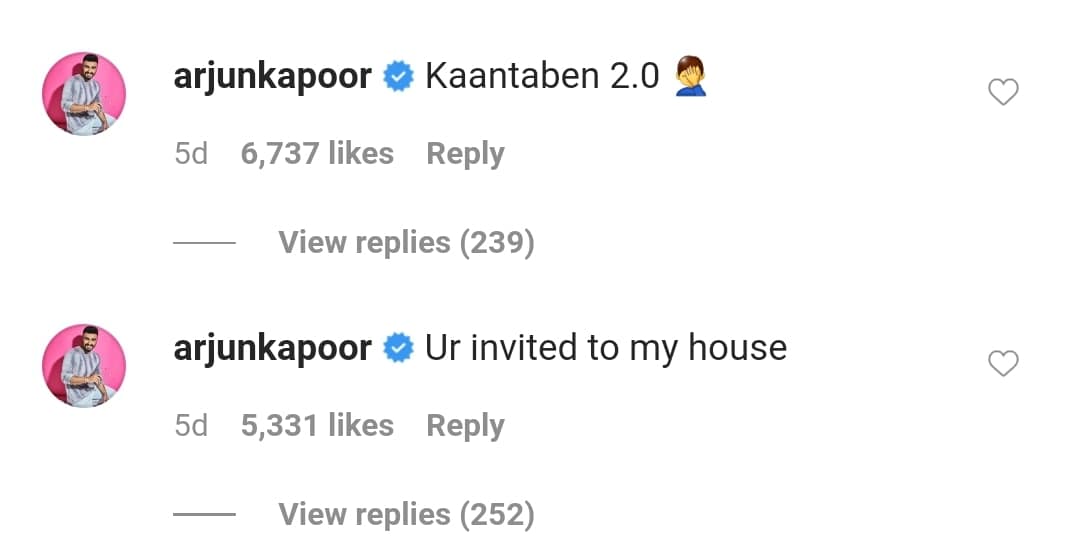 On the film front, Katrina will be seen opposite Akshay Kumar in Sooryavanshi . Arjun will be seen sharing screen space with Parineeti Chopra in Sandeep Aur Pinky Faraar.