Aryan Khan and Ananya Panday Drugs Case LIVE Updates: Shah Rukh Khan will be bringing back his son home from Arthur Road Jail on Friday evening as the release papers are processed. Mood outside Mannat is jubilant and heavy crowds were spotted.

Aryan Khan and Ananya Panday Drugs Case LIVE Updates: Aryan Khan, son of superstar Shah Rukh Khan, is all set to walk home free after spending over three weeks in jail following his arrest in Mumbai’s drugs-on-cruise case. On Thursday, he was granted bail by the Bombay High Court, 25 days after his arrest in the case of alleged seizure of banned drugs aboard a cruise ship off the Mumbai coast. Since the signing of his Read More

Juhi Chawla and Shah Rukh Khan‘s friendship goes way back. They have been co-stars in several films, founded a production house, and co-own an IPL team. On Friday, Juhi also stepped up to play an important part in the release of SRK’s eldest son Aryan from jail. The actress was present at the Mumbai Sessions Court to stand surety for Aryan, who has been asked to furnish a bail bond of Rs 1 lakh. This means that she would be legally responsible if SRK’s son fails to pay the money. Read the full story, here.

Shah Rukh Khan is back at Mannat

Shah Rukh Khan’s SUV was spotted arriving at Mannat a while ago after Aryan Khan’s release from jail deferred to Saturday. Shah Rukh Khan received many calls from his film industry friends after his son Aryan Khan was granted bail. The first among those were Akshay Kumar, Salman Khan, and Suniel Shetty.

Shah Rukh Khan’s sea-facing bungalow Mannat is all decked up with lights to welcome his son Aryan Khan, who is likely to walk out of jail from tomorrow. 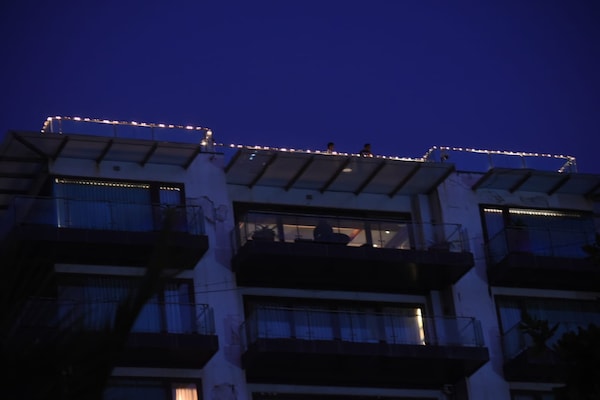 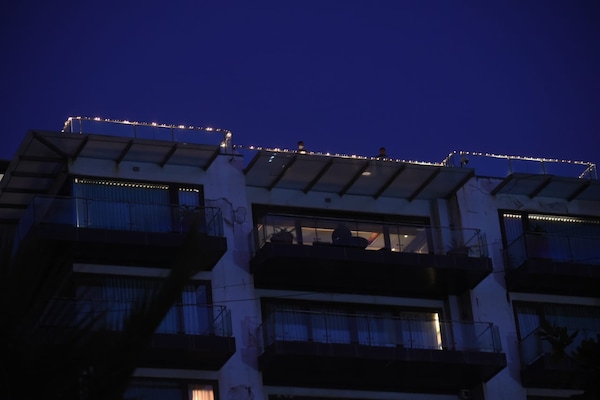 How Aryan Khan responded after knowing he got bail

As per a report by ANI, Aryan Khan, who was granted bail in the drugs-on-cruise case on Thursday, was informed of the Bombay High Court’s decision by the staff in Arthur Road Jail. Jail officials said he was happy to learn about getting bail and also expressed his gratitude to the prison staff. The officials said Aryan also promised to provide financial help to the families of some prisoners he got acquainted with during his stay in the jail.

Family has a sense of relief: Juhi Chawla on Aryan's bail

Actress Juhi Chawla, who is a close friend of Shah Rukh Khan, said that the Bollywood superstar’s family finally has “a sense of relief” after Aryan’s bail. When asked if the release memo has been handed over, the actress said, “Please ask the lawyer.”

Aryan Khan’s lawyer Satish Maneshinde said about Juhi Chawla on being the surety of Aryan Khan, “She (Juhi Chawla) knows him from birth as they are professionally associated.”

Aryan Khan not to be released from jail today

Aryan Khan will not be released from jail today. He will be released tomorrow morning: Arthur Road Jail officials | ANI reported.

Why Aryan's 'homecoming' from jail is delayed by one more day

Jail sources have told CNN-News18 that Aryan Khan may not be released on Friday. The procedure for his release has not yet been completed, as Aryan’s release memo has not been yet signed by authorities.

Actress Juhi Chawla spotted at Special NDPS (Narcotic Drugs and Psychotropic Substances) court. She has reportedly signed the Rs 1 lakh bond for Shah Rukh Khan’s son Aryan Khan who is likely to walk out of prison after getting bail on Thursday from HC.

After verification, the special court issued the release papers which would be handed over to the Arthur Road prison to secure Aryan Khan’s release. In its order, the high court has imposed 14 conditions on Aryan Khan and co-accused Arbaaz Merchant and Munmun Dhamecha, who were also granted bail.

Piyush Mishra, on being asked about his reaction to Aryan Khan getting bail, said that celebrities must take care of their children. “You reap what you sow. Apne bacchon ko sambhalein,” he said.

Nationalist Congress Party Minister Nawab Malik welcomed the bail order of Aryan Khan and other accused and said that they should have been granted bail on the very first day of their arrest. “The NCB has concocted a totally false case. They kept changing their stance to deny bail to the accused. It’s a ‘farziwada’ which will not stand the scrutiny of the courts,” Malik asserted.

The accused in drugs-on-cruise case- Aryan Khan, Arbaaz Merchant, Munmun Dhamecha- have been asked not to indulge in similar activities, not make any public statements about the case, attend the NCB office every Friday between 11 am-2 pm and also go there as and when called.

Aryan may walk out of jail any moment

The Bombay High Court has allowed a bail to Aryan Khan, the son of Bollywood megastar Shah Rukh Khan, at a Rs 1 lakh bond, as per the orders issued on Friday.

All 14 conditions on which Aryan is granted bail

Visuals from outside Arthur Road Jail. Aryan Khan is likely to walk out of prison today. His legal team rushed to complete all formalities of release.

The bail verdict on Aryan Khan’s plea came after over 9 hours of hearing spread over three afternoons at the packed hall of the high court given the unprecedented public interest in the goings-on. Justice Nitin Sambre presided over the ruling.

This actress signed surety for Aryan's release from jail

release memo by authorities was past the deadline, he is unlikely to walk out of jail on Friday.

Details of how Shah Rukh and Gauri Khan coped during this time have surfaced in news and they are truly heartbreaking. A report claimed that Shah Rukh was ‘very, very worried’ for the past few days and was having ‘coffee after coffee’ while Gauri had stopped eating anticipating son’s return home. Now, Aryan will be back home soon, his sister Suhana Khan is also expected to fly down from the US to be with the family.

Aryan was previously denied bail twice, both by a Mumbai magistrate court and special anti-drugs court in the case. Now, he will have to be present before the NCB between 11 am and 2 pm every Friday as a condition to his bail. Meanwhile, it has come to light that Aryan’s mother, Gauri Khan, has reportedly been under a lot of physical and emotional stress during this difficult time. It is further revealed that Gauri didn’t take her son’s arrest easily and spent most of her time “crying and praying”. It’s only understandable her plight, that of a mother.

Aryan spent more than three weeks in jail. He is expected to come out on either Friday or Saturday when the court order is out. After missing out on important family occasions like his mother’s birthday, Dussehra and Navaratri festivities, and his parents’ 30th marriage anniversary during jail term, Aryan will be home for his father’s birthday on Nov 2.

On the other hand, actress Ananya Panday has been questioned by the NCB for nearly six hours, combined, in connection with her alleged WhatsApp chats with Aryan. She also shot for a song sequence in her upcoming film Liger with Vijay Deverakonda on Thursday, as per reports.