Avengers: Infinity War - Where are the MCU Superheroes Before the Cosmic Battle

Directed by the Russo brothers, the film of cosmic proportions is slated to release on April 27 but before that one needs to know the whereabouts of the superheroes after the heartbreaking rift in the team as seen in Captain America: Civil War.

It's April or as Marvel fans would like to call it, 'Avengers month'. Yes, the plethora of superheroes in Marvel Cinematic Universe are all set to join the forces to fight their biggest and baddest villain till date- Thanos. The film will see the Infinity Stones-lusting alien entering Earth to complete his Infinity Gauntlet and facing the collective force of all the MCU superheroes seen on the big screen.

As explained in the film's synopsis, the much-anticipated film will see an unprecedented cinematic journey ten years in the making and spanning the entire Marvel Cinematic Universe. Marvel Studios' Avengers: Infinity War brings to the screen the ultimate, deadliest showdown of all time. The Avengers and their allies must be willing to sacrifice it all in an attempt to defeat the power of Thanos before his blitz of devastation and ruin puts an end to the universe.

Infinity War combines almost every single superhero from across the 18-film franchise that began 10 years ago with the release of Iron Man in 2008. As the star-studded trailer shows, Robert Downey Jr.'s Iron Man, Chadwick Boseman's Black Panther, Chris Evans’ Captain America, Benedict Cumberbatch's Doctor Strange, Tom Holland’s Spider-Man, Paul Rudd’s Ant-Man, the rest of the Avengers, the Guardians of the Galaxy, and pretty much every other ancillary character from the Marvel Cinematic Universe are back. Directed by the Russo brothers, the film of cosmic proportions is slated to release on April 27 but before that one needs to know the whereabouts of the superheroes after the heartbreaking rift in the team as seen in Captain America: Civil War.

In 2008 Iron Man started assembling a group of remarkable humans to save the planet from external and internal threats working on the idea of S.H.I.E.L.D head Nick Fury. He became the first member to be recruited in the team called Avengers. Now after 10 years, Stark was left to pick up the pieces of the Avengers after the conflict in Captain America: Civil War. Things got a little bit better for Tony when he rekindled his relationship with Pepper Potts and mentored a young Spiderman. Without a full Avengers team to rely on, Stark refocused his efforts on creating the ultimate suit of Iron Man armor for himself. As Avengers: Infinity War Prelude revealed, Stark wants to be able to handle any intergalactic threat on his own.

Captain America is now hiding in Wakanda with Bucky, T'Challa being on their side. Bucky sought treatment in Wakanda, where Black Panther assured Captain America that they could fix The Winter Soldier. As a post-credits scene in 2018’s Black Panther revealed, Letitia Wright’s Shuri, Black Panther’s sister, healed Bucky’s mind and gave him a new vibranium arm. To reflect these changes, Bucky also took a new codename, the White Wolf.

While Asgard might be one of the mightiest planets in the MCU galaxy, it was completely destroyed during 2017’s Thor: Ragnarok. As the new King of Asgard, Thor ordered a spaceship full of Asgardian refugees to head towards Earth for refuge. While Thor was admiring his new eye patch in the film’s post-credits scene, their ship encountered the Sanctuary II, Thanos’ massive ship that was also heading towards Earth.

In 2017’s Thor: Ragnarok, Mark Ruffalo’s Hulk dazzled audiences with his turn as a super-strong gladiator in the Contest of Champions. Once Thor rescued his “friend from work,” the Hulk transformed back into the neurotic scientist Bruce Banner for the first time in two years. Although he was understandably hesitant about changing back into the Hulk, he ultimately transformed back into the Green Goliath to help Thor defeat Hela. Along with Thor and his allies, Hulk will start Avengers: Infinity War on a spaceship that’s travelling towards Earth. This will mark the first time Banner has been back on his homeworld since 2015’s Avengers: Age of Ultron. 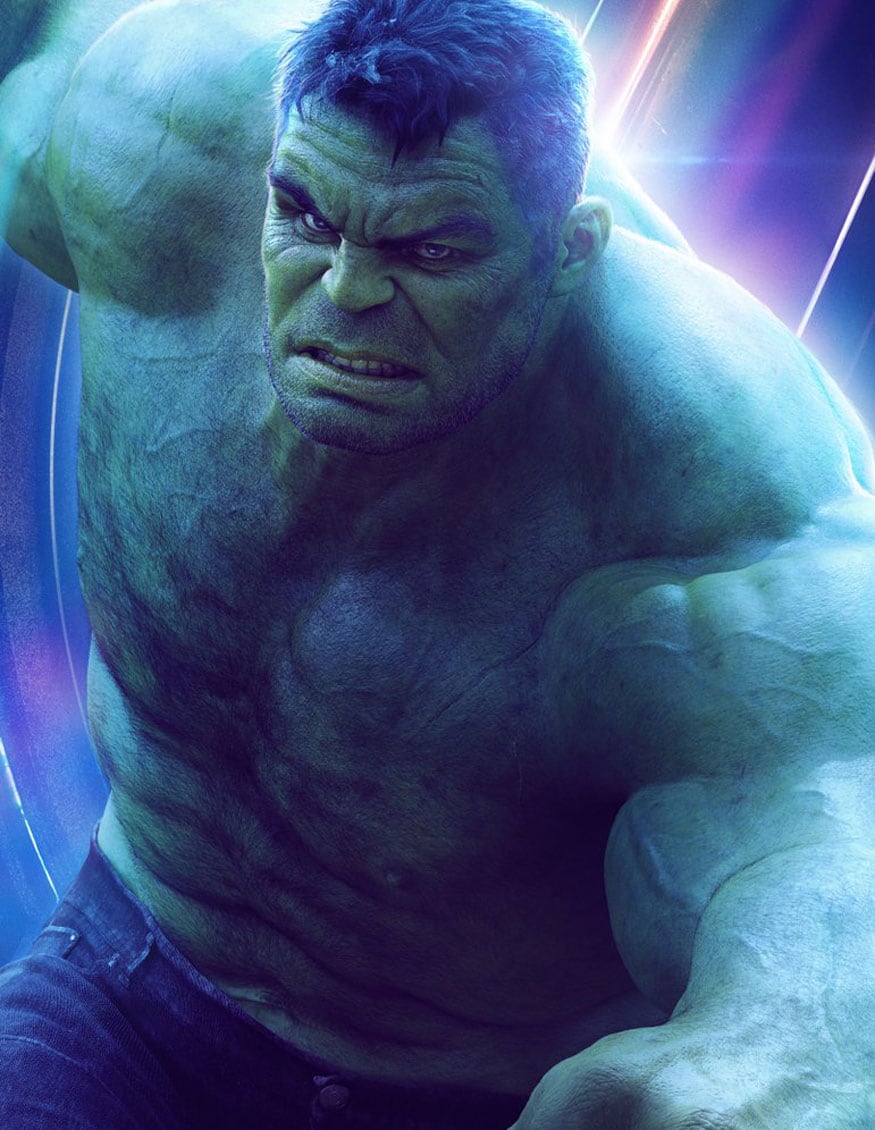 At the end of Age of Ultron, Hawkeye retired from action to spend more time with his family. After Captain America called him back into action for Captain America: Civil War, he was arrested along with the rest of Cap’s team. As soon as the Cap broke him out of the Raft, Hawkeye resumed his retirement and returned to his family. Now the character has been mostly absent from the posters and trailers of the film, but he is there in the movie having had a journey of his own. So will he be the underdog who will make his presence felt right during the climax? Wait till April 27 to find out. After the events of Captain America: Civil War, Black Widow went into hiding, since the government wanted to arrest her for helping the other fugitive Avengers. Even though she opposed them on the Sokovia Accords, Black Widow joined up with Captain America and Falcon. As revealed in the Avengers: Infinity War Prelude comic, she used a new blonde hairstyle and a lifetime of counter-intelligence training to disguise herself and stay ahead of the law.

Guardians Of The Galaxy

Avengers: Infinity War, the movie will also mark the next on-screen appearance of the Guardians of the Galaxy and for the first time in 34 years Star-Lord is going to set foot in his home planet post his mother's demise. The biggest collaboration in the history of Marvel is going to happen when the sassy Guardians will meet the savvy Avengers. Right now, after learning about his celestial heritage and destroying his father (planet?) Ego, the Guardians are roaming in the galaxy in search of new adventures. Also, Both Guardians of the Galaxy movies have also highlighted the relationship between two of Thanos’ now rogue daughters Gamora and Nebula. Both aliens were adopted by Thanos and raised to become some of the most dangerous assassins in the universe. In the last film, Nebula took off to hunt Thanos down on her own at the end of the movie.

As residents of the New Avengers Facility in upstate New York, the two Avengers bonded over their vaguely-defined powers, which both stem from the Mind Stone. Even though they were on different sides during the events of Civil War, Vision rushed to her side when she was injured in the conflict. And as the comic book Infinity War Prelude revealed, she and Vision have been hiding out in Europe since Captain America broke her out of prison. 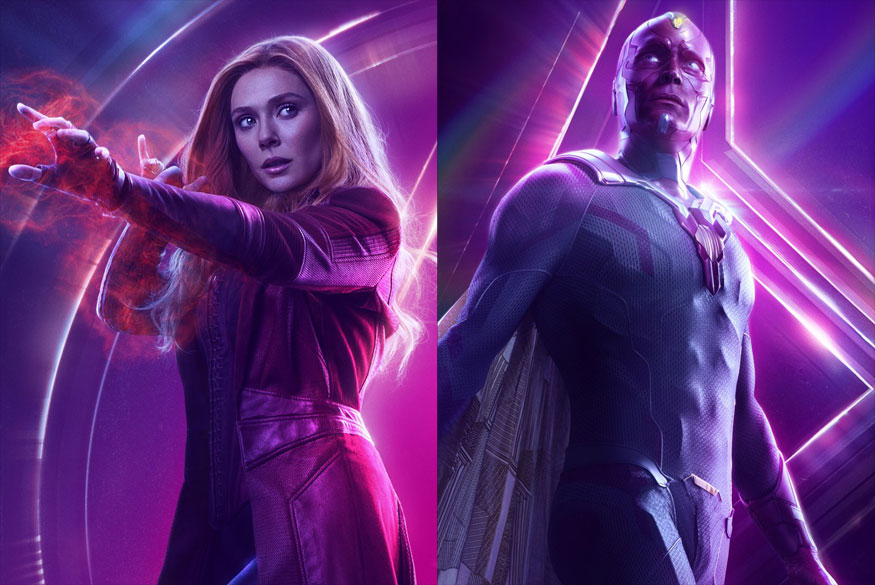 In Captain America: Civil War, Rhodey unsurprisingly sided with Iron Man’s pro-registration faction of the Avengers. During the Avengers’ big battle, an errant blast from the Vision took out the reactor that powered his suit. After crashing to the ground, Rhodey sustained massive injuries that seemingly paralyzed him from the waist down. By the end of that movie, he was already learning to walk again with the help of Stark-designed tech. 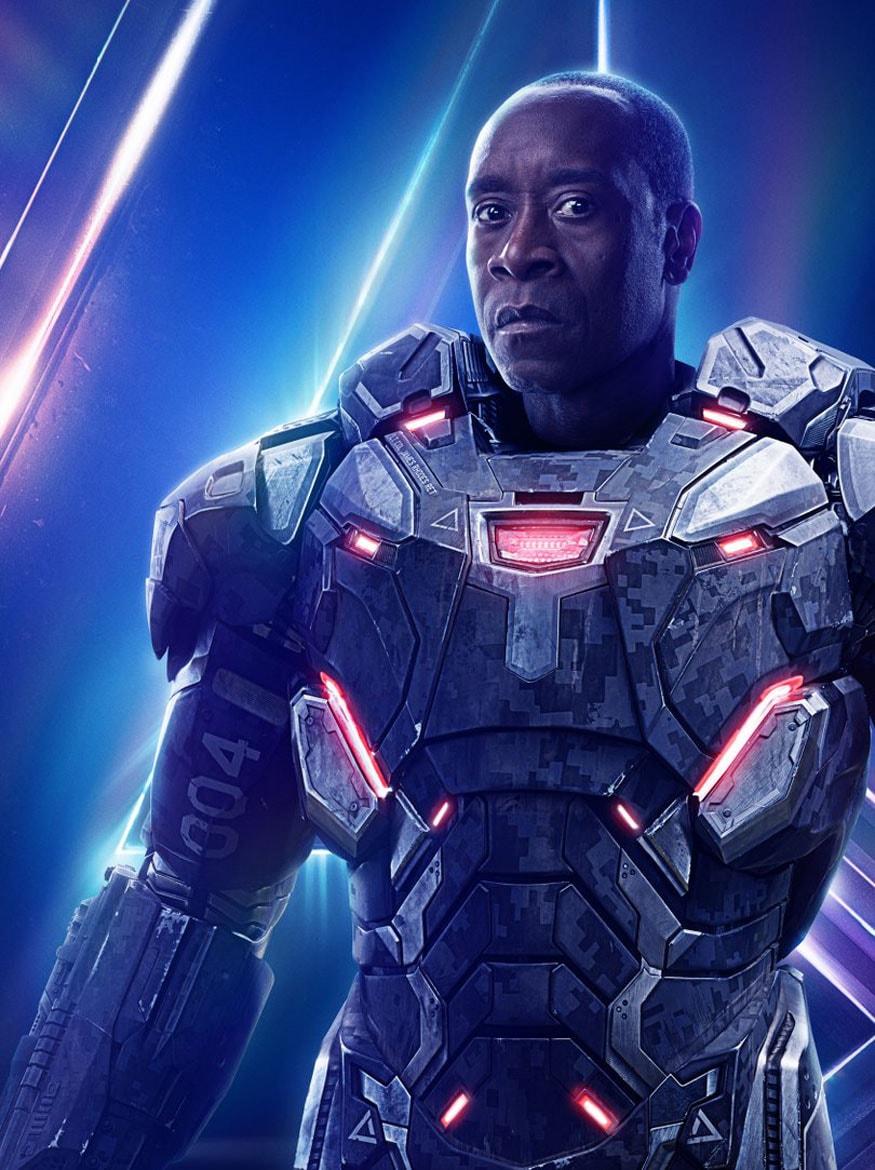 For almost all of its existence, the true nature of Wakanda has been hidden from the rest of the world. As revealed in 2018’s Black Panther, a meteor made of the alien metal vibranium landed in the country thousands of years ago. Since then, generations of Wakandans have used vibranium to become the most technologically-advanced nation on Earth while shielding themselves from the outside world.

Since making his spectacular debut in Iron Man’s team in Captain America: Civil War, Tom Holland’s Spider-Man has had a pretty decent career in the MCU. At the end Spider-Man: Homecoming Stark offered Peter Parker the Iron Spider suit, an even more advanced costume, and a spot on the Avengers. Even though he rejected that offer, Peter kept using Stark’s first Spider-Man costume and is busy being there for the little guy, before noticing the alien invasion in Infinity War trailer.

Using the Time Stone, Doctor Strange was even able to trap Dormammu, the ultra-powerful ruler of the Dark Dimension, in a time loop until he submitted. After this battle, Strange placed the Eye back in the protected walls of his training grounds, Kamar-Taj. Despite a warning about keeping the Infinity Stone out of sight, Strange casually wore the Eye of Agamotto in Thor: Ragnarok, and he’ll wear it in Avengers: Infinity War too.

After destroying Yellowsuit and reuniting with his daughter, Scott Lang aka Ant Man sided with Captain America in Civil War and was last seen in the prison before the Cap broke him out. Now, while his presence in Infinity War matters, there's also the fact that he is going to get a new member on his team - The Wasp.