Ayushmann Khurrana has a terrific box office record and he is set to become the star of the middle class.

Ayushmann Khurrana’s latest film Badhaai Ho is registering phenomenal business at the box office. The film has collected Rs 51.35 crore in first five days of its release which is a noteworthy achievement considering the fact that it wasn’t the only big release of the week. Arjun Kapoor-Parineeti Chopra starrer Namaste England released on the same day, October 18.

With Badhaai Ho, Ayushmann has delivered his fourth hit in a row – Bareilly Ki Barfi, Shubh Mangal Savdhan and AndhaDhun are the other three.

In fact, AndhaDhun, which released on October 5, is still running in the cinema halls. In a way, it’s Ayushmann versus Ayushmann at the ticket window right now. He has done it for the second time. Earlier, Bareilly Ki Barfi and Shubh Mangal Savdhan released within a span of two weeks.

Overall, this is his sixth commercially successful film out of the ten he has done so far. It’s a fantastic track record provided he has only played the lead roles so far. Never forget, he was the lead in Bareilly Ki Barfi with Rajkummar Rao as his more-than-able deputy. 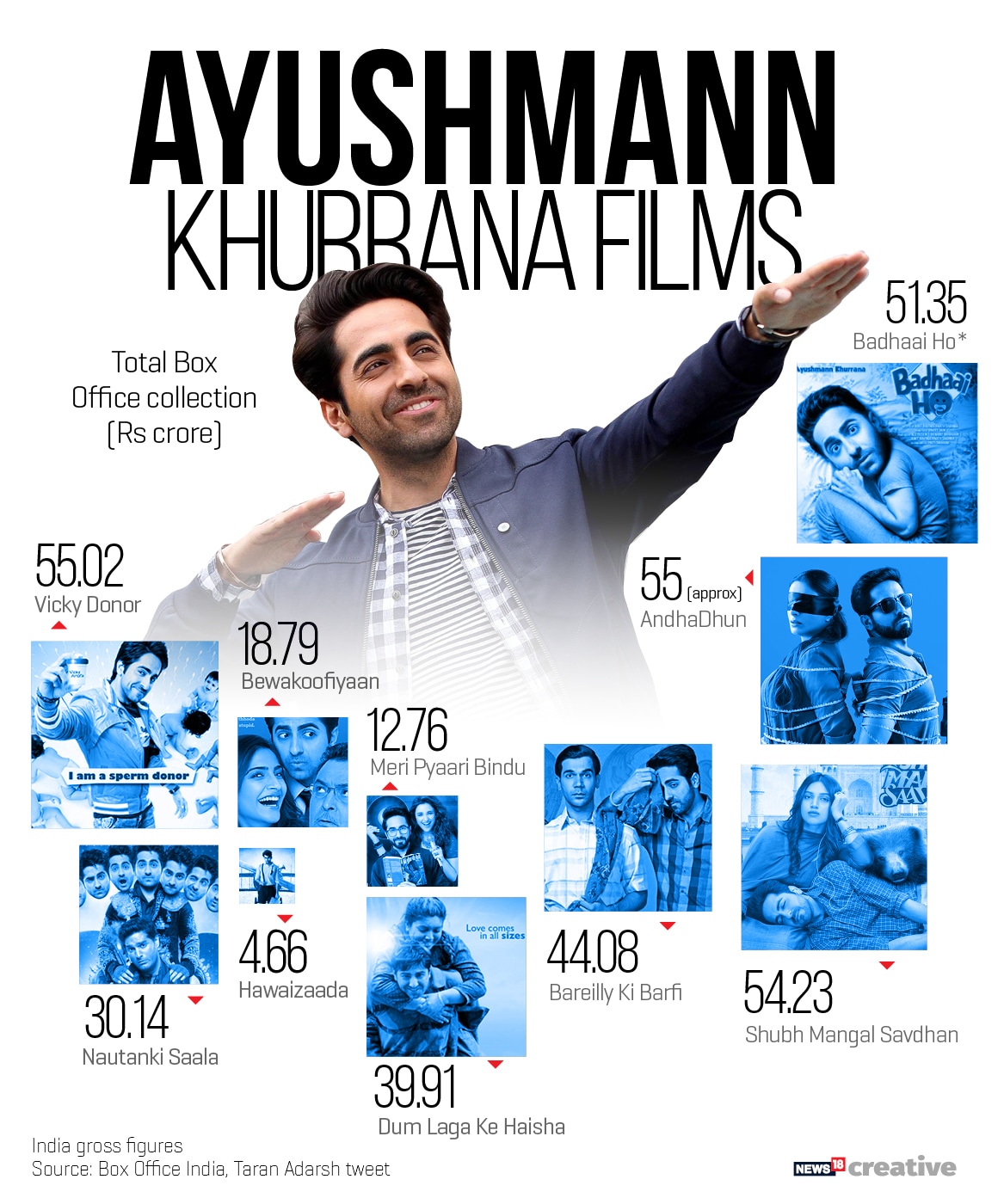 Incidentally, the other actor he can be compared with in terms of non-film background and box office success is Rajkummar Rao. With Stree’s super success, he is on his way to become the next superstar for mid-pocket producers. He has done eight films since January, 2017. These films have seen him working with who’s who of Bollywood and still headlining the projects.

He was considered the prime reason behind the success of Bareilly Ki Barfi, Newton and Stree. He has his calendar blocked for many more months and with his growing brand value, he is not likely to look back for some time now.

Ayushmann’s rate of success is definitely higher than Rajkummar, but that’s also because the latter had to wait for some time to find his feet in the industry. While Ayushmann had a blockbuster opening, Vicky Donor, in Bollywood, Rajkummar worked in a series of films that focused more on art than commerce. Eventually, Kai Po Che and Shahid brought him to limelight. In between 2016-17, Rajkummar proved his versatility and the only thing missing from his repertoire, a solo hit, came with Newton. Stree consolidated his position. He is now an actor who big-budget producers can bank upon. 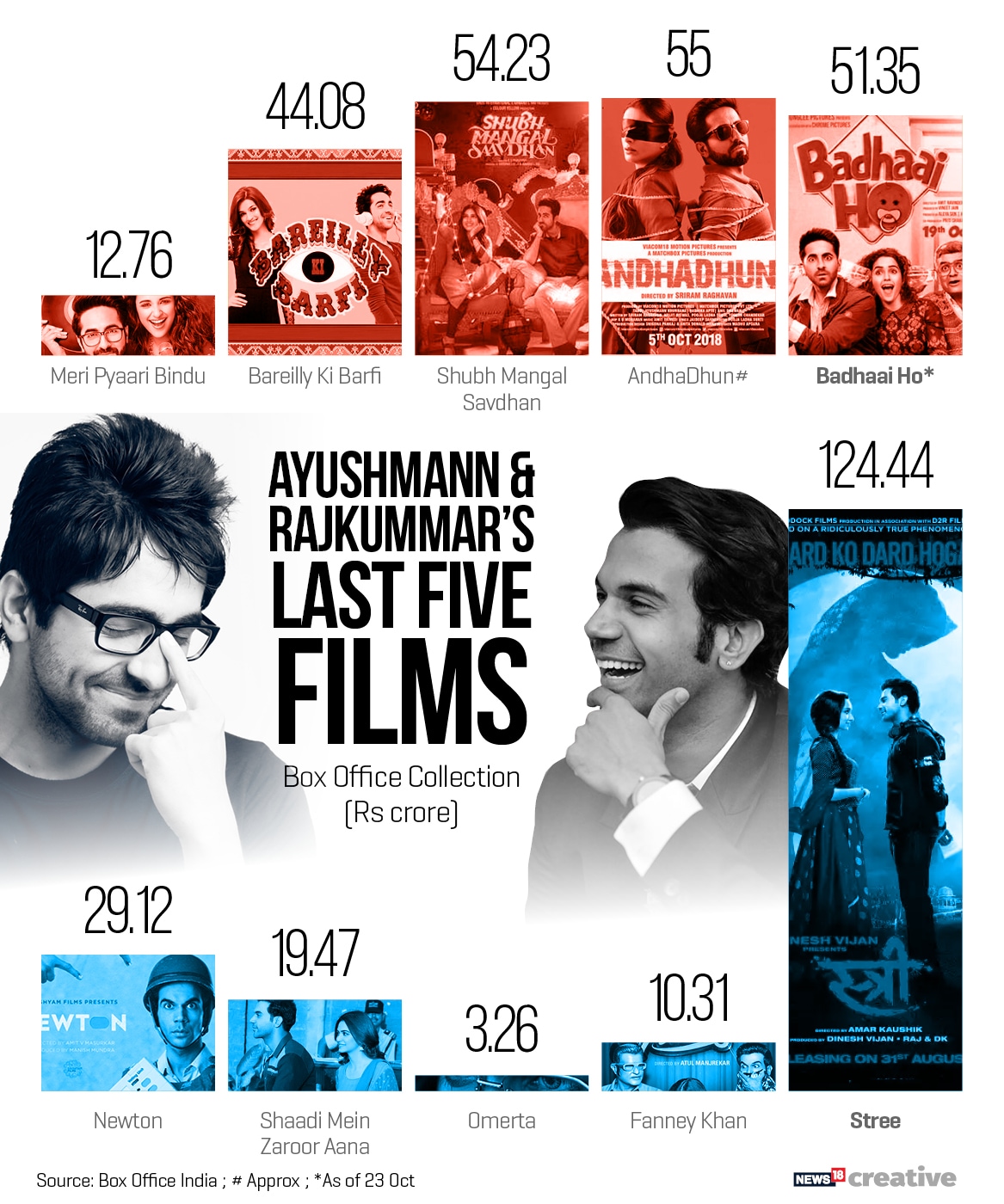 Both, Ayushmann and Rajkummar, are trying to be the quintessential hero middle class is looking for since Amol Palekar past his prime. The tug of war is nicely poised right now and the kind of impressive work these two actors are doing, the audience can only hope for better films.