Anup Jalota’s eviction from the Bigg Boss house has made the atmosphere of the house quite gloomy.

Anup Jalota’s eviction from the Bigg Boss house has made the atmosphere of the house quite gloomy. The day saw contestants wake up to Ek Rasta Do Raahi, giving them a hint of the task that was to follow. This time, Bigg Boss announced a new twist in the nomination task that left everybody in shock. Adding more drama, Bigg Boss announced the luxury budget task called the ‘Jail Break’ which will have repercussions on this week’s captaincy. 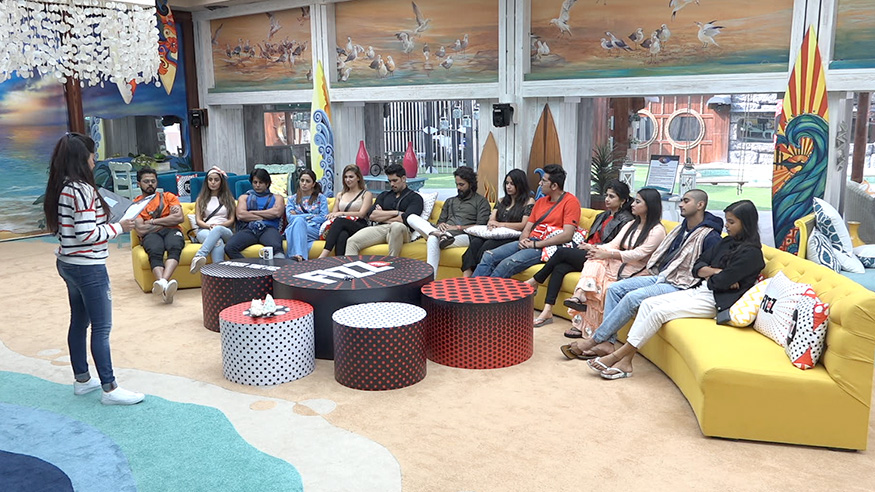 As a part of the task, the team were divided into two groups- Prisoners and Policemen. Sreesanth, Nehha, Jasleen, Deepak, Surbhi, Sorabh and Somi were the prisoners and Karanvir, Dipika, Srishty, Saba, Shivashish, Romil and Urvashi were the police officers. With every buzzer, the jail’s door opened and two policemen had to guard the door. The prisoners needed to jump a wall and try to flee while the policemen had to stop them. The last one to jump the wall was eliminated from the competition. As always, this task too saw the competitive spirit of each contestant shine out. Romil and Dipika got into a brawl and so did Karanvir and Surbhi. Surbhi alleged Karanvir of foul play and Dipika thought Romil was biased towards his jodidaar - Surbhi. While all this is happening, contestants are in the oblivion that their very own, co-contestant, Anup Jalota has been part of a major twist this weekend. Anup, who was eliminated, according to the contestants was actually transferred to the outhouse and was seen carefully listening to every conversation amongst the contestants. While some were eye openers for him, few left him very disturbed especially the one’s related to Jasleen.

What revelation will Anup find out about Jasleen and other contestants of the house? Will he use this against them?