Bihar Police has stepped into the Sushant Singh Rajput suicide case to start a separate enquiry independent of Mumbai police. A separate FIR has been lodged with Patna Police and a four member team has reached Mumbai for further investigation in this case.

An FIR has also been registered against actress Rhea Chakraborty under various sections, including abetment to suicide, on the complaint of Sushant's father.

The FIR has been lodged by the actor's father Krishna Kumar Singh, after the intervention of Bihar Chief Minister Nitish Kumar. IPC sections 341, 342, 380, 406, 420, 306 have been imposed by Patna police.

Chakraborty had admitted to being the late actor's girlfriend in an open letter to Union Home Minister Amit Shah pleading for a CBI probe in the matter. 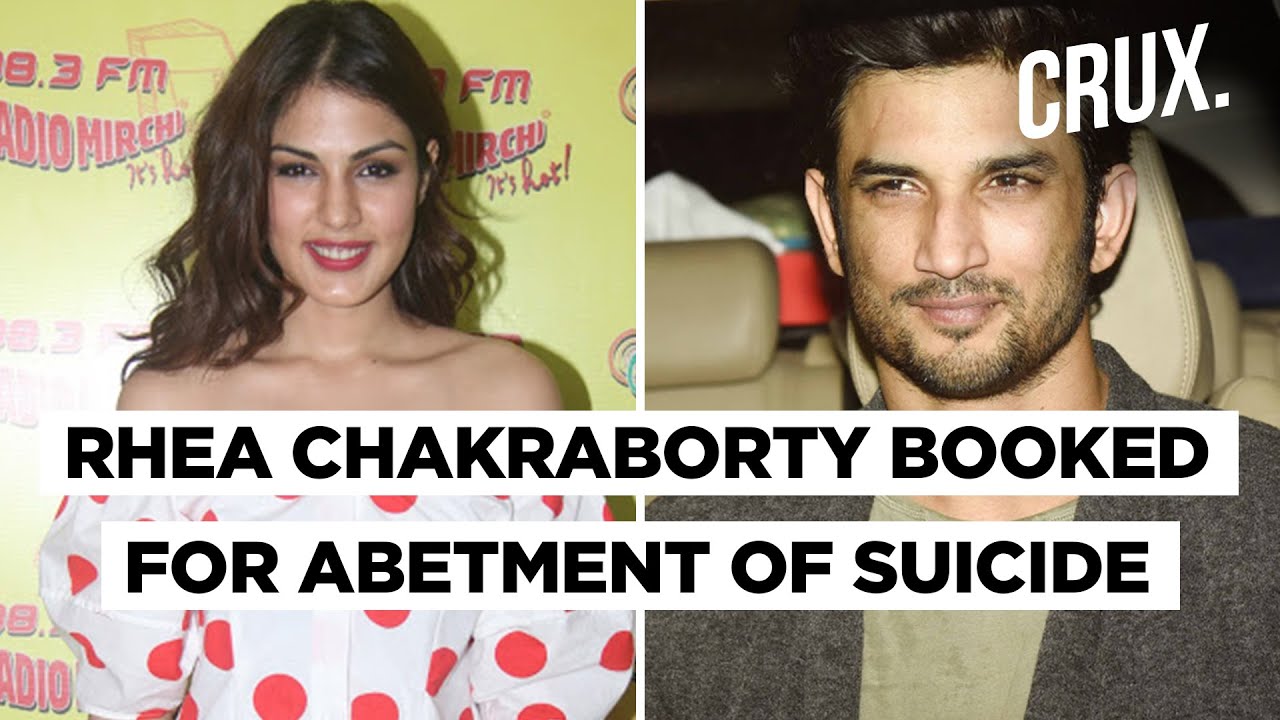 Rajiv Nagar police station in-charge Yogendra Ravidas on Tuesday said Sushant Singh Rajput's father K.K. Singh has accused six people, including Chakraborty for abetment to suicide in his complaint (FIR number 241/20). The police is investigating the case." Sushant was found hanging at his Mumbai home on June 14. The Mumbai Police have been investigating professional rivalry as one of the probable reasons behind his alleged suicide. Several film personalities have been questioned in this regard.

The Patna FIR against #RheaChakraborty alleges

Rhea had his medical records& threatened to make it public.”

There have also been demands of CBI investigation into the matter. Union Cabinet Minister Subramanian Swamy, who had earlier called for a CBI investigation, reiterated his point with reference to the Bihar Police launching a fresh inquiry.

"If Bihar Police is serious about having a say in the investigation into the unnatural death of Sushant Singh Rajput then there is no alternative to a CBI probe since Police of two States cannot separately investigate the same crime," he tweeted.

If Bihar Police is serious about having a say in the investigation into the unnatural death of Sushant Singh Rajput then there is no alternative to a CBI probe since Police of two States cannot separately investigate the same crime.

Filmmaker Karan Johar has been summoned by the Mumbai Police and his statement will be recorded this week in the Sushant Singh Rajput case. Johar was at the centre of criticism ever since the nepotism debate reignited in the wake of Sushant's death.

Mumbai Police has so far recorded statements of around 40 people in connection with the alleged suicide of the actor, including filmmaker Mahesh Bhatt. They have also issued summon to actress Kangana Ranaut.
Tags: