It is that time of the year when technology gives you jitters and you're shocked beyond wits because Netflix is back with Black Mirror season 5.

The series is known for its gripping plots that gives its viewers an unsettling reality check with a dystopian future. This time, Black Mirror rests upon popular names like Marvel superhero Anthony Mackie and American pop star Miley Cyrus.

The third episode --Rachel, Jack and Ashley Too-- traverses the journey of a pop star and a teen sensation wearing a lucrative wig who struggles between her stage and real-life personalities. Wait, does that remind you of Miley Cyrus in Disney’s Hanna Montana?

Maybe not exactly, but one can easily imagine Rachel, Jack and Ashley Too as Hanna Montana 10 years later with more AI enabled shades. In the 67-minute long episode, we're introduced to a pop star named Ashley O (Cyrus), whose songs are outright bright and positive like her neon-purple wig. However, in real life, she's craving for freedom. Her aunt and manager Catherine is a money loather who instructs Ashley about her songs, lyrics, music and also her rainbows-and-hearts image in front of the fans. She even drugs Ashley which induces her into coma.

The episode also follows the plot of Ashley's teenage fan Rachel (Angourie Rice) and her sister Jack (Madison Davenport). While Jack carries an I-don't-care attitude, her sister Rachel is a loner struggling to make friends in a new neighbourhood. The two plots collide when Ashley introduces her AI robot called Ashley Too and Rachel gets it as her birthday present. Later when Ashley Too sees Ashley O in a coma on a news report, she malfunctions. Jack (who claims to be technologically illiterate) removes a part of the software from her and the robot comes to life, syncing its brain with the real singer. It claims to be a digital copy of Ashley O which had a limiter on its brain previously.

While the makers try hard to infuse the two plots, they remain two separate stories and the characters don't get time to develop. For instance, Rachel who's addicted to Ashley's dolled up AI version gets motivated to participate in a talent show but fails. What happens next? Well, nothing.

Miley goes on to play trapped pop star trying to break free without bringing any depth. Like, fading smiles when the camera goes off and gazing out of the car window on the way back home, Rachel, Jack and Ashley Too gives you every clichéd scene from a fame-against-freedom and finances-against-passion film. In all, it’s a usual struggling pop star story combined with another usual teen story.

Till the end, one tries to get that one moment where you'll go saying "what just happened", but you only have to satisfy yourself with Rachel and Jack turning into spy-kids as they try to save Ashley the singer with Ashley Too the robot. 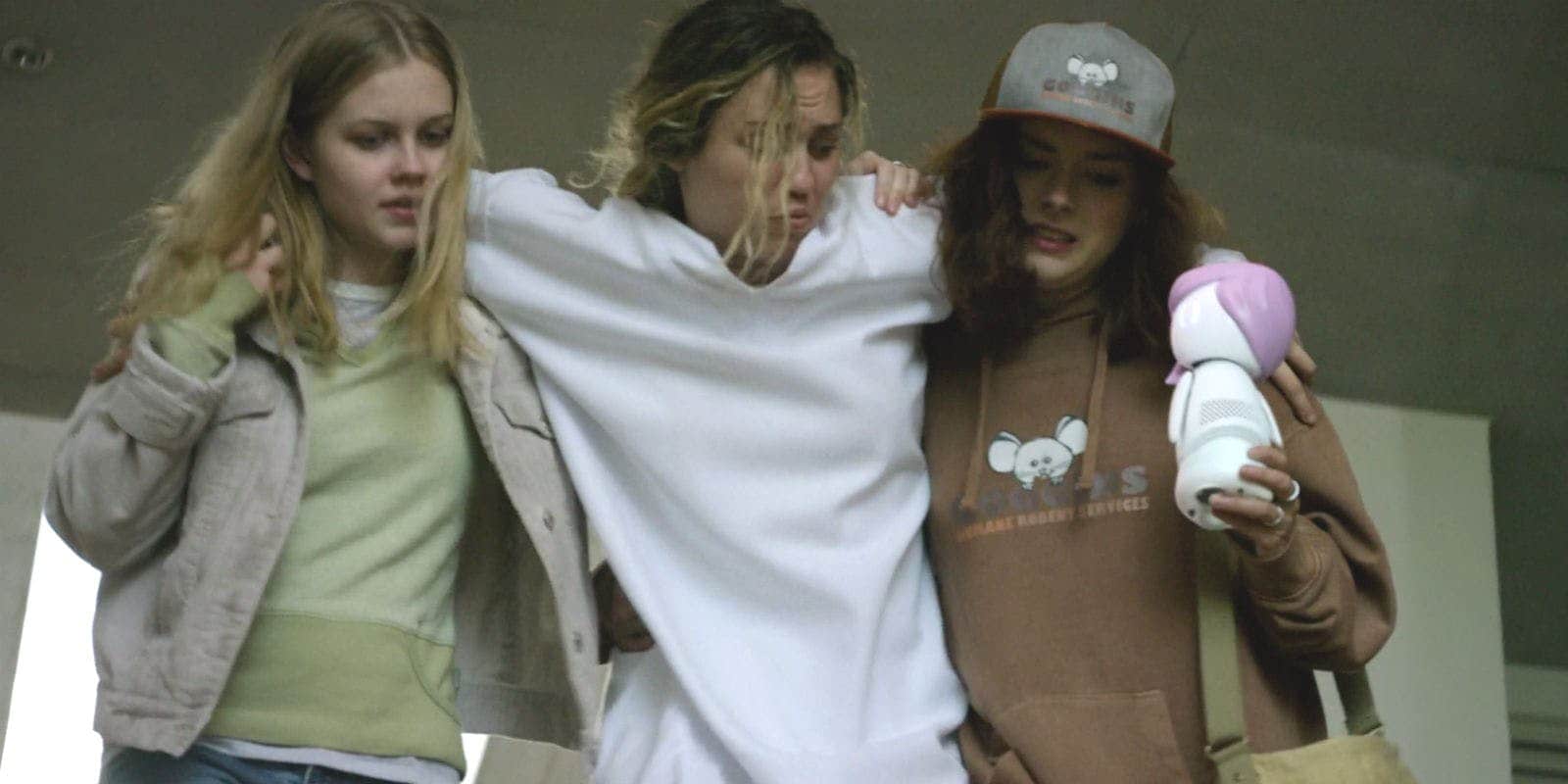 It is not the acting that feels out of place, the three actors have done their job fine, it’s the plot that is so un-Black Mirror-ish. The episode tries to bring the focus to replacing artists with AI techs, sound mixing and the addiction of humans to their gadgets but this exceedingly cutesy entry feels more like a Disney film where you wouldn't mind if a fairy godmother appears in the background. Throughout the run, the episode is too juvenile to be taken seriously.

Read: Black Mirror Smithereens Review: Look Up From Your Cellphones, Grieving Cabbies Around