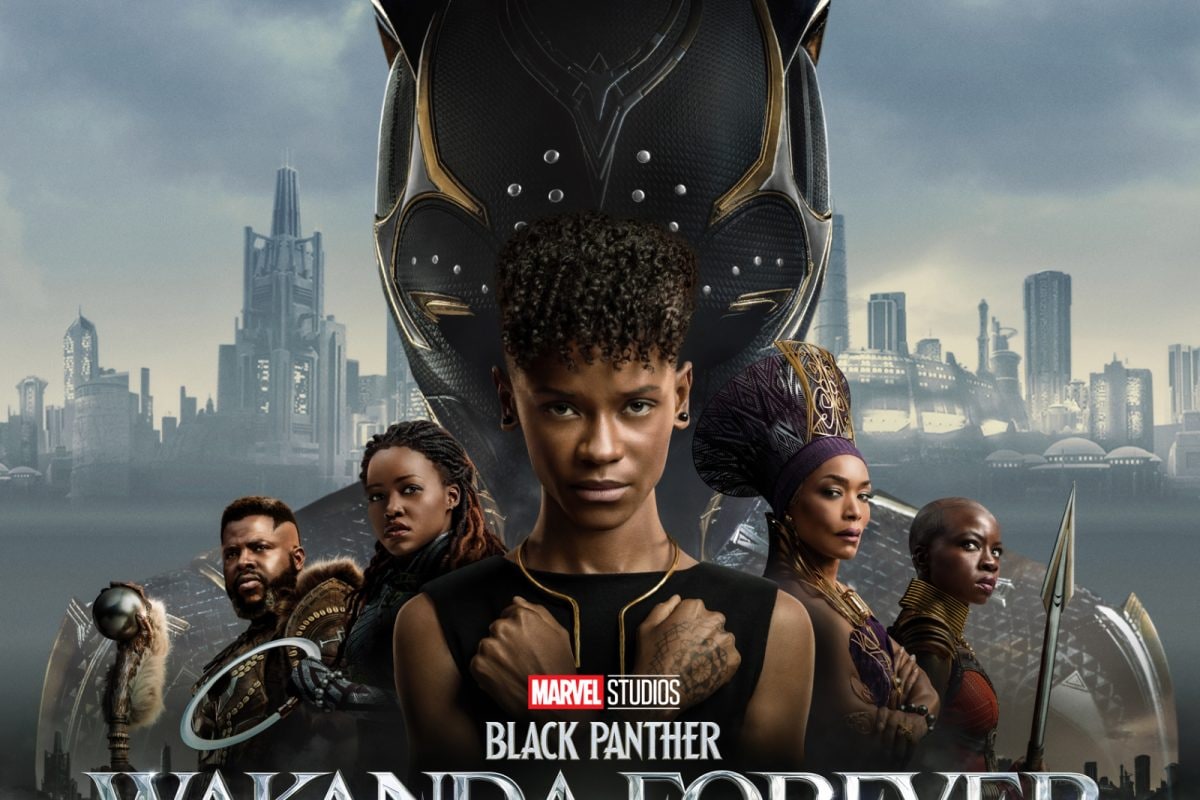 Black Panther Wakanda Forever is not a superhero movie but an emotion for those who have met and loved Chadwick Boseman, on and off-screen.

There is a scene in the first half of Black Panther: Wakanda Forever where Queen Ramonda (played by Angela Bassett) sits Shuri (Letitia Wright) down in an attempt to help her mourn the loss of King T’Challa (late Chadwick Boseman) by the river. The Queen mother informs her that when she sat down to mourn her beloved son’s sudden passing, she felt T’Challa’s presence around her, holding her shoulder, gently reminding her that he is around and nudging her enough to move forward. Although the scene is merely a few minutes, it is the feeling that Chadwick was slowly helping the franchise to move on even though he wasn’t there in every frame that remains throughout the film.

Black Panther: Wakanda Forever revolves around the aftermath of King T’Challa aka Chadwick Boseman’s death. With Queen Ramonda on the throne again and Shuri ensuring that the kingdom is protected, Wakanda was getting back on its feet sans the King. However, threats await the well-guarded kingdom, and this time, it’s not only from nations above land but under the sea as well.

The new Marvel Cinematic Universe film introduces Namor (Tenoch Huerta) and his underwater kingdom, the Aztec city of Talokan. With the fear of being exposed to the world above the sea due to Wakanda, Namor tries to find ways to eliminate the threat. His path of elimination leads to Wakanda crossing paths with Talokan, leading to an epic second half.

Wakanda Forever safely emerges as the best Marvel Cinematic Film of phase 4. The film serves as a reminder that Black Panther might be a part of the grand MCU plan but like Wakanda, the film doesn’t depend on the OG Avengers or the other superheroes present in the universe. Black Panther 2 also surpasses the first film in many ways, making it probably the only solo hero franchise in the MCU to surpass the first film.

Ryan Coogler gets several factors on point — one of the crucial being the elaborate duration: 2 hours and 41 minutes. With previous Marvel films in phase four in a hurry to wrap the film, Coogler takes his time to let the audiences assimilate the loss of T’Challa, the new allies/enemies, and become a part of his fictional world. He mourns Chadwick’s death but doesn’t let his absence become the film altogether.

Another factor that works well for Black Panther 2 is resorting to the old Marvel ways. The chase and fight sequences brought back memories of the much loved three phases of Marvel which, as an OG MCU fan, I was missing in the new phase. But, the script is predictable, much like the old Marvel movies. While it wasn’t much of a botheration for me, a few people hoping for a surprise might be disappointed.

The biggest trump card that Coogler has in the film is the women of Wakanda. Letitia Wright makes you empathise with Shuri as the character struggles between her practical self, the loss of her brother, and following the age-old beliefs of her ancestors. Her on-screen bond with Danai Gurira (who plays Okoye) delivers much-needed comic relief in emotion and action-heavy scenes. Lupita Nyong’o supports the cast with ease.

But it is Angela Bassett who shines the brightest as the bruised queen, struggling to keep her people above her family throughout the film. Outside of Wakanda, Tenoch Huerta as the anti-hero Namor easily steals your attention from Letitia in several scenes. Another character that not only impresses but will leave you excited about the future of the MCU is Dominique Thorne’s Riri Williams aka Iron Heart.

Autumn Durald deserves a mighty mention for the cinematography. She not only presents Wakanda in a different, gloomy light keeping the tone of the film but also takes you on a mini-Avatar-like journey with the Aztec city of Talokan. The CGI work does justice to both nations.

The cinematography is supported well by Ludwig Göransson’s music. Not only does Wakanda Forever live up to the benchmark set by Black Panther’s score and playlist in 2018 but Göransson plays with silence in most scenes, elevating some of the most emotional scenes to their best.

The cherry on the icing is the closing and mid-credit scenes. You not only find yourself swelling up but are also beautifully taken by surprise. The mid-credit scene will go down as one of the most memorable mid-scenes in the history of MCU.

Having said all this, a fair bit of warning that Black Panther: Wakanda Forever is not your quintessential MCU film with crossovers that will blow your mind. The film is not a superhero movie but an emotion for those who have met and loved Chadwick Boseman, on and off-screen.