Can You Spot Ranbir Kapoor’s Jersey in Alia Bhatt’s Selfie?

Alia Bhatt recently posted a selfie on Instagram Stories. In the background of the photo, one can see a framed jersey belonging to Ranbir Kapoor.

Alia Bhatt recently took to her Instagram stories to take part in the viral ‘what should I post a photo off?’ trend. One of the questions that were asked as a part of this challenge read, “22 pic in your camera roll”.

In the reply to it, she shared a selfie in which she can be seen posing in a light grey full sleeves t-shirt. To complete her look, she has worn a pair of hoops. In the background of the photo, one can see her bookshelf and at the extreme back, a framed jersey is also seen. 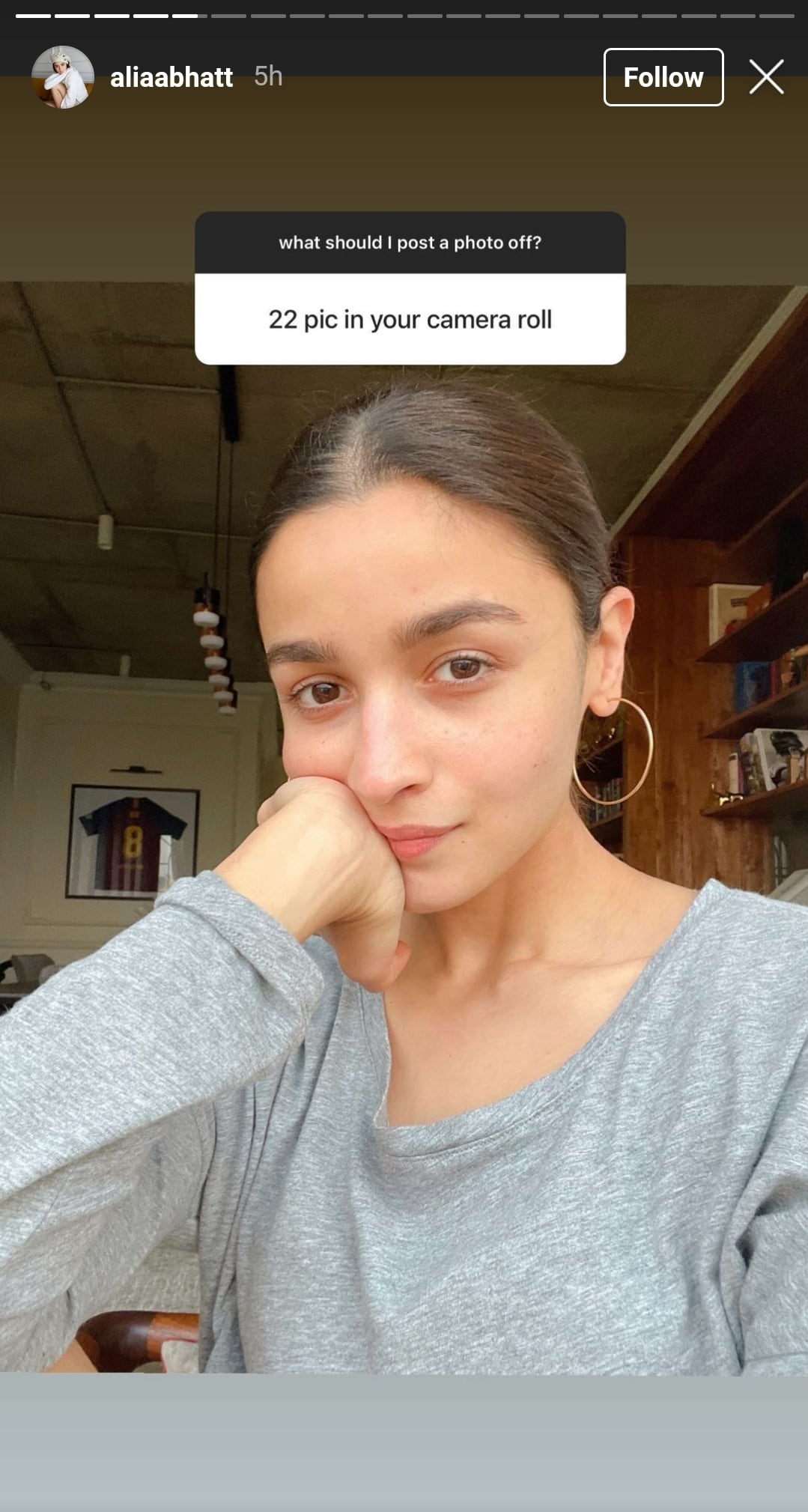 The framed jersey belongs to Ranbir Kapoor as it has number ‘8’ written on the back of it. The actor usually wears a jersey with the said number when he is playing football on the field.

Recently, Alia had travelled to Ranthambore with her family, sister Shaheen Bhatt and mother Soni Razdan along with Ranbir and his family, including mother Neetu Kapoor and sister Ridhima Kapoor Sahni. All of them had gone to ring in the New Year at the exotic location, Quite a few photos from the trip had taken the internet by a storm back then.

Alia anyway has been quite expressive about her love for Ranbir on Instagram. She is also often spotted by the paparazzi with her beau. The actress on Ranbir’s birthday had shared a photo of him with cakes. In the caption of the photo, she had written Happy Birthday ‘8’.

Meanwhile, Ranbir and Alia will soon be seen together in Ayan Mukerji’s trilogy series Brahmāstra. The movie, produced by Karan Johar, is an action fantasy film. Apart from the two lovebirds, the movie will star legendary actor Amitabh Bachchan and Mouni Roy among others. Whenever the film releases, it will come in standard formats, 3D, and IMAX. Alia will also be seen in films titled Gangubai Kathiawadi and RRR.