Class of 2020 and Seth Ji actress Leena Acharya passed away in Mumbai on Saturday affter suffering from a kidney failure. She was in her 30s.

Television actress Leena Acharya passed away in Mumbai on Saturday. She succumbed to kidney failure. She was reportedly battling kidney related ailments for over a year.

Leena had appeared in the web series Class Of 2020 and television shows like Seth Ji, Aap Ke Aa Jane Se and Meri Hanikarak Biwi among others.

Leena’s ‘Class Of 2020’ co-star Rohan Mehraa remembered her on his verified Instagram story. He wrote: “Rest in peace Leena Acharya ma’am. Last year this time we were shooting for Class of 2020. Will miss you.” 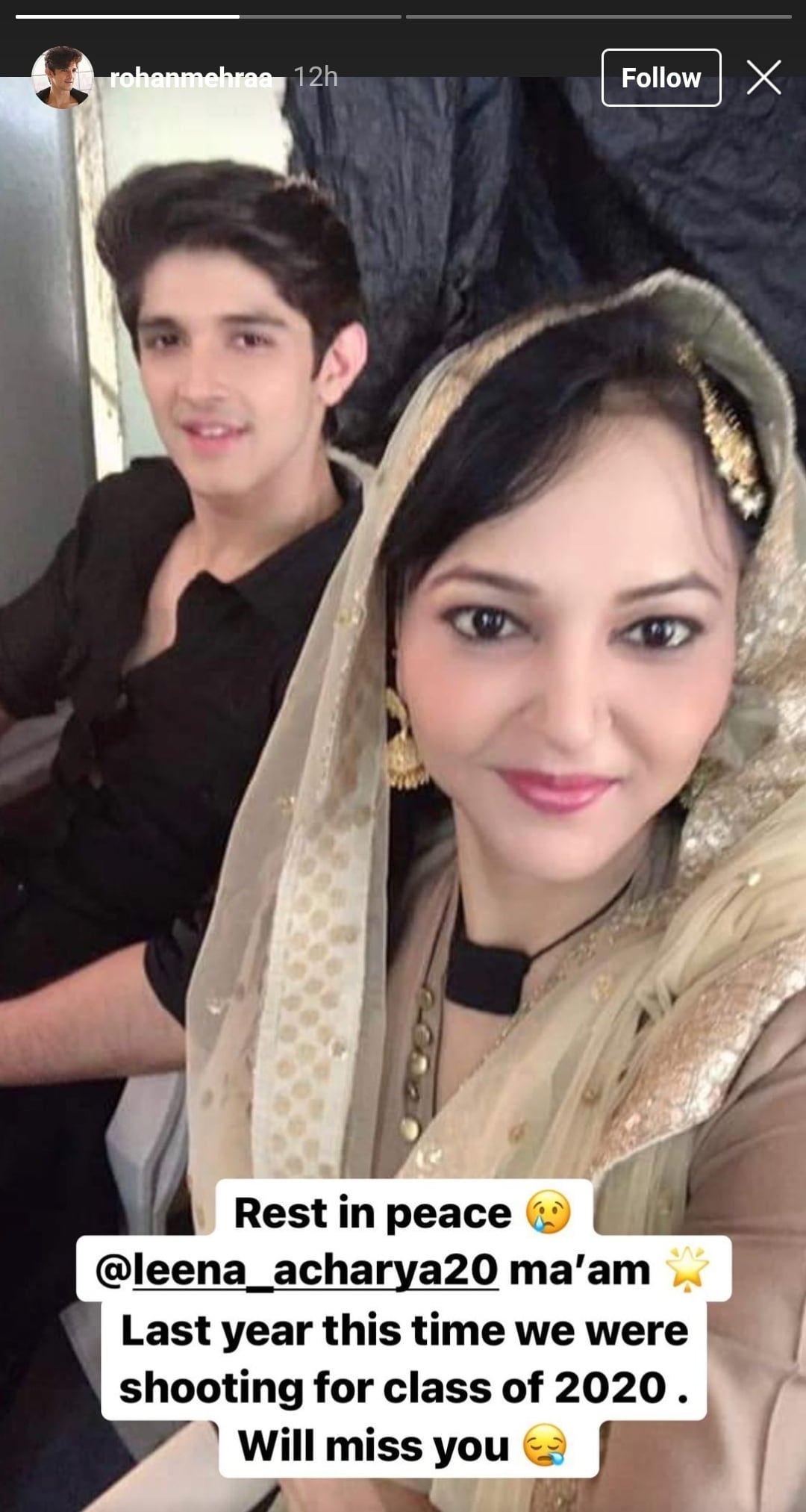 Her Seth Ji co-star Worship Khanna, talked about the actress, saying they had shared a very strong bond on set. “In 2015, I had the opportunity to work with Leena ji. She played my mother on-screen in Seth Ji. I was playing the role of Ganesh Rao, a Maharashtrian. I would call her Maeri instead of Maa. We shared a great bond. Being a bachelor staying alone in Mumbai, she would get food for me and say ‘Betu khana kha le’. She was a very fun loving person,” he told Times of India.

He added, “The actress was suffering from kidney ailment for past one and half years. Her mother donated her kidney a while back, but she didn’t survive.”

Mourning her demise, screenwriter and actor Abhishek Gautam posted in Hindi on Facebook: “My good friend and a great artiste Leena Acharya, who would always stand up for others, bid goodbye to this world and I lost a good friend. You will always be missed my friend.”