Rajkummar Rao, who is gearing up for the release of 'JudgeMentall Hai Kya', talks about how he deals with criticism of his films, why he is not so interested in working with directors making movies for just commercial gains & more.

Rajkummar Rao, who is gearing up for the release of 'JudgeMentall Hai Kya', talks about how he deals with criticism of his films, why he is not so interested in working with directors making movies for just commercial gains & more.

Rajkummar Rao doesn't shy away from taking on the subjects that make other people sweat and the actor says it’s because he never wanted to chase anything apart from “pure craft”.

“I never wanted to be an actor because I wanted fame or money. To me, it was genuinely about loving what you do,” the actor said on the sidelines of Entrepreneur India’s Franchise and Start Up Summit 2019.

Rao’s most roles are unforgettable. Whether he is playing an earnest young government clerk or a lover with an aching heart, his portrayals often make the audience reconsider their own moral choices. In his forthcoming movie, JudgeMentall Hai Kya, the actor plays the role of a murder suspect, Keshav. The film’s trailer has garnered much appreciation for Rao as well as his co-star Kangana Ranaut, but unfortunately, the movie has been hitting headlines for all the wrong reasons.

First came the release date clash with Hrithik Roshan’s Super 30. Ranaut and Roshan had a very public tiff in 2016 that involved the two making personal attacks and issuing legal notices to one another. Then there was a controversy over its original title — Mental Hai Kya.

And most recently, Ranaut’s ugly spat with a journalist during a song launch event of JudgeMentall Hai Kya in Mumbai. The actress accused the journalist of running a "smear campaign" against her and her last release Manikarnika. 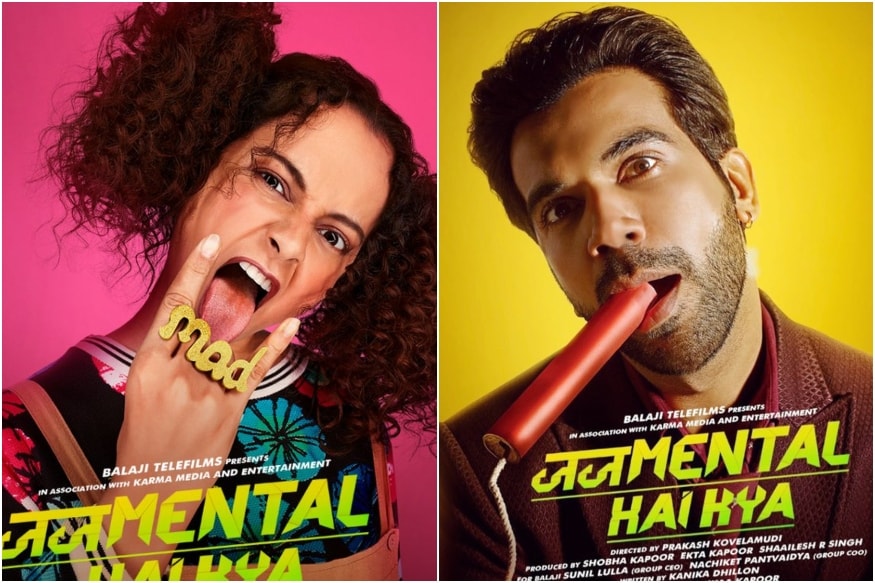 Ranaut alleged the journalist had been writing “bad” things about her work and even called her “a jingoistic woman who is making a movie on nationalism” in his articles. The incident was condemned by a large section of the media, evoking a sharp response from a guild of the entertainment journalists which imposed a ban on her, apart from demanding an apology from her. The whole episode has sparked a fierce debate around the process of analysing and evaluating films.

When asked whether he ever felt a film critic had gone overboard with their criticism while critiquing his movie, Rao tried to offer a different perspective that had a more complete view.

“I’m open to constructive criticism. Somebody is seeing your performance from an outside perspective and these are people who watch films day and day out, and if they are trying to tell you something that you can improve on and become a better actor, then why not? So, I see it (film criticism) as a good thing. I think people should write about your work, otherwise you’ll never know what’s working and not working. I believe only box office success doesn’t mean that you’re growing as an artiste,” Rao explained.

Rao, who has been in the business for almost a decade now, saw his rise to stardom with a string of critically lauded performances in Shahid, Citylights, Aligarh, Trapped, Bareilly Ki Barfi, Newton, Omerta and Stree. But at the same time, he’s been a part of a couple of films that failed drastically.

Rajkummar Rao in a still from Stree(L) and Omerta.

“I do fear failure sometimes, but that’s not the fear of failure of my performances. It’s about the films. As long as I’m being honest toward my work and people are writing about it that doesn’t mean I’m a failure. Sometimes the film doesn’t work and that’s the most important thing. The film should work and then people should talk about your work. But you can always try and that’s the risk of our business. Every Friday things change here. You can be very sure about a film but sometimes it just won’t work. You just never know what’s going to happen every Friday,” Rao said.

Rao also talked about why he is not so interested in working with filmmakers who make movies keeping a certain box office target in mind.

“I spend a lot of time with my directors before saying yes to their project. I’d like to see whether the director is visualising the movie like the way I’m and whether we’re on the same page. But the moment I feel that the director is seeing it from a very different perspective and wants to make it a very ‘masala’ film even when it’s not meant to be a ‘masala’ entertainer just because they want to earn Rs 100 crore at the box office then I have my doubts. But if somebody really wants to tell a story then that’s a kick for me to say yes to the project.”

Citing the example of his last release Stree, which became one of the highest grossing movies of 2018, Rao elaborated, “I remember meeting Amar Kaushik for the first time for Stree and I really liked him. There was a lot of synergy in that room. Because the motive was to tell a good story in the best way possible and not looking for anything else.”