Alia Bhatt and Shefali Shah in a still from Darlings, that is out on Netflix today. 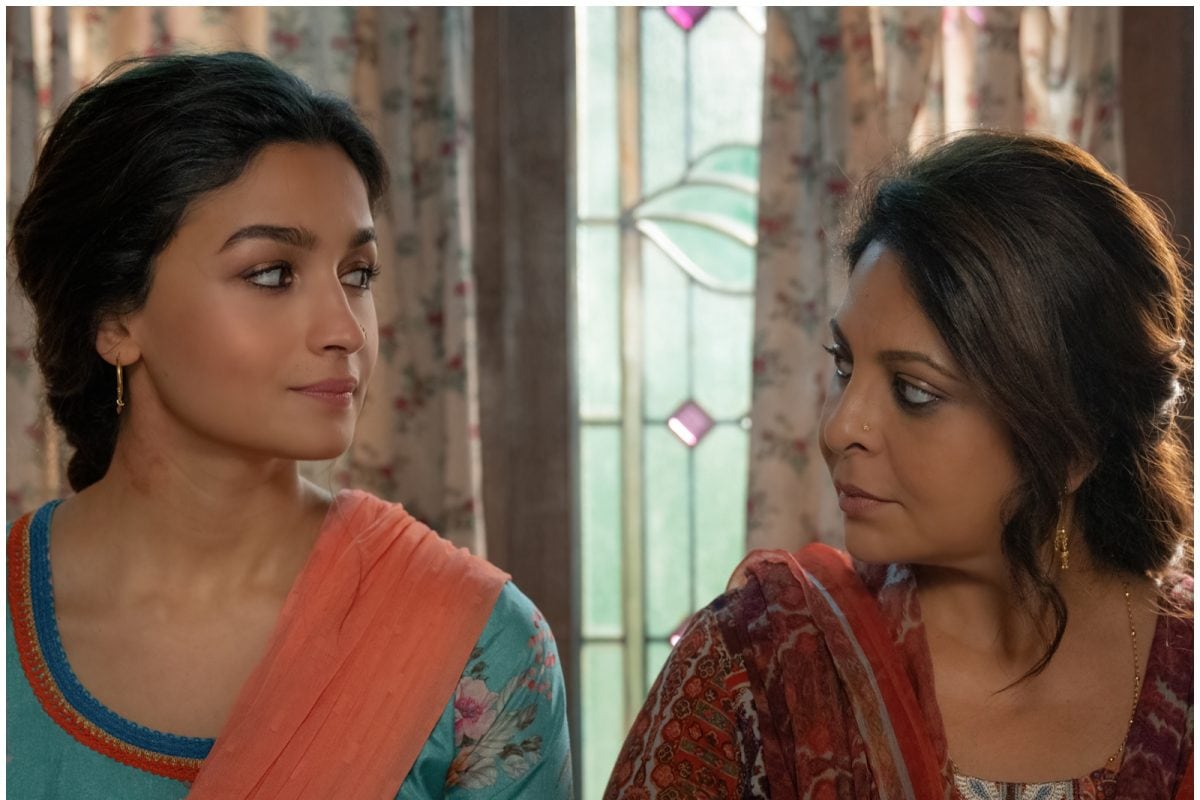 Alia Bhatt chose a sensitive topic like domestic violence as the debut project for her production house. Instead of making a hard-hitting film on it, the story has been wrapped in the garb of a black comedy. But it is the characters’ hopes, dreams and despair that will remain with you till the end, after the credits roll.

Badrunissa (Alia Bhatt) falls in love and marries Hamza (Vijay Varma) who turns out to be an alcoholic who beats his wife. Her mother Shamshunnisa (Shefali Shah) stays in the same chawl in Byculla and encourages her daughter daily to get rid of her abusive husband. But Alia, like many women, has still not lost hope. She wants to have a baby with her husband, fulfill the dreams she had seen with this man and keeps looking for ways to reform him.

The film might be triggering for a lot of us independent women who wouldn’t put up with abusive behavior even for a day. Darlings will anger you, infuriate you, especially after we have had films like Thappad. But you will have to set aside your ideas of right and wrong and try to understand Badru’s desperation to keep her relationship alive, and wait patiently for the limit of her patience.

The question of right and wrong arises many a times in the film, especially in the climax when Badru has to make a decision that will change her life forever. Throughout the film, there is a tussle playing out between the mother who is in favour of more drastic steps, while the daughter follows her heart, until her last hope is also snuffed out, changing the very core of her beliefs.

Alia Bhatt plays her part brilliantly as the gullible wife who believes she can change her husband. She shoulders the film as an actor as well, as is expected from someone who has delivered Udta Punjab, Gully Boy and Gangubai Kathiawadi. There are times when Badru reminds you of Safeena from Gully Boy.

Darlings reminded me of Gangubai Kathiawadi in moments of Badru’s vulnerability – victim of her circumstances but trying to make the most of it. When she is breaking plates after another episode of abuse and Zulfi (Roshan Matthew) comes in to check on her, it reminded me of Afsaan’s affection for Gangu. But there is a twist in the story here as well.

Vijay Varma seems to have become a master of grey-shaded characters, shedding crocodile tears to get his way, switching from loving husband to a violent demon in the blink of an eye.

Shefali plays a practical mother who is trying to show her daughter the reality of her marriage. She pulls off the quirky role with ease, and is the main source of comic relief in many scenes. Alia and Shefali are totally entertaining as mother and daughter on screen.

Alia Bhatt, Shefali Shah and Vijay Varma’s performances are the brightest parts in this otherwise grim reality that the film represents.

Despite being a black comedy, the film has no elaborate or hilarious comic scene, and mostly remains an emotional affair. The production design and attention to detail is commendable, as is the pace of editing. Director Jasmeet K Reen has done a good job of telling the story without going into too many complications, while also maintaining a sense of dread all through the narrative. Some of the well-directed scenes are the build-ups to episodes of violence between Hamza and Badru. Darlings has good situational songs like La Ilaaj, Bhasad, and Pleaj, which capture the mood quite well.

Darlings might not be the best black comedy out there, but it definitely is worth a watch, especially if you are looking for stories about strong women taking charge of their own lives.