Actor Deepika Padukone is a part of the competition jury at the Cannes Film Festival this year.

Bollywood actress Deepika Padukone is part of the Cannes Film Festival Jury 2022 and was seen arriving to dine with her fellow jurors in France on Monday evening. Deepika looked absolutely stunning in her first appearance at the 75th edition of the Cannes film festival. 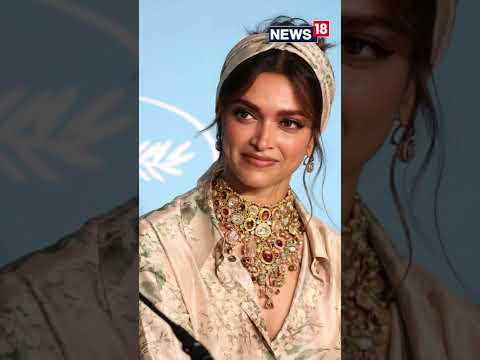 Deepika also shared a sneak peek with her fans on Instagram as she landed in France for the gala. In the video, Deepika is finding it hard to choose between eating or sleeping.

French actor Vincent Lindon is the president of the jury for the 75th edition, which kicks off today. Lindon, who won the 2015 Best Actor award at Cannes for The Measure of a Man, starred in last year’s Palme d’Or winner ‘Titane’.

Joining Lindon on the jury panel along with Deepika are actor-director Rebecca Hall, Noomi Rapace, and Italian actor-director Jasmine Trinca, as well as directors Asghar Farhadi, Ladj Ly, Jeff Nichols, and Joachim Trier. The jury will pick the winners of this year’s Palme d’Or honours at a gala ceremony in Cannes on May 28.

Also Read : Deepika Padukone Blows Kiss in Super Hot Embellished Gown on Cannes Red Carpet
According to reports, Deepika, who has been a red carpet regular at the Cannes film festival since 2017, is expected to walk for all ten days. In a statement, posted on the official website of the festival, Lindon said, “It is a great honour and source of pride to be entrusted, in the midst of the tumult of all the events we are going through in the world, with the splendid, weighty task of chairing the Jury of the 75th International Cannes Film Festival.” “With my jury, we will strive to take the best possible care of the films of the future, all of which carry the same secret hope of courage, loyalty and freedom, with a mission to move the greatest number of women and men by speaking to them of their common wounds and joys. Culture helps the human soul to rise and hope for tomorrow.”

The #Cannes2022 jury waves to the crowds at opening night. pic.twitter.com/YR4F7YMjw6

Deepika Padukone has been taking the internet by storm with her back-to-back stylish appearances at the Cannes Film Festival.

Deepika Padukone, who is serving as a jury member at this year’s Cannes Film Festival, looked stunning in her latest appearance at the Red Carpet.