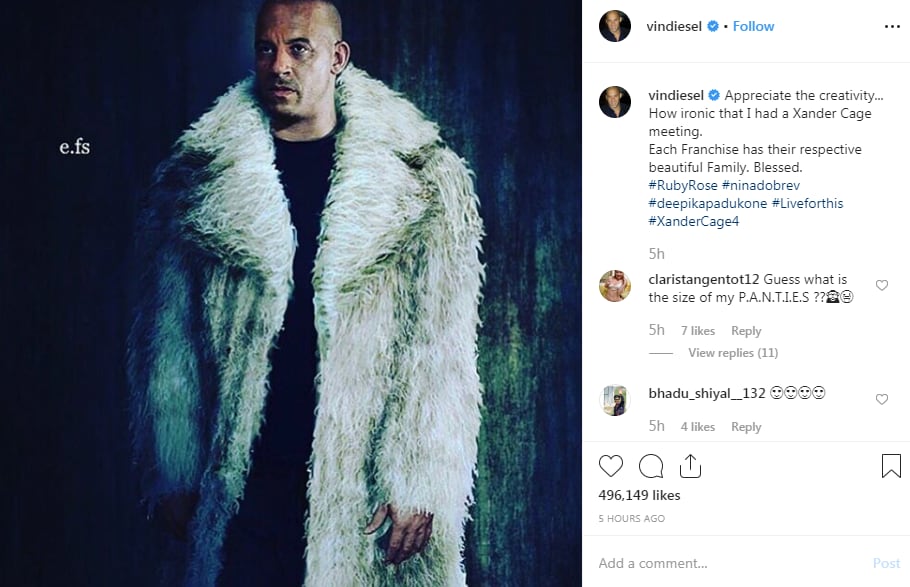 Meanwhile, Diesel is all set to return with Fast 9, trailer update of which is still awaited by fans of the action franchise.

Padukone, on the other hand, has recently revealed the trailer of her forthcoming feature Chhapaak, releasing January 2020. The film takes inspiration from the life and times of acid-attack survivor Laxmi Agarwal. Post that she will be seen in another biographic role. In '83, she plays Romi Bhatia, wife of Kapil Dev, played by Ranveer Singh. '83 releases in April.

Topping it all, Padukone has also announced her role as Draupadi in an upcoming feature based on the character from Mahabharata. It will be interesting to See Padukone reunite with Diesel for a Xander Cage sequel though. Wouldn't it?