Sushant Singh Rajput's 'Dil Bechara' sees him play a 20-something boy who is diagnosed with terminal illness and is battling against time.

An actor's journey on screen sees him dabble with various characters, but enduring tragedy has been the hero's ultimate tribute to cinema and art. Many classics work on an emotional premise with sad endings included in the narrative and strangely, but understandably so, catharsis does reel in viewers as much as action, comedy, romance or any other genre.

Sushant Singh Rajput's posthumous release Dil Bechara is releasing today and all eyes will be glued to the screens as we bid adieu to a beloved soul. Sushant passed away at the age of 34 in Mumbai, leaving those around him grief-stricken. 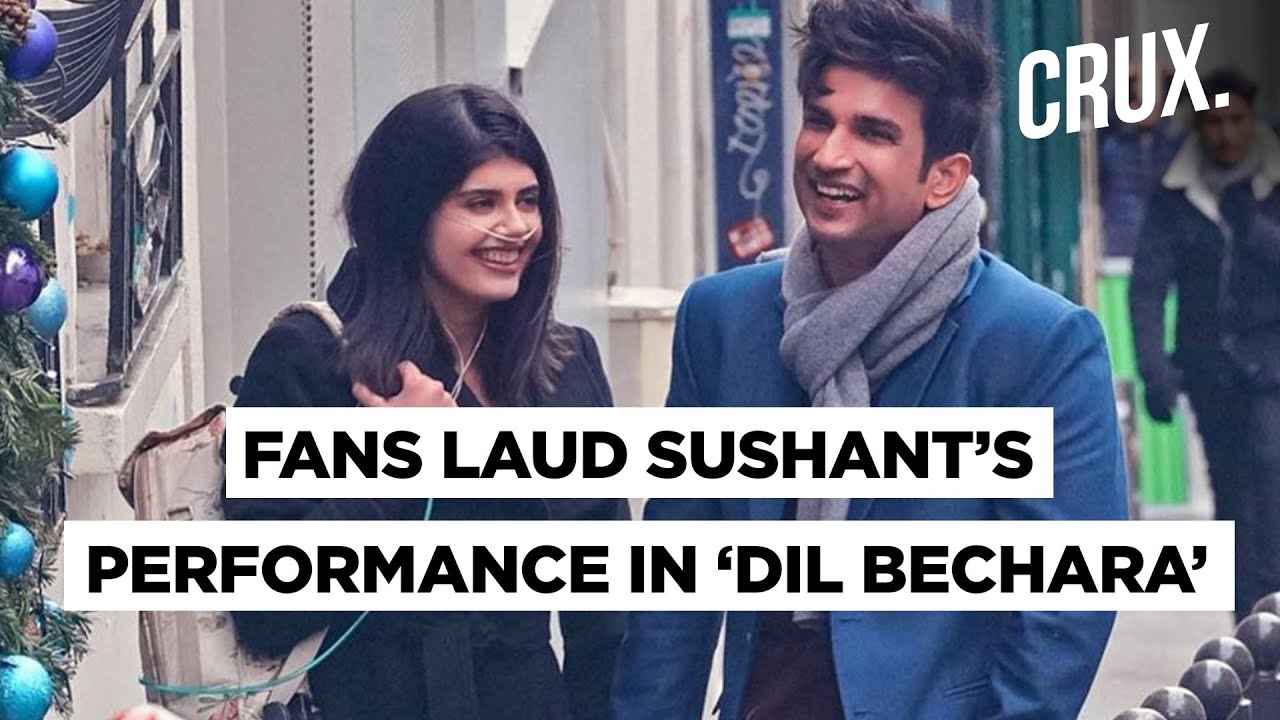 Remake of The Fault In Our Stars, Dil Bechara is the tale of a terminally ill young girl who meets an ever-smiling boy in group therapy. Before they know it, sparks fly. The couple's race is against time as both are headed towards untimely death. The dilemma is how to live in the fullest before the end.

A story of love, of hope, and of endless memories. Celebrating our dearest, and the late #SushantSinghRajput ‘s legacy that will be etched in the minds of all and cherished forever. #DilBechara is going to be coming to EVERYONE on @DisneyPlusHotstar on July 24. For the love of Sushant and his love for cinema, the movie will be available to all subscribers and non-subscribers. #SushantSinghRajput @mukeshchhabracc @arrahman @swastikamukherjee13 @sahilvaid24 #SaswataChatterjee @shashankkhaitan @foxstarhindi @sonymusicindia @disneyplushotstarvip @suprotimsengupta @amitabhbhattacharyaofficial #SaifAliKhan

Sushant plays Manny in the movie, a boy in his early 20s. An over-achiever in sports, who, when diagnosed with illness, had to get his leg amputated. But the cheer in his life is ever-present and Manny has somehow decided to move on to do better things till time lasts.

After watching The Fault in Our Stars, one will be amazed to see how Dil Bechara seems like a role that is cut out for Sushant. Right from the young boy's infectious smile, to his geeky set up at home and choice of casual clothing, Sushant may have gotten a role so close to his real-life that one may also begin to find parallels between the actor's ill fate and that of the character's by the end of movie's runtime.

As much as Manny is central to the movie, Dil Bechara is Kizie's story above all. How a girl finds happiness and hope that is time bound is something that not only forms a compelling backdrop but is also a statement on no matter how bleak things may seem, there's always light at the end of the tunnel. Sanjana Sanghi steps into Kizie's shoes and a lot of emotional substance in Dil Bechara will be riding on her shoulders.

Sushant's character Manny does follow a fixed trajectory-- from living to dead-- but Kizie's tale goes beyond it. The ending leaves space for interpretation to take over and it will be interesting to see how Mukesh Chhabra, the director, has worked with his characters bound towards tragedy.

A major change in Bollywood treatment will see song and dance sequences, which one would not mind knowing Sushant's penchant for masala entertainment and how good he was in these aspects. AR Rahman's music will be providing the emotional Dil Bechara plot line with the much needed weight and we hope the venture holds together like the original movie.

Additionally, Saif Ali Khan plays a small but central role in Dil Bechara. The part of a fiction writer.

Dil Bechara streams on Disney+Hotstar at 7:30 pm on Friday.
Tags: