Legendary actor Dilip Kumar passed away on Wednesday, July 7. His funeral will take place at 5 PM in Mumbai's Juhu with full state honours.

Legendary Indian thespian Dilip Kumar, passed away on Wednesday morning after prolonged bouts of illnesses, his family and aides said. Kumar’s funeral was held at the Juhu Muslim Cemetery in Santacruz west, around 5 p.m. on Wednesday evening.

The thespian’s last rites were held as per State Honours, at the instruction of Maharashtra CM Uddhav Thackeray. The actor was wrapped in the Indian Tricolour and was honoured by officers of the Mumbai police, as per protocols.

Exclusive shots from the funeral ground by where Dilip Sahab has been buried:

At 4pm on Wednesday, Kumar’s body was taken to the Juhu Muslim Cemetery, where his last rites will be done according to State honours.

The legendary actor was wrapped in the Tricolour as per state funeral protocols.

Friends and family gathered to pay respects for the last time.

Veteran actor Dilip Kumar's family, friends gather at his residence ahead of his State funeral, which will be held today at 5 pm in Santacruz, Mumbai. The actor passed away this morning at the age of 98. pic.twitter.com/eY9wh2XQZn

Around 1.30 p.m on Wednesday, Mumbai Police officer’s marched to the late actor’s home to bestow upon him the State honours.

Around 9.30 a.m., an ambulance carrying Dilip Kumar’s body left for his home in Bandra west, with his wife of 55-years Saira Banu Khan accompanying along with some family members.

Actor Dharmendra present at the actor's residence says, "I have lost my brother today. I will live with his memories in my heart." pic.twitter.com/fuASQN3HJV

Many actors from the film fraternity have arrived at Dilip Kumar’s Bandra residence to attend his last rites. Shah Rukh Khan, Karan Johar Shabana Azmi, Vidya Balan, Dharmendra, Anupam Kher, Johnny Lever and others were photographed while on their way to pay respects. 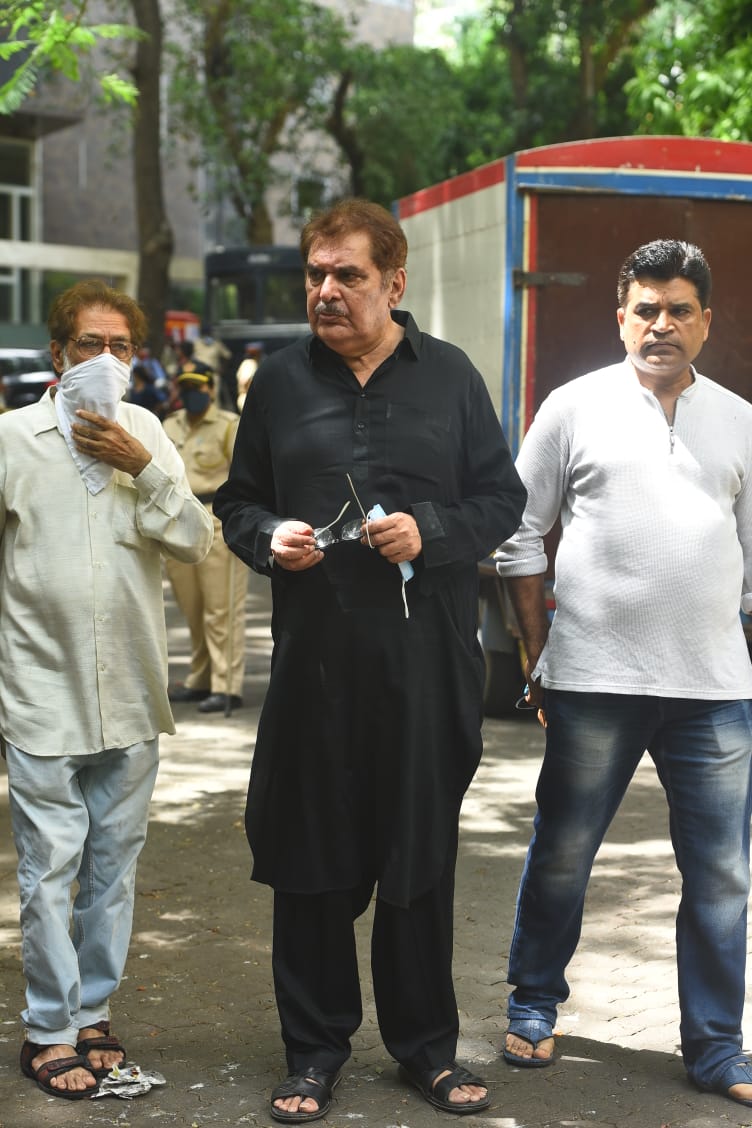 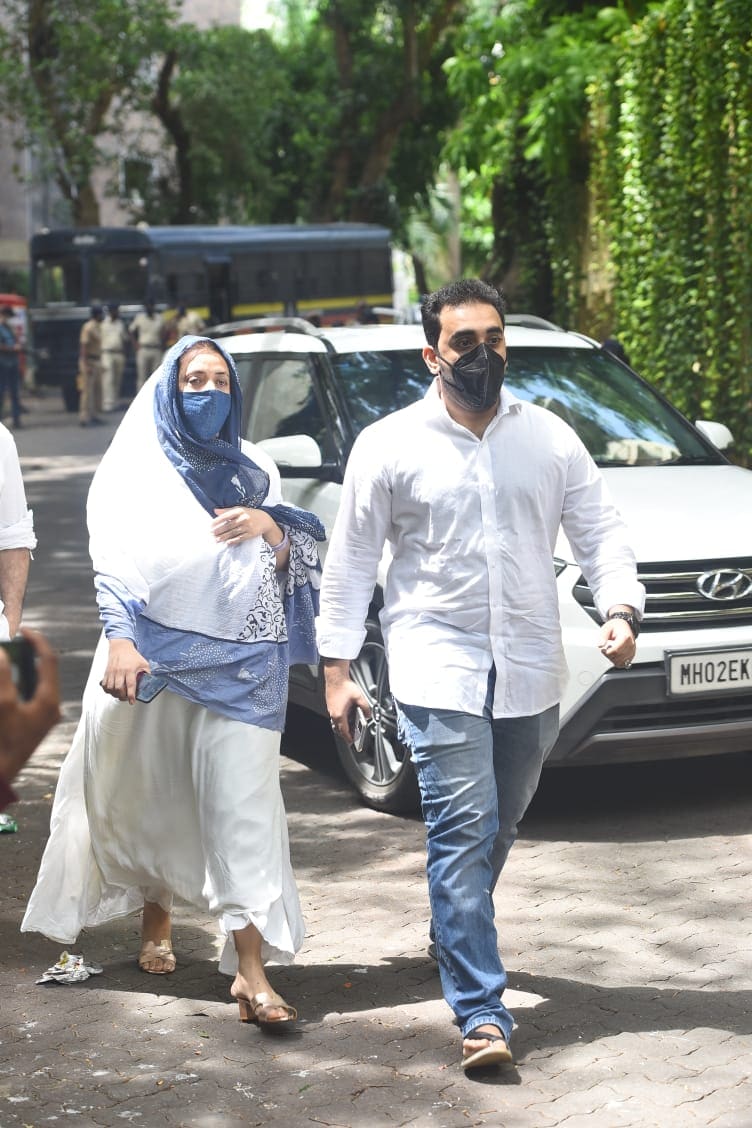 Anil Kapoor and Shah Rukh Khan were photographed inside the residence.

On Wednesday morning, Kumar’s close aide Faisal Farooqui took to Twitter to convey that the actor had passed away. “With a heavy heart and profound grief, I announce the passing away of our beloved Dilip Saab a few minutes ago. We are from God and to Him we return,” he wrote.

With a heavy heart and profound grief, I announce the passing away of our beloved Dilip Saab, few minutes ago.

We are from God and to Him we return. – Faisal Farooqui

Dilip Kumar had been admitted to the P.D. Hinduja Hospital on June 30 for a variety of age-related health issues.

Dilip Kumar started his career in 1944 with Jwar Bhata and had his breakout performance in 1949’s Andaz. Touted as India’s first superstar, Dilip Kumar delivered memorable roles in films like Mughal-e-Azam, Devdas, Naya Daur, Paigham, Madhumati, Gunga Jamuna among others.