Disha's fashion and her style is quite popular among fans who are recreating her looks 'on a budget' and sharing pics on social media only to invite praise from the actress.

Disha Patani has been a fan favourite for her fashion choices, so much so that admirers are recreating her famous looks and sharing pictures on social media. Recently, two of Disha's most loved fashion outings made it to the list of her fans who recreated them in zero cost.

Disha donned a red bodycon dress at the success party of Malang recently, which became a hit among her fans. Sahil recreated the look which was later shared by Disha on her Insta stories. In another instance, Neel Ranaut, who has time and again recreated Disha's outfits on social media, also took cues from her extremely popular Calvin Klein photoshoot and attempted to re imagine her sports bra and unbuttoned jeans look in his own way.

Read: Disha Patani Shares TikTok Star's Remake of Her Clothes on 'No Budget' 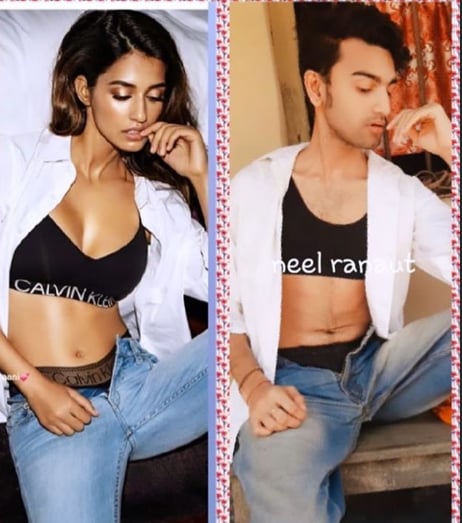 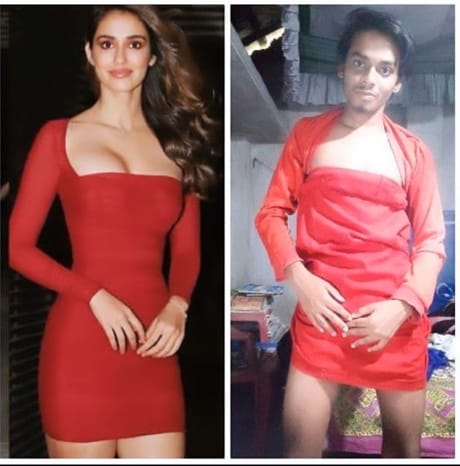 On the work front, Disha was last seen in Malang and also featured in a song sequence in Tiger Shroff's Baaghi 3 titled Do You Love Me. She has been cast opposite Aditya Roy Kapur, Tara Sutaria and John Abraham in Ek Villain 2. 2020 will also see Disha's films-- Radhe: Your Most Wanted Bhai and KTina-- releasing as well.