Dusshera 2020: How Creative are Indian Minds in Depicting Mythology

Dusshera 2020 is a good time to reflect on how Indian filmmakers and creative minds have looked at mythology for adaptations and for changing audiences' taste.

Indian mythology is a rich source of tradition and culture that defines us as a society. Dusshera 2020 is upon us and it is as good a time as any to reflect upon the ways in which various narratives found in texts from the past instill in us, even today, a sense of belonging and oneness, how youth identifies with the almighty beyond confines of religion and analyse whether or not these popular stories still find meaning in our modern lives.

Starting with stage plays, Ram Leela is one of the more early formats through which mythology found expression in art and entertainment. Elaborate costumes, dramatic and theatrical-style exposition by the performing artists and diegetic sounds are the prominent features of this form of expression. While the script remained true to the source, directors took liberty in ways they managed artists.

Cross-dressing was also employed as and when required and such outings would last over a few days, with returning audiences. Enjoyable and engaging for many, these early plays based on Hindu mythology did not look beyond mere enactment of various scenes on paper. However, it did provide a platform for like-minded people to enjoy cultural representation under one roof. Ramleela is still very popular and performed and watched on massive scale even today.

With the advent of TV, Indian mythology appealed to audiences even more as it could be enjoyed directly from the comfort of one's home and with family members. A major departure was witnessed in consumption patterns as heads of family insisted that programmes such as Mahabharata and Ramayana be watched together. Half-hour or hour long episodes, on daily or weekly basis, ensured housewives could also enjoy family time, which seemed a little problematic with stage plays running over long hours and over a longer period of time.

Re-runs added to the popularity of such mytho shows and it kickstarted a trend of entertainment business that enjoys massive following and appreciation even today. Meanwhile, the problems with TV adaptations were somewhat similar to theatre performances. Male and female leads of such shows were made out to be ideal in every possible way as the source material was not much challenged, questioned or even interpreted beyond the obvious.

Good thing was, the idiot box skyrocketed the popularity of the mytho genre to massive proportions and made it popular among audience of all age groups.

Meanwhile, the movies still try to find space for mythology and its rightful depiction for changing and evolving viewers. Makers used stray scenes referring to Dussehra imagery of burning Ravana or named their characters Ram, Laksham, Sita and others to familiarise audiences with certain values, but, it was mostly tokenism or done to add buzz around the project's festive release.

Creative liberty was theirs to avail and it offered to change the landscape of interpretation of mythology forever. But most producers and directors refrained and it still remains one of the least explored genres in filmmaking, despite India's cultural and literary legacy being deep and profound. One of the reasons for not choosing an out-and-out mythology adaptation could be because of the enormous budget it would cost to create a setting and period as such. 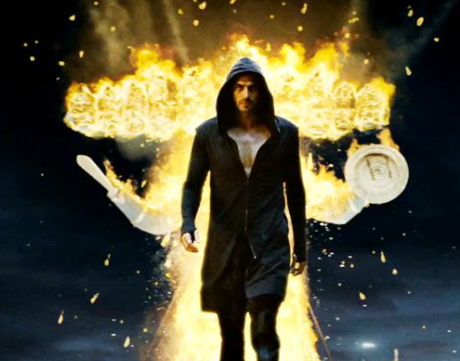 Still in its nascent stage, web series are on par with Bollywood movies in depiction of source mythology. The problem here is more or less the same but given the amount of time digital format has been around, there is still promise that streaming business will be making strides in bringing mythology back in popular demand, albeit with a fresh perspective.

The point being that the triumph of good over evil is an adage that rings true with watchers across the globe. In India, the very concept gushes forth from mythology and for long it has been overlooked in cinematic outings.

While upcoming films such as Deepika Padukone's Mahabharata adaptation, in which she plays Draupadi, and Prabhas starrer Adipurush are some of the anticipated adaptations, it remains to be witnessed with what intent makers approach these highly awaited projects for maturing audience and adapt to their taste.