Actress Tarla Joshi, who worked in Ek Hazaron Mein Mein Meri Behna Hai and Sarabhai Vs Sarabhai, passed away due to a heart attack on of June 6.

Veteran TV actor Tarla Joshi passed away due to a heart attack on the morning of June 6. She portrayed the role of Badi Beeji in popular daily soap Ek Hazaron Mein Mein Meri Behna Hai. Co-stars of the daily soap mourned the loss of a lovable actor. TV queen Nia Sharma, who played the role of Maanvi in the show, informed about the demise of the veteran actress by sharing a fan page post. In a series of Instagram stories, Nia shared pictures of Joshi and remembered the good old days.

First sharing a collage of pictures with her, Nia wrote that that the veteran actress will be missed. ‘Rest in Peace,’ the actor titled the photos. In another picture with multiple hearts, Nia mentioned that Joshi will always remain their ‘badi beeji.’ 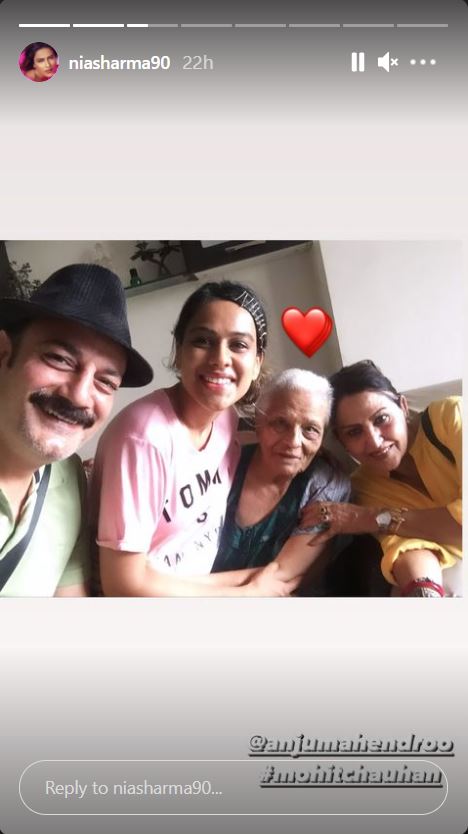 Veteran actress Anju also mourned the loss of her co-star. The actress wrote that she used to always look up to Joshi as a mother figure and will defiantly miss her. Rest in eternal peace, she added. Several fans dropped their condolences in the comment section. On Anju’s post, Krystle Dsouza wrote that she will miss her “badi B”

Tagging other actors of the daily soap, including Krystle Dsouza and Karan Tacker in a post, actor Kushal Tandon paid a heartfelt tribute to Joshi.

Daily soap Ek Hazaron Mein Meri Behna Hai, which was launched in 2011 on Star Plus, enjoyed great success for over two years. Veteran actress Joshi played the role of great grandmother of Jeevika and Manvi, which were played by Krystle and Nia respectively.Apart from that, Joshi has garnered immense love and praise for her performance in daily soaps like Sarabhai vs Sarabhai and Bandini. Very few know that she had started her career as a costume designer.