September 25 marks the one year anniversary of Star Plus show 'Kasautii Zindagii Kay' and lead star Erica Fernandes celebrated the occasion with a candid selfie from the sets.

While there may be much speculation around who will be the next Komolika in Kasautii Zindagii Kay, actress Erica Fernandes celebrated one year of the hit daily soap with her 'Prerna Sharma' look pic on social media. Erica posted a selfie of herself to her Instagram stories in which she can be seen in her avatar as the ideal woman on Indian television--Prerna.

The pic shows her dressed in pink coloured, printed saree with green blouse. The actress wore heavy jewelry, which complimented her beauty multiple times. The image must have been taken by the actress in between shoot time and we can expect a major celebration on the sets today, especially and with the likes of Parth Samthaan and Karan Singh Grover present. One can expect a whole lot of fun on the sets.

Overlaying the happy picture that Erica shared on the first year anniversary of the daily soap, she wrote, "Prerna Sharma, One Year of Kasautii."

Check out the image below: 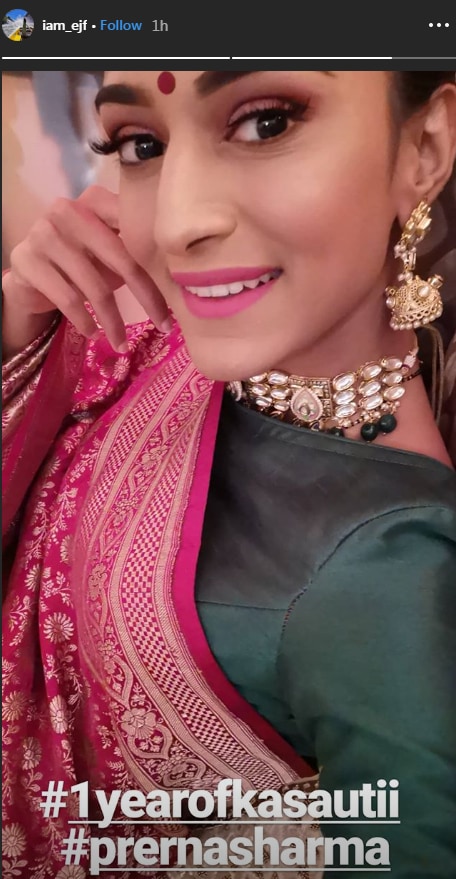