As Chris Evans’ story arc as Captain America finally comes to an end in Avengers Endgame, we really hope he would get time to do what he has truly been wanting to all these years.

For years, you have known Chris Evans as Steve Rogers or rather Captain America or simply Cap cool. Evans played the courageous superhero with a megawatt smile in total nine Marvel Cinematic Universe (MCU) films, starting from Captain America: The First Avenger in 2011. Soon, he was trapped into an image of a conventional idea of heroism. While his fan base grew bigger and stronger, each time a Captain America film released, Evans’ eccentric side somewhere remained unexplored.

Evans was, however, starring in Marvel movies long before his iconic run as Captain America. In 2005, Evans played Johnny Storm, aka Human Torch, in 2005’s Fantastic Four and its 2007 sequel Rise of the Silver Surfer. Even though the Fantastic Four failed to gain favours from the critics, it went on to earn USD 154 million domestically. Around the same time, Evans’ Sunshine hit the theatres, and it is the actor’s favourite of his own films. The Danny Boyle-directed movie took the sci-fi space genre to a whole new level with brilliant performances from Cillian Murphy, Rose Byrne, Michelle Yeoh and Evans.

In an interview with Moviefone in 2011, the actor sighed, “Everybody goes and sees Fantastic Four, but nobody sees Sunshine. I'd have a different career if people saw that. All my good movies, nobody sees." Evans hasn’t always been the righteous superhero that the world sees him as. In fact, on either side of landing the title role of Captain America in MCU franchise, the actor has appeared in a number of critically-acclaimed movies— from Scott Pilgrim Vs. The World to Puncture to Gifted to The Iceman and finally Snowpiercer, all of which showcased Evans’ varying degrees of acting talent and success as both a leading man and a secondary support.

But sadly, Evans’ superhero fame always seemed to overshadow the real artiste inside him. He, in fact, tried his hands at direction with 2014 indie romance drama Before We Go, in which he starred alongside Alice Eve. The film received mixed response from the critics, but failed to make any mark at the box office. 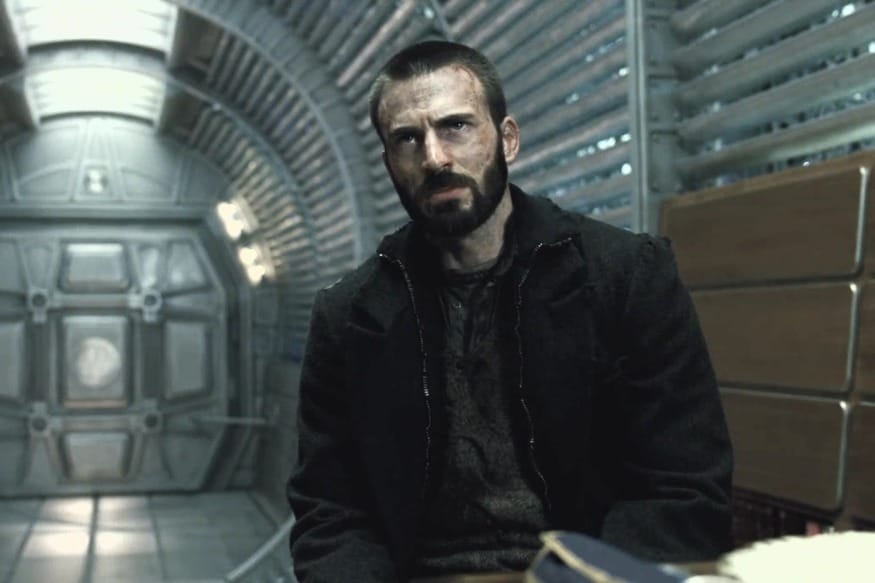 In an interview to New York Times, Evans spoke about navigating fame during the later part of his career.

“The question is: What’s the endgame?” Evans said in a characteristic moment of self-analysis. “What’s the goal? If the goal is to be a giant movie star, then yeah, this is a great way to achieve that. That’s not necessarily what I’m trying to achieve.”

In fact, Evans’ Avengers: Endgame co-star Robert Downey Jr. recently pointed out that Captain America was “a stretch” for him.

During the interview with People Magazine, Downey Jr. was asked: “What do you really think of Chris as Captain America?” To which, he said, “Cap is a stretch for Evans because you (looks over at Chris Evans) are so... nothing about you is a square. Even though you’re a nice guy from the east coast, and all that stuff, you’re raised like me. You’re raised doing theatre. Kind of artsy, eccentric types…But I like that Cap is cool now. You made Cap cool.” Chris Evans and Alice Eve in a still from Before We Go.

As Evans’ story arc as Captain America finally comes to an end in Avengers: Endgame, we really hope he would finally get time to do what he has truly been wanting to all these years. A follow up to Before We Go won't be a bad idea, what's say, Cap?