EXPLAINED: Why Britney Spears is Fighting for Freedom from 13-year-Long Conservatorship

Britney Spears has been under the conservatorship since 2008 after going through mental health crises.

Singer Britney Spears has won the right to choose her own lawyer to help her end a 13-year-long conservatorship. She said she was fed up with multiple psychological evaluations in the last 13 years and wanted the conservatorship brought to an end without another one. Earlier, a court in Los Angeles had rejected her request to remove her father James Spears from the role of overseeing her conservatorship. Spears, who has a fortune of over USD 50 million (approximately Rs 372 crore), has been under the conservatorship since 2008.

On June 23, the 39-year-old pop star broke her silence for the first time about her 13-year-old conservatorship, where her father Jamie Spears and a lawyer had full control over her money, assets, and medical affairs. During the court proceedings, Britney said that she was indeed unhappy and trapped under the “abusive” conservatorship, as her fans and the supporters of the #FreeBritney movement assumed for years. In her speech, Britney talked about wanting the conservatorship to end, and how her financial and physical autonomy was taken away from her. She opened up about being harassed by her immediate family. 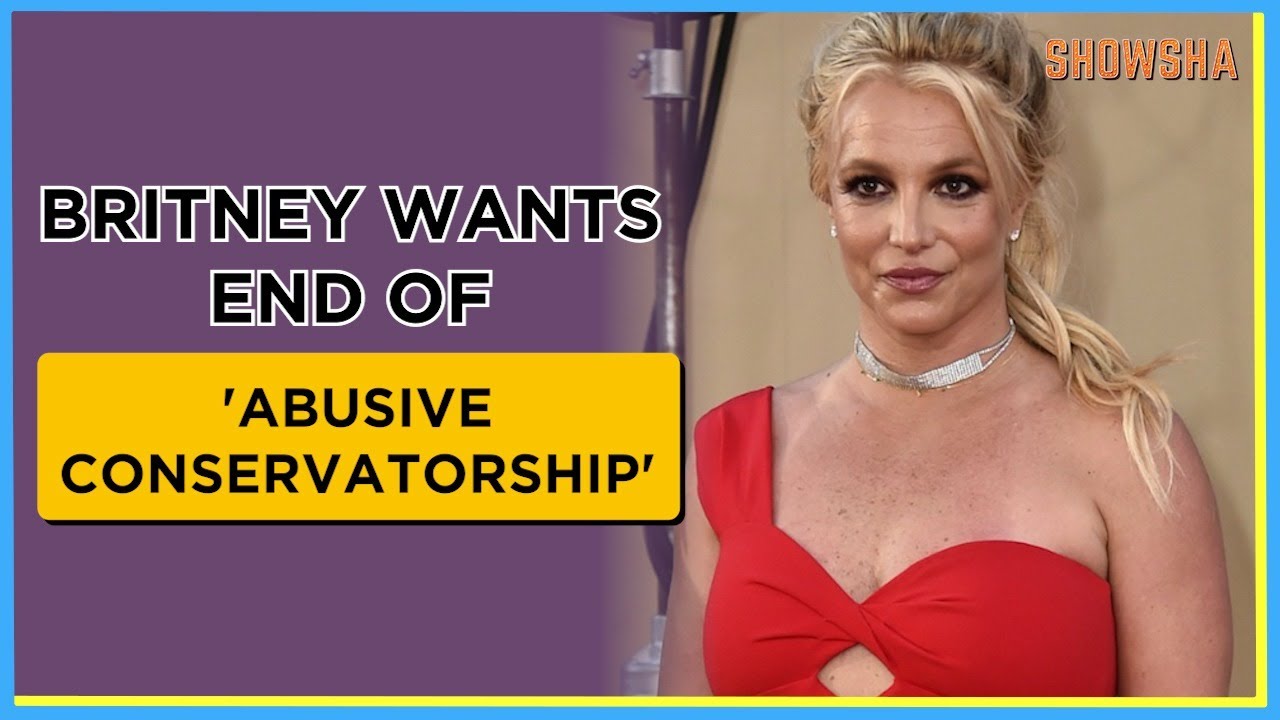 A conservatorship is when a judge in a court appoints a person or an organisation as a legal guardian over another adult when the latter is deemed unfit to look after themselves for any reason.

How did the #FreeBritney movement start?

Britney’s conservatorship started in 2008 after she had several mental breakdowns publicly. To understand the #FreeBritney movement, let us take a look at the timeline of Britney’s infamous conservatorship and how public opinion against it made the pop star speak up for the first time in 13 years.

2008: Britney put under the conservatorship

In 2008, Britney Spears started behaving erratically in public, leading to three major breakdowns. She was first spotted driving with her son Sean on her lap in the front seat. The negative press from the incident, coupled with her messy divorce from ex-husband Kevin Federline led to more incidents. After she shaved her head and attacked a paparazzo’s car with an umbrella, she was put under a 5150 hold in a psychiatric hospital twice for a mental health evaluation.

After these incidents, her father Jamie Spears moved to court for an emergency “temporary” conservatorship, which was granted to him. The conservatorship gave him full control over her estate and health, including her business deals and people who could meet her.

2009: First signs of the #FreeBritney movement

A fan-site called FreeBritney.net first questioned the necessity of the conservatorship. Throughout the next twelve years, the site kept focusing on the issue, getting enough attention in 2019 for it to become a worldwide movement.

Even though the conservatorship was temporary, it kept getting extended for a decade through multiple court check-in. Throughout the years, Britney toured multiple times, released several albums, judged X Factor USA, and had a four-year Las Vegas Residency show.

While the pop star never talked about the conservatorship, fans remained concerned about her well-being. They alleged that the pop star gave cryptic signs on her Instagram, music videos and website to tell her fans that she was trapped.

According to sources, the pop star stayed at a mental health facility for one month after her father fell ill. She has since then been on an ‘indefinite work hiatus.’ In January, she had cancelled a Vegas residency show.

May 2019: Jamie Spears requested to have the California-based conservatorship extended to Hawaii, Louisiana and Florida

Britney’s father Jamie Spears moved to court to appeal for an extension of her conservatorship to three states outside California – Hawaii, Louisiana and Florida. “Mr. Spears, in his capacity as Conservator of the Person and Estate, intends to register the Orders appointing Mr. Spears as a Conservator of the Person and Estate, as well as his Letters of Conservatorship, with states outside of California, in accordance with each of the states’ required procedures, including without limitation at this time, the following: Florida, Louisiana and Hawaii,” a court document read, according to ET.

Britney’s ex-husband Kevin Federline had accused Jamie of hitting her son Sean, post which Jamie stepped down as her primary conservator. Her long-time manager Jodi Montgomery took his place.

At the same time, Britney’s lawyer Stanton Stein told LA Times that Britney was ‘always involved’ in her career decisions, and hence the conservatorship was good for her. Her manager Larry Rudoloph told Washington Post, “The conservatorship is not a jail. It helps Britney make business decisions and manage her life in ways she can’t do on her own right now.”

Britney’s brother Bryan Spears was one of the first among her family to speak about conservatorship. In an episode of As NOT Seen on TV Podcast, Bryan said that the conservatorship has been good for her family and their father has done the best he could given the ‘situation he was put in.’

He, however, admitted that Britney wanted the conservatorship to end. “She’s always wanted to get out of it. It’s very frustrating to have. Whether someone’s coming in peace to help or coming in with an attitude, having someone constantly tell you to do something has got to be frustrating. She’s wanted to get out of it for quite some time,” he said.

Jamie had taken to court to seal the proceedings related to her conservatorship from public view. Britney’s lawyers filed to oppose this motion and asked for the proceedings to be open to the public. Britney’s lawyers also said that the #FreeBritney movement was not a ‘conspiracy’ or ‘joke’ as said by her father. They added that the pop star herself was grateful for the support.

“Britney believes it is consistent not only with her personal best interests but also with good public policy generally that the decision to appoint a new conservator of her estate be made in as open and transparent a manner as possible,” the filing continues. “The sealing motion is supposedly being brought by her father to ‘protect’ Britney’s interests, but she is adamantly opposed to it.”

“At this point in her life when she is trying to regain some measure of personal autonomy, Britney welcomes and appreciates the informed support of her many fans,” the filing read.

The pop star’s lawyers filed an appeal to remove Jamie Spears permanently and replace her with Jodi Montgomery. This reportedly led to sour relationships within her family, with her mother Lynne wanting the conservatorship to end.

In a hearing which was closed to the public, a judge denied the appeal for Britney’s father to be removed from the conservatorship. In response, Britney said she will carry on with her hiatus. “My client has informed me that she is afraid of her father. She will not perform again if her father is in charge of her career,” her lawyer Samuel D. Ingham III, told the judge at the hearing, as per AP.

Britney was granted one victory in the small court when the judge approved to add a co-conservator to her estate, the Bessemer Trust, which was what Britney’s team requested.

A hearing was held in December which led to her conservatorship being extended through September 2, 2021.

Framing Britney Spears, the documentary about the star’s rise to fame and her conservatorship, made waves as it got attention from celebrities. The documentary pointed out the sexist media treatment against her and also brought more focus to the #FreeBritney movement. Many celebrities, from Kacey Musgraves to Miley Cyrus gave their support to the movement.

Justin Timberlake, who was Britney’s ex-boyfriend, came out with an apology for being unconsciously implicit in the media’s sexist treatment towards Britney.

After the documentary, Britney’s boyfriend Sam Asghari spoke out against her father. He wrote in his Instagram Story, “Now it’s important for people to understand that I have zero respect for someone trying to control our relationship and constantly throwing obstacles our way. In my opinion, Jamie is a total d**k. I won’t be going into details because I’ve always respected our privacy but at the same time, I didn’t come to this country to not be able to express my opinion and freedom.”
On February 9th Britney’s attorneys went back to court to ask a judge to remove Jamie Spears as his daughter’s conservator.

March 2021: Jamie Spears declared his wish to see his daughter’s court-ordered conservatorship come to an end

In the same month, Britney’s lawyers went to court again, asking for Jodi Montgomery to be put in as Britney’s legal guardian.

April 2021: Britney requested to speak in court for the first time

For the first time, Britney requested to speak in court about her conservatorship. “The conservatee has requested that I seek from the court a status hearing at which she can address the court directly,” her lawyer Samuel D. Ingham III, asked the judge. The court date was set for 23 June 2021.

June 23, 2021: Britney gave her very first statement against the conservatorship

On June 23, Britney Spears gave a 24-minute statement about the details of her conservatorship. She said that it was ‘abusive’ and she felt trapped in it. She said that she was forced to work while she was sick, and also revealed that an IUD has been planted in her body, which she is not permitted to remove.

“I just want my life back. It’s been 13 years and it’s enough,” she said. “I was told right now in the conservatorship, I’m not able to get married or have a baby. I have an I[U]D inside of myself right now so I don’t get pregnant. I wanted to take the IUD out so I could start trying to have another baby, but this so-called team won’t let me go to the doctor to take it out because they don’t want me to have children,” she said.

Ever since her 23-minute long speech in the court, celebrities including Conan O’Brien, Justin Timberlake, Mariah Carey, Halsey and many others have voiced their support for Britney.