Farah Khan commented on a picture that Malaika Arora recently posted on her Instagram account, asking, who clicked the pic?

Malaika Arora has been catching attention of late for her vacation pics. Recently, a still of hers swimming in the ocean water went viral on social media, attracting curiosity from the fans. Amidst a flurry of comments that started pouring in, one particular query was from an industry colleague--Farah Khan, who wrote a question that many wondered after the picture surfaced on Malaika's account, but no one dared ask her.

Commenting on Malaika's image in the Indian Ocean, where she is seen dressed in a red bikini, Farah wrote, "Now frm was underwater who was clicking this pic??" (sic) 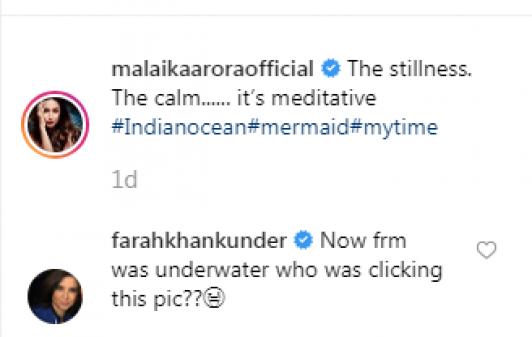 While some cracked up seeing her upfront question to which Malaika later responded, others saw it as an opportunity to suggest that Arjun was 'obviously' the man behind the camera. See some of the comments below: 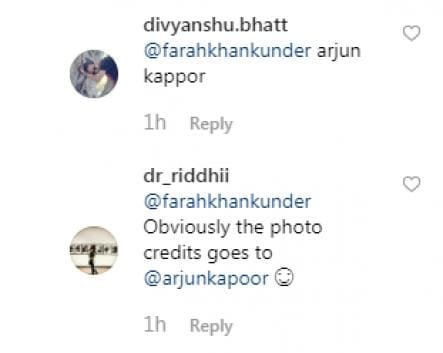 The Arjun-Malaika link up suggestions are not totally unwarranted. Malaika, only last month, had shared some pictures from her holiday in Maldives. Interestingly, Arjun, who is rumoured to be dating Malaika, too shared some images from Maldives, where he went for a holiday last month.

Though the two did not comment on whether they were vacationing on the beach island together, they were seen leaving the Mumbai airport together around the same time.

Marriage rumours of the alleged-duo are also doing rounds on social media. Commenting on the same, Arjun recently told DNA India, "The subject of my wedding is not something that I would like to talk about. Frankly, if I was tying the knot, people would know about it. Today, nothing stays or needs to be hidden beyond a point."