FIFA 2022: Nora Fatehi Clicked After Dance Rehearsals, Days After Fans Missed Her at the Opening Ceremony

Nora Fatehi will be performing at the FIFA Fan Fest

Nora Fatehi was clicked in Mumbai today for her dance rehearsals. She will be performing at the FIFA Fan Fest on November 29.

Nora Fatehi will be performing at the FIFA 2022 Fan Fest on November 29 along with other celebrities and the actress-dancer is working hard for her performance. Nora was clicked in Mumbai today for her dance rehearsals and the pictures and videos are doing the rounds of the internet now. The dancer was seen donning a printed co-ord set which she paired with a denim jacket. Nora tied her hair in a braid and flaunted her fringes.

Take a look at the photos: 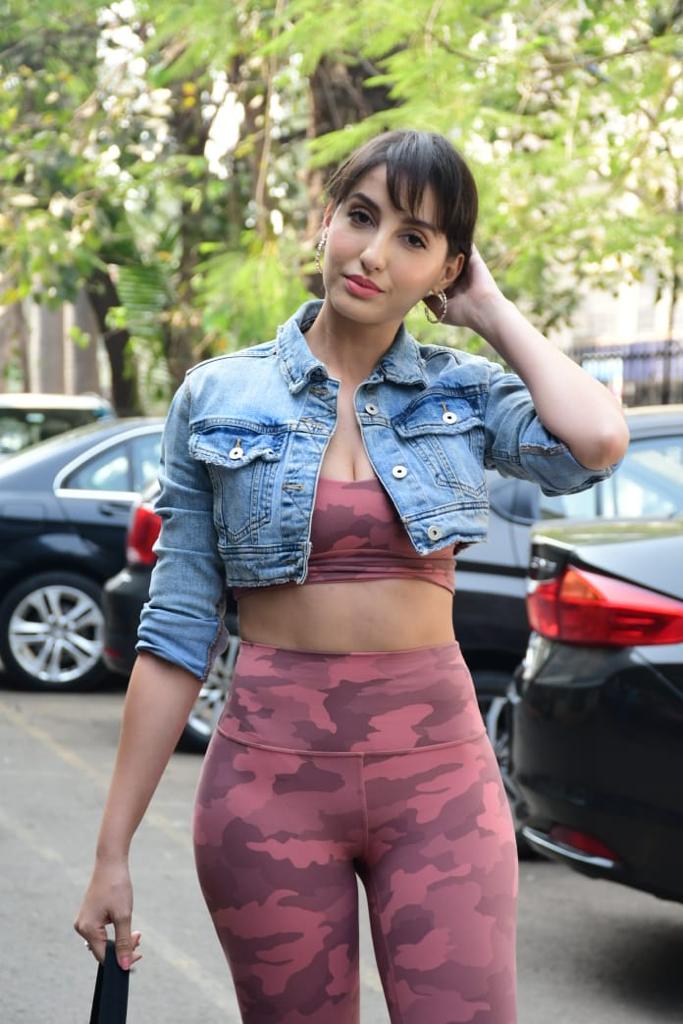 Earlier, reports were doing the rounds that Nora Fatehi would be performing at the opening ceremony of FIFA 2022. However, netizens were shocked as they could not spot Nora. The dancer then shared an update on her Instagram stories clearing everyone’s doubts. She shared clips from her dance rehearsals and wrote, “Let’s go! we getting ready for the ultimate show Fan fest 29 Nov Live! @fifaworldcup."

Reports were doing the rounds that Nora Fatehi will be collaborating with international rap sensation Nicki Minaj for the FIFA World Cup 2022’s official football anthem.

Meanwhile, Nora is seen as a judge alongside Madhuri Dixit and Karan Johar in the dance reality TV show Jhalak Dikhhla Jaa season 10. Besides this, her feature in the song Manike in Sidharth Malhotra’s Thank God has also created a massive buzz.