Home » News » Movies » For 10 Years, You Have Got Marvel Cinematic Universe All Wrong And It's Your Fault
6-MIN READ

For 10 Years, You Have Got Marvel Cinematic Universe All Wrong And It's Your Fault

Why Marvel Cinematic Universe (MCU) is more than just 'superhero' movies, and how it has always pushed the boundaries.

The Oscar-winning filmmaker said that he hopes the industry starts getting tired of the Avengers storyline because “there are other stories to tell besides hyper-gonadal males without families doing death-defying things for two hours and wrecking cities in the process.”

Even though Cameron is most certainly not the first, last or only person from the industry to hold extreme opinions about the MCU films, the most common criticism of these movies is that they largely follow the same template which feels like some kind of corporate exercise masked by a dozen big-screen spectacles.

In an old interview, another Academy Award-winning director, Alejandro Gonzalez Inarritu, said some very harsh words about the superhero world. He opined while he enjoys the occasional superhero film, he finds them to be too thematically right-wing. He said, “I always see them as killing people because they do not believe in what you believe, or they are not who you want them to be.”

There’s no denying the fact that Marvel productions, most particularly Avengers films, have become the dominant cinematic force worldwide. They seem to rake in money hand over fist, and their releases genuinely fan the pop-culture phenomenon. But these very facts often tend to overshadow every other intention and purpose behind these movies. 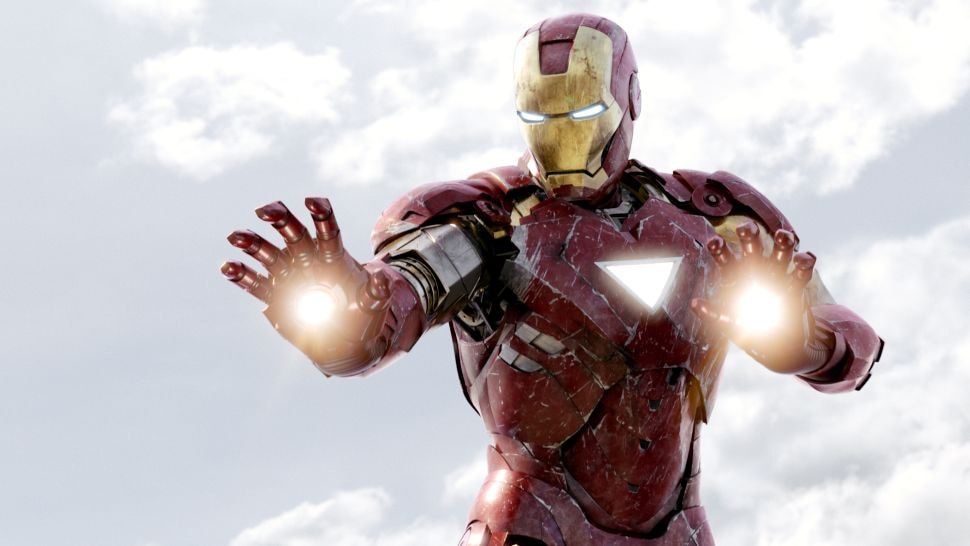 Over a period of 10 years, starting from Robert Downey Jr-starrer Iron Man and led by The Incredible Hulk, Thor, Captain America: The First Avenger and so on, Marvel has given us some of the most unapologetically self-aware superhero stories that could probably be, if not legit, an ideal pop-culture response to some politically and socially relevant issues.

Unlike assumptions, Marvel superheroes are interested in questioning themselves and what they stand for. They may come across delusional, but they know that the chaos they cause are sometimes the actual reason of the problem, even as Vision, played by Paul Bettany in the MCU, points out to the Avengers in Captain America: Civil War that “our very strength invites challenge. Challenge incites conflict. And conflict breeds catastrophe.”

Civil War is by far the most complex narrative to come out of the MCU and is a stern commentary on superheroes’ narcissistic attitude— which often rises from the sense of considering themselves just better than everybody else. For example, after the numerous instances of destruction and loss of lives in New York, Washington, Sokovia and Lagos (at the beginning of Captain America: Civil War), the government decides that it has had enough, demanding that the Avengers stop functioning as a privately run organisation and must sign the Sokovia Accords.

While Tony Stark aka Iron Man agrees with the government regulation, Steve Rogers aka Captain America (Chris Evans) refuses to sign the Accords, believing he knows what’s best for their country and the world. He also thinks that the government regulation of superheroes would mean fighting other people's wars (which is also in context not so completely wrong).

The whole disagreement between Iron Man and Captain America’s ideologies about the government control and consequences of overlooking the other side of the conflict will always be relevant in some form or another.

Notably, the younger Steve Rogers is a true patriotic super soldier who is trained to follow orders. In The Winter Soldier, he lets out a war cry in an attempt to severe the heads of Hydra. But the seeds of his doubt towards the government are planted when he discovers that the SHIELD is planning to use the Tesseract to build weapons of mass destruction to deal with super-powered beings.

The instances such as these brilliantly explain as to why the Cap is reluctant to sign the Accords in the Civil War and what prompts him to change sides.

Likewise, in the course of doing greater good, another beloved character in the MCU, Bruce Banner aka The Hulk (Mark Ruffalo), grapples with major identity crisis. His character depicts an important part of the growing up phase when most of us are very idealistic; believing we would make the world a better place, bring peace at the borders, save the environment, study space or fight against the patriarchal domains. But in reality, before he could actually bring about any change, he has his own internal conflicts to deal with. 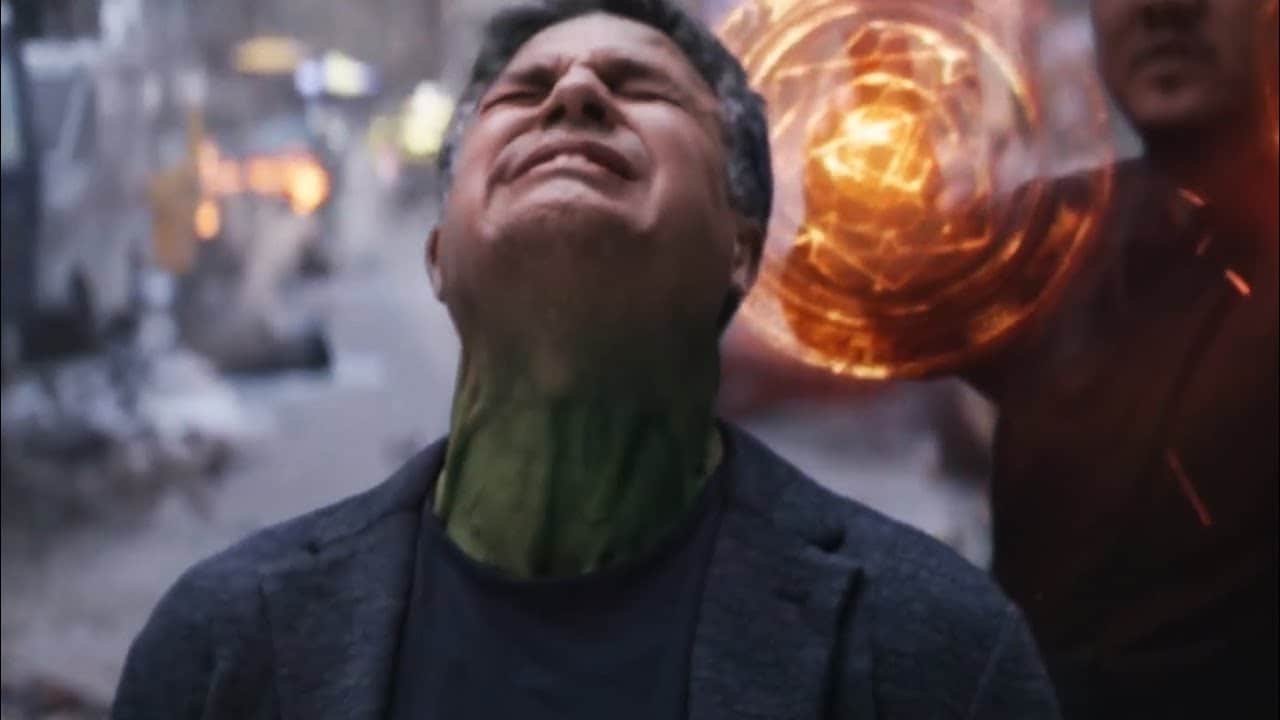 And while Tony Stark, Steve Rogers and Bruce Banner continue to struggle with their inner demons, Black Panther gives a new dimension to the MCU by making it more inclusive than ever.

The MCU’s first-ever black superhero traverses the journey from being a radical leader, who is only concerned about his tribe living in Wakanda to becoming a genuine representative of the communities of people of colour around the world. Also known as King T’Challa, Black Panther (Chadwick Boseman) is initially reluctant to the idea of revealing Wakanda to the rest of the world. He knows Wakanda leads in technology, weaponry, and vibranium which can be an asset for the world, but he doesn't want to share it, given the treatment he and his people have received in the past.

The film impenitently explores the stereotypes underestimating the capability of people of colour. For example, during a press conference at the United Nations, a delegate asks T’Challa, “What can a nation of farmers have to offer the rest of the world?” He simply smiles in response.

Marvel’s Thor: Ragnarok is another optimistic superhero tale about nation and its people. It is about taking down the establishment and then building it up exactly in a way it should be as its protagonist, Thor (Chris Hemsworth), believes nation is never more important than the people who live in it.

The film exposes the uprightness of Thor’s homeland, Asgard, showing that its power and honour come from his father Odin's (Anthony Hopkins) bloodthirsty addiction to conquest the Nine Realms. Despite her surprising familial relationship to Odin, the villain, Hela (Cate Blanchett), in Ragnarok brutally unmasks the benevolent king by telling the Asgardians that he is proud of his power and resources, but scared of revealing how he got them.

Moreover, the film is a subversive commentary on a long history of oppression of women and political gender gap. For instance, Odin uses Hela’s powers to create his legacy and then eventually refutes to acknowledge her contribution once the need gets fulfilled.

Infinity War continues the conflict among realms, power and resources by bringing spotlight to the issue of depletion of natural resources, which is timelier than ever.

In the same way, Thanos’ attempt to balance the universe by wiping out half the population may come across as extreme and insignificant, but his underlying thought definitely resonates with mainstream concerns. The very fact that even the superheroes couldn’t survive his snap establishes that they are mere mortals at the end of the day. This brings all of us on a level playing field.

As Marvel concludes the phase 3 of the MCU with Avengers Endgame, it plans to pull off the thematic resonance with the real world, one last time. Hope it wins.