Four More Shots Please! season 3 is back with a whole lot of drama and fun. 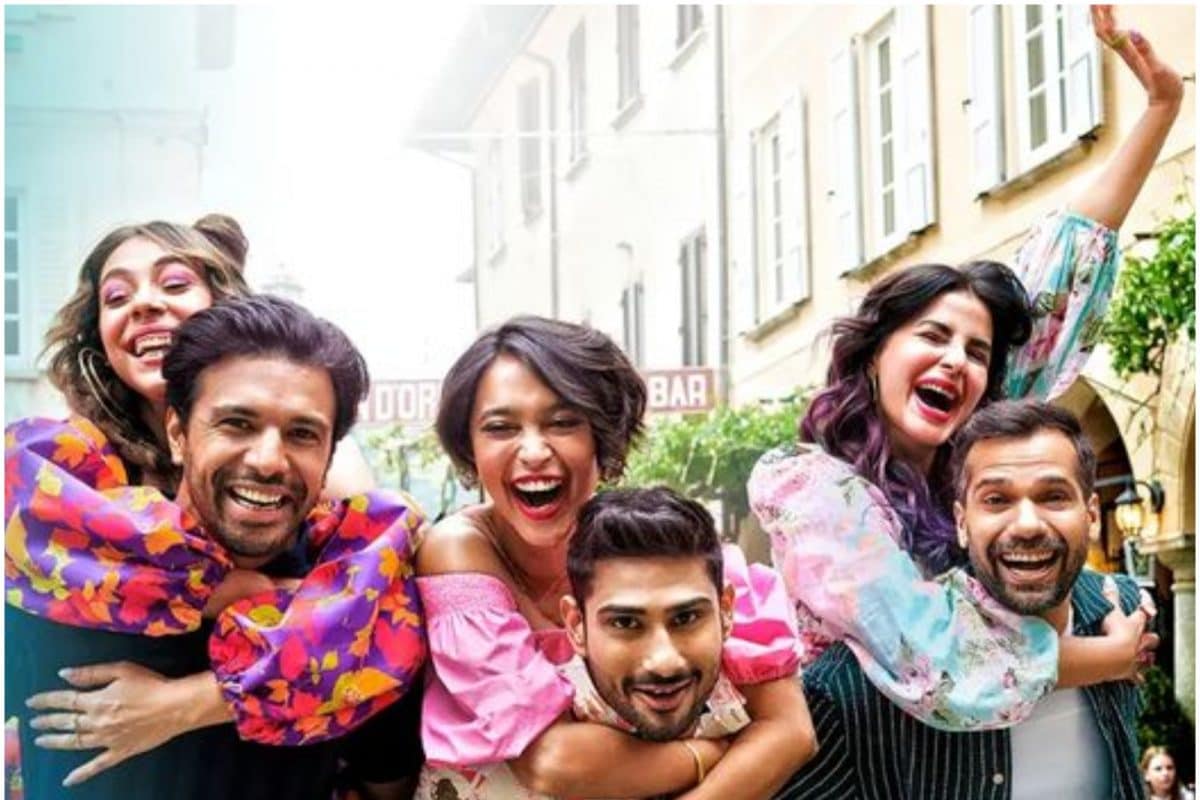 The third season of Four More Shots Please brought back the four glamourous women with shots in their hands at the fictional Trunk Bar in Kaala Ghoda.

Four More Shots Please! Review: The first time we met Anjana (Kirti Kulhari), Damini (Sayani Gupta), Siddhi (Maanvi Gangroo), and Umang (Bani J) in 2019, we were meeting four confused females challenging the idea of a ‘perfect and right’ woman. The concept was fresh and the characteristics that made these four women were everything urban women were challenging. Three seasons on, while we as viewers have moved on and seem to be a tad, if not more, mature, Four More Shots Please doesn’t seem to move on from its primary crux.

The third season of Four More Shots Please premiered on Friday, October 21, and brought back the four glamourous women with shots in their hands at the fictional Trunk Bar in Kaala Ghoda. Much like the previous two seasons, this season also featured the women with their share of flaws. However, this season could have been a little more serious in its approach towards the lovely ladies for everyone was dealing with their share of trauma.

Siddhi was grieving her father’s sudden death while Damini was recovering from a shocking miscarriage. Anjana was tackling her trust issues with men after she found out that Shashank Bose (Sameer Kochhar) lied about his ‘open marriage’ while Umang was tackling her life after leaving her celebrity girlfriend at the altar. There were such juicy subplots to explore and the series does put them in the forefront but unfortunately, the Amazon Prime Video series scratches just the surface.

The new season offers the same old wine — every character dealing with her own share of problems, flaws or trauma — in a new bottle and it doesn’t get you as drunk as it is supposed to. To jazz it up, they added a bunch of handsome faces such as Neil Bhoopalam, Prateik Babbar, and Jim Sarbh, to name a few, but they seem to be reduced to eye candies instead of helping the leading characters evolve into newer, better versions of themselves. To top it off, the dialogues are cringe as well.

By the end of the tenth episode, when the ladies were hugging it out at the airport, all I could think was what an annoying cycle these ladies have been put through in the three seasons.

Although the writing comes with its share of constraints, the performances live up to the expectations. The stars of the show are undoubtedly Maanvi, Bani and Simone Singh. Their characters are given an upper hand as compared to the others in the series and they don’t let that opportunity slide.

Visually, Four More Shots Please! continues to be chic and stylish, capturing the glitz and glamour of South Bombay (popularly referred to as SoBo). Cinematographer Sanket Shah does a beautiful job at capturing the lights and sounds of Mumbai. Another aspect I enjoyed this season is the music. It was a refreshing break from the age old rehashes.

Four More Shots Please! does a fan service for those following the series diligently since season 1 with its repeated formulas such as a monologue from Siddhi and Damini self-sabotaging her relationship but after three seasons, you’d want them to not own up to their mess but get a little better at cleaning it up as well.

If they do return with another season, I hope the writers can find a way to detach from the formulas and experiment with newer, deeper subplots.