Here is a look at some other remakes that Kamal Haasan has featured in during his long and illustrious career.

Hyderabad: In just a few days from now Kamal Haasan’s 'Papanasam' will arrive in theatres and give the actor’s die-hard fans a big reason to rejoice. Directed by Jeethu Joesph, the film is a remake of the Mohanlal starrer 'Drishyam'.

Regardless of whether ‘Papanasam’ works at the box office, it will go a long way in continuing Haasan’s tryst with remakes. Here is a look at some other remakes that the 'Ulaga Nayagan' has featured in during his long and illustrious career.

Unnaipol Oruvan: Directed by Chakri Toletti, 'Unnaipol Oruvan' was the Tamil remake of Neeraj Pandey’s critically acclaimed 'A Wednesday'. Kamal Haasan essayed the role played by Naseeruddin Shah in the original. On the other hand, Anupam Kher’s role was played by the 'Complete Actor' Mohanlal. Interestingly, the film was shot simultaneously in Telugu as 'Eenadu'. While Haasan played the same character in both versions, Venkatesh stepped into Mohanlal’s shoes for 'Eenadu'. 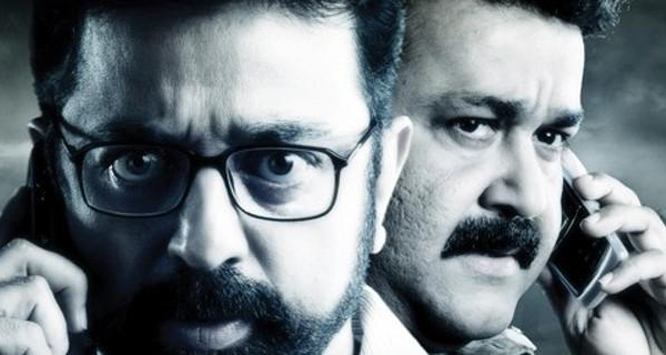 Chachi 420: Loosely based on Robin Williams’ 'Mrs Doubtfire', 'Chachi 420' revolved around a caring father who is forced to disguise himself as a woman in order to spend time with his daughter. Interestingly, the film was directed by Kamal Haasan himself.

Nayagan: Touted as a crime-drama and directed by Mani Ratnam, 'Nayagan' is regarded as an all time classic. Featuring an intense performance from Kamal Haasan, the movie was inspired by the 1972 classic 'The Godfather'. Interestingly, the Marlon Brando starrer was itself based on Mario Puzo’s popular novel of the same name. Ek Nai Paheli: Best remembered for its bold storyline, which revolved around romantic relationships between people belonging to different age groups, 'Ek Nai Paheli' was a retelling of K Balachander’s 'Apoorva Raagangal'. Just like the original, this attempted remake too was directed by Balachander himself. It also featured Raaj Kumar and Hema Malini in memorable roles.

Vasool Raja MBBS: A remake of the Sanjay Dutt starrer 'Munnabhai MBBS', this romantic-comedy found itself in the midst of an ugly controversy when Tamil Nadu Medical Council president K R Balasubramanian filed a petition against the film, claiming that its title was an insult to the entire medical fraternity. Despite this controversy, 'Vasool Raja MBBS' found tremendous success at the box office. Idi Katha Kaadu: Touted as a romantic-drama, 'Idi Katha Kaadu' is best remembered for bringing together two of southern cinema’s biggest names Kamal Haasan and Chiranjeevi. Shot in black and white, this Telugu movie was a remake of 'Avargal'. Anthuleni Katha: It was in 1974 that the Tamil film 'Aval Oru Thodar Kathai' created waves in the industry courtesy its sensitive depiction of the difficulties faced by working women. A few years; later it was remade in Telugu as 'Anthuleni Katha'. Kamal Haasan played a supporting role in both versions. While the actor played the female lead’s friend in Tamil , he essayed the role of her boss in its Telugu remake. Ek Dujje Ke Liye: Kamal Haasan’s first Hindi film in a lead role, 'Ek Dujje Ke Liye' was a retelling of his highly successful Telugu film 'Maro Charitra'. Touted as a romantic-tragedy, the film revolved around a south Indian man who falls in love with a Punjabi girl. It, just like the original, was a runaway hit at the box office.