Gigi Hadid has changed her Instagram bio to reveal that her daughter with Zayn Malik has been named Khai.

Gigi Hadid has quietly changed her Instagram bio on Thursday to reveal the name of her four-month-old daughter with Zayn Malik. The 25-year-old model has named her daughter 'Khai'. "Khai's mom," the top of her bio now reads. 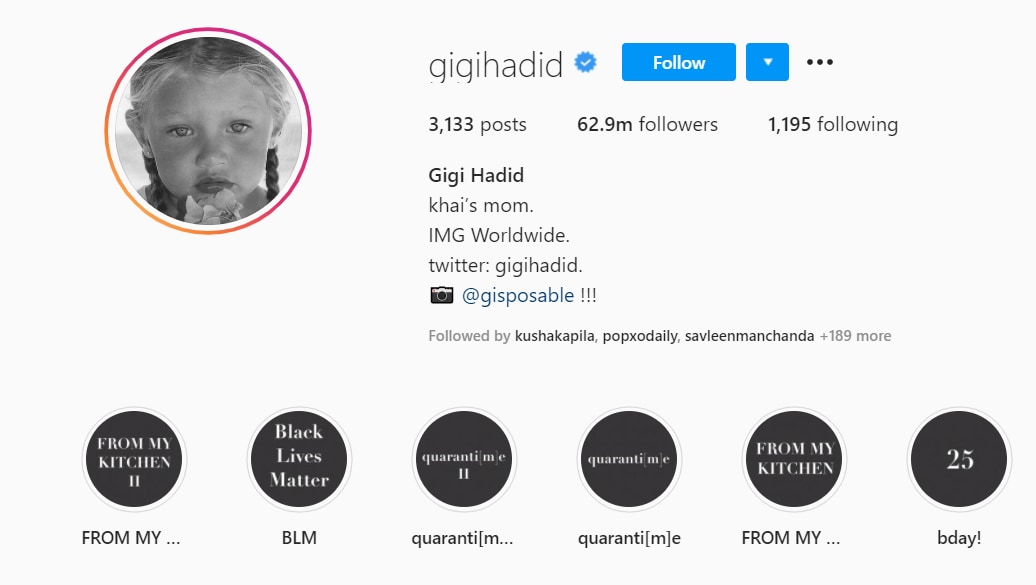 Gigi gave birth back in September and had kept the name secret so far. At one point fans speculated the moniker had been revealed in a new Taylor Swift song. It was speculated that the newborn had been named Dorothea, after Taylor released a song of the same name back in December. However, sources later said that was untrue.

A day before, The model took to Instagram stories to share an adorable picture of the new-born without showing her face. She captioned the shot, "My girl. 4 months and the best kid." Gigi has previously shared the baby's pictures many times, but has never shown her face. The couple have asked their fans to respect their daughter's privacy and have not even revealed her name.

Gigi and the former One Direction singer had welcomed their first child on September 24, 2020. Zayn tweeted to confirm the birth of their baby girl. "Our baby girl is here, healthy & beautiful. To try put into words how i am feeling right now would be an impossible task. The love i feel for this tiny human is beyond my understanding. Grateful to know her, proud to call her mine, & thankful for the life we will have together."