Pankaj Tripathi has hardly been this restrained lately, and he is a delight to watch. His presence lights up the screen even if he is not saying anything.

A female pilot trainee gets late to her practice session everyday because she has to rush back to the dormitories from the class room to change clothes, and that makes her flunk the reporting time. This keeps going on, until one day she decides to erect a make-shift changing room right inside the class campus. This makes her male colleagues uneasy, but she has gotten no choice.

Such timely decisions and a strong will to conquer all hurdles make Gunjan Saxena (Janhvi Kapoor) a human story that finds its reflection in our day to day lives. She proceeds despite the patriarchal grip and proves her worth. Though it takes her triple the efforts than her male counterparts. Unlike them, she is not only fighting the enemies, but also the prejudices and patronising attitude. Director Sharan Sharma and writer Nikhil Mehrotra have ensured that the viewers get to witness all aspects of being India’s first female combat pilot in the most raw way.

Sharma’s characters are mostly black and white, and he is spot on with casting. For example, Vineet Kumar Singh’s chauvinistic officer hardly leaves any trace of grey. He very audaciously asks Kapoor’s Gunjan to arm wrestle a male cadet, and then declares, “We are here to fight for the country, not to give equal opportunity.”

Sharma then balances Vineet’s ‘oh so tough’ act with a ‘tough yet considerate’ Manav Vij. Actually, this balancing is the constant feature of Gunjan Saxena-The Kargil War.

There are enough roadblocks for Saxena in a typical man’s world, but then there are men to help her cross them. Be it her recruiter who clears her name despite falling short on physical requirements, or her constantly supportive father, Anup (Pankaj Tripathi).

And that brings us to the best part of Gunjan Saxena, the film. Tripathi is in exquisite form as a doting yet progressive father. While confronting his daughter for not pushing enough, he describes with a sigh how he wanted his wife to go for excellence than managing home. He is so effective in that scene that you tend to forever tilt in his side even if he, kind of, undermines domestic work.

Tripathi has hardly been this restrained recently, and he is a delight to watch. His presence lights up the screen even if he is not saying anything. In fact, his company helps Kapoor in doing the heavy-lifting in emotional scenes.

Another such character is Angad Bedi’s Anshuman, Saxena’s over protective brother. His nuanced act keeps the audience confused whether he really wants his sister to soar high. Despite some overdramatic scenes between him and Kapoor, Bedi leaves a strong impression on the narrative. 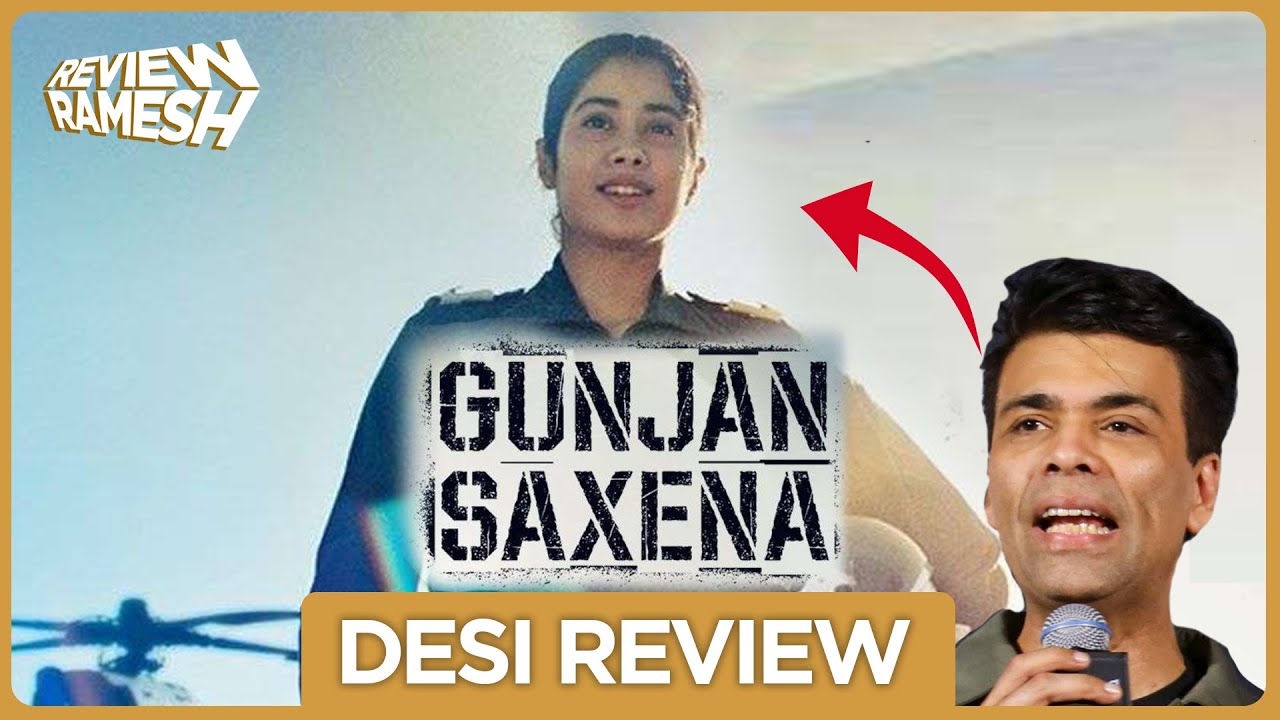 Thankfully, Gunjan Saxena is not a war film because that might have exposed its lead’s limited range. Nevertheless, her real age and a will to experiment have made Jahnvi a good choice for playing Gunjan Saxena.

Gunjan Saxena-The Kargil Girl has a lot to celebrate. It’s a solid punch in the face of misogyny without showing much liking for chest-thumping jingoism.

A journalist with over a decade of experience, Rohit values films as a strong catalyst for social changes. He is equally interested in sports and poli...Read More