Happy Birthday Dhanush: 6 Performances That Prove The Actor is a Complete Package

As Dhanush celebrates his birthday, let us take a look at some of his most celebrated big screen outings.

During his nearly 15-year long association with the colourful and glamorous world of Tamil cinema, Dhanush has successfully established himself as a force to be reckoned with, thanks to his confident body language, charismatic screen presence and remarkable acting range.

The son-in-law of Rajinikanth, he is not only a star but also an extremely gifted actor in the purest sense of the word. The actor, who is busy with the promotions of his upcoming film VIP 2, co-starring Kajol, turns a year older today. 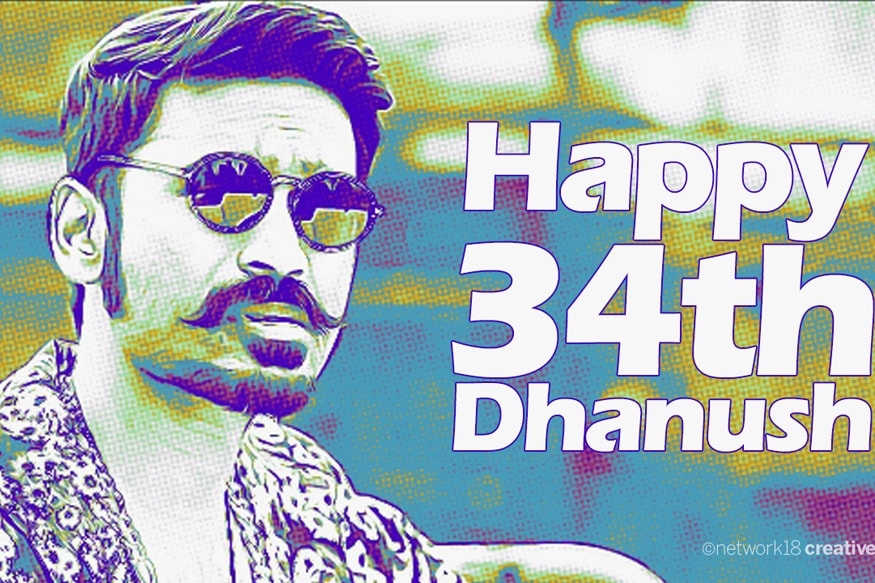 As the actor celebrates his 34th birthday, let us take a look at some of his most celebrated big screen outings.

Kaadhal Kondein: Directed by Selvaraghavan, Kaadhal Kondein revolved around the disturbed life of a young man who was subjected to mental and physical abuse as a child. Also featuring Sonia Agarwal and Sudeep Sarangi in important roles, the film received tremendous critical acclaim, thanks to its dark yet believable storyline. Interestingly, it fared very well at the box office as well.

Polladhavan: Loosely based on the Italian classic Bicycle Thieves, this Vetrimaaran-directed thriller proved to be a runaway hit at the ticket window, helping Dhanush bag an IFTA award. Boasting of some riveting music from GV Prakash, ‘Polladhavan’ is perhaps best remembered for its engaging narrative. Interestingly, it was unrelated to the eponymous 1980 film which featured Rajinikanth in the lead.

Padikkadavan: Released in 2009, Padikkadavan opened to a thunderous response at the box office and officially established Dhanush as one of the five most bankable stars of contemporary Tamil cinema. Touted as an action-comedy, the film created quite a stir in the industry courtesy its sensitive depiction of the struggles faced by an uneducated man.

3: Touted as a psychological-thriller, 3 is perhaps best remembered for Dhanush’s fun-filled rendition of the catchy ‘Why This Kolaveri Di’ number. Composed by Anirudh Ravichander, the song went viral on the internet and established the actor/singer as a global icon. Also featuring Shruti Haasan and Prabhu in pivotal roles, the film proved to be a moderate commercial success. Interestingly, it was directed by Dhanush’s wife Aishwarya.

Vellaiylai Pattahari: Regarded as one of the most important releases of Dhanush’s career, Vellaiylai Pattahari created quite a buzz amongst movie buffs because of his intense and enjoyable performance. A financial success, the movie received rave reviews, helping Dhanush bag a Filmfare award. Released in 2014, it was later on dubbed into Telugu as Raghuvaran B Tech.

Ranjhanaa: After finding firm footing in southern cinema, Dhanush made his Bollywood debut by playing the lead role in Anand Rai’s Ranjhanaa. Touted as a romantic-drama, the film revolved around a Varanasi-based Hindu who falls in love with a Muslim girl. Boasting of some melodious music from Academy award winner AR Rahman, ‘Ranjhanaa’ proved to be a big winner at the box office and collected 19 million USD globally in just four weeks.