One of Bollywood's most endearing romantic leads, the legendary Dilip Kumar celebrates his birthday on December 11

One of Bollywood's most endearing romantic leads, the legendary Dilip Kumar celebrates his birthday on December 11. The actor, who is popularly known as The Tragedy King in Indian cinema, debuted with 1944 film Jwar Bhata. The actor went on to star in such memorable classics as Devdas (1955), Naya Daur (1957), Madhumati (1958) and the epic Mughal-e-Azam (1960).

The recipient of the first Filmfare Best Actor Award, who won the accolade nine times in his career, his love affair with Madhubala during his heydays made headlines across India. The actor would, however, go on to marry Saira Bano (an actress 22 years his junior), in 1966 before slowly retiring from the limelight after the 1988 film Qila.

Dilip Kumar's official Twitter page also shared a post about the actor, writing, "On this 97th birthday, calls and messages have been pouring in since last night-thank you! Celebrations are not important- your boundless love, affection, and prayers have always brought tears of gratitude in my eyes,”

On the actor's birthday, a number of Bollywood celebrities came forward to wish the legend. 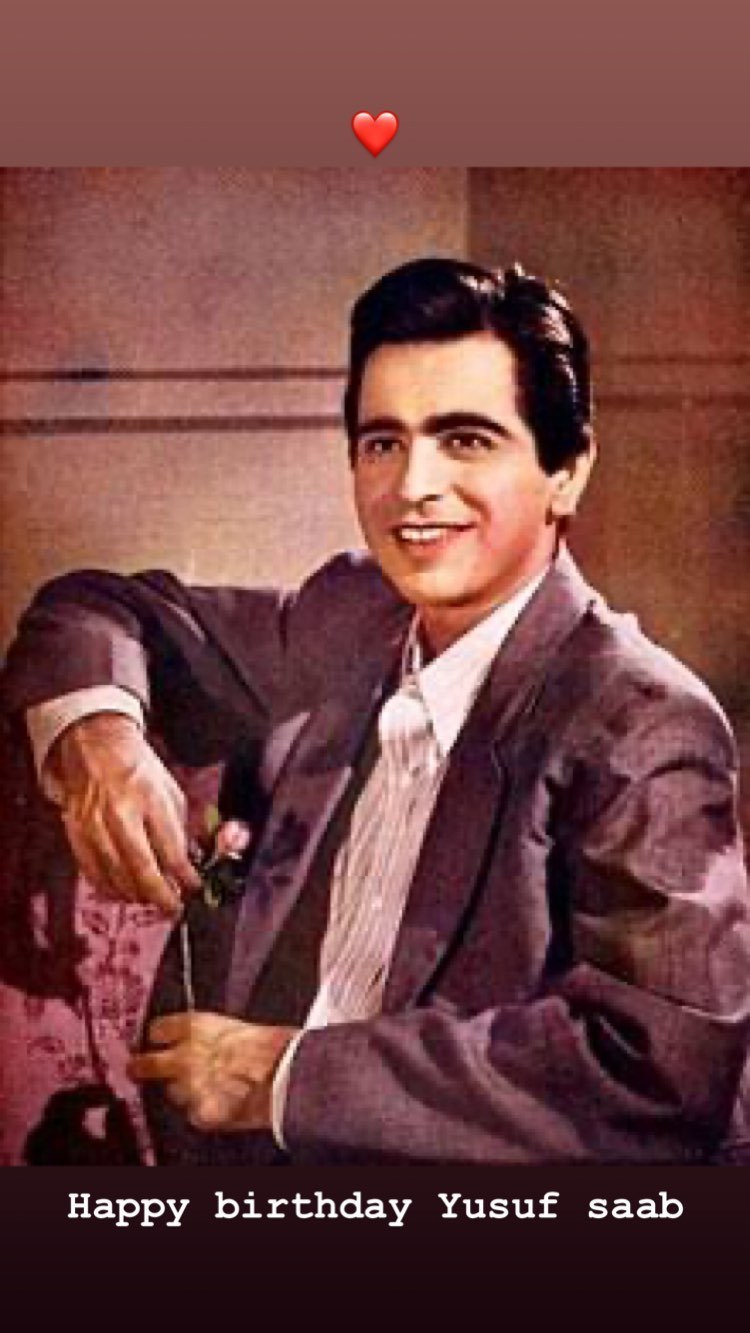 Actor Varun Dhawan shared a birthday wish for the legend, writing, "Happy birthday to the loving legend #DilipKumar Saab. On this day 97 years ago brilliance was born #aebhai," alongside an image of the actor from his younger days.