From 'Ek Do Teen' to 'Ghaghra,' we take a look at some of the most famous dance numbers of Madhuri Dixit.

Madhuri Dixit-Nene didn’t rule the hearts of audiences just because of her memorable acting performances in some of Hindi cinema’s biggest hits— her numerous eye-catching dance performances played an equal part in leaving her fans mesmerized. As she celebrates her 52nd birthday, here is a look at 8 Bollywood songs that show the versatility and control of Madhuri as a dancer.

When it released in 1988, Ek Do Teen from the hit movie Tezaab made the entire nation swoon. And it still does. The song compelled the Filmfare to introduce Best Choreography Award in 1988, which was given to Saroj Khan for the song.

It's not easy to try and match the steps of Michael Jackson but that’s exactly what Madhuri did in Pukaar as she nailed the moonwalk in Kay Sera Sera. Her co-performer Prabhu Deva would later praise her performance as “perfect.”

Are Re Are (Dil to Pagal Hai)

Shah Rukh Khan has publicly acknowledged Mahduri’s help in improving his dance steps. And the 1997 hit Dil To Pagal Hai was no different. This was the first time Madhuri worked with Shiamak Davar and aced the jazz moves despite being a trained classical dancer. The sensuous and seductive dance performance not only made men skip their heartbeats but also earned Madhuri Dixit the moniker of Dhak Dhak girl, forever. 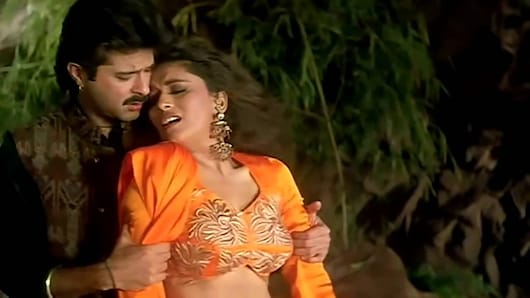 Another instance of Madhuri Dixit acing a different dance form. Donning a green outfit, Madhuri Dixit aka Chandramukhi wooed audiences with her graceful performance of what was essentially a ‘mujra’ song. Madhuri Dixit proved that age is just a number with her comeback performance on Sufi song O Re Piya in the 2007 movie Aaja Nachle. 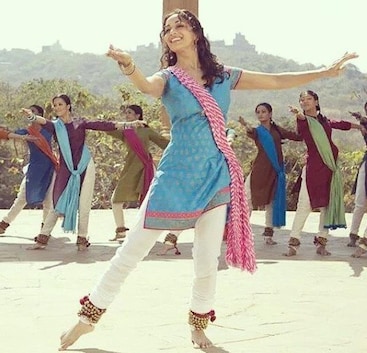 Grooving with Ranbir Kapoor for Ghaghra, Madhuri stole all the attention with her cameo in this 2012 movie for a dance performance. Shah Rukh’s third consecutive attempt at a negative role didn’t go down too well with audiences but Madhuri made Anjaam memorable with her vivacious dancing in the movie’s Chane Ke Khet Mein song. 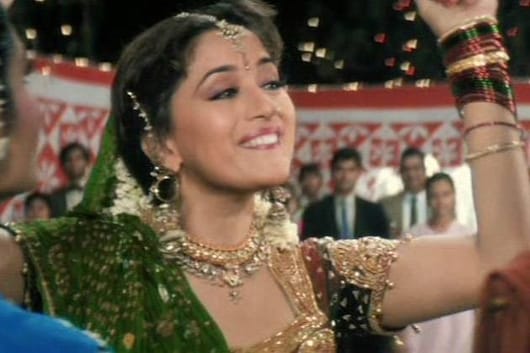