It was in 2004 that Rana Daggubati kick started his association with the Telugu film industry when he produced ‘Bommalata’. Thereafter, he proved his finesse as a visual effects coordinator, bagging a Nandi award for his work on the Mahesh Babu starrer ‘Sainikudu’.

After giving strong proof of his brilliance in the technical departments, the then 25-year-old son of noted producer Suresh Babu finally made his big screen debut when he starred in the 2010 release ‘Leader’. Touted as a political drama, the Shekar Kammula-directed venture opened to a thunderous response at the box office and helped the actor win over a legion of fans. Shortly after the release of ‘Leader’, Rana decided to add another dimension to his career and try his luck in Hindi films. The upcoming star began his tryst with Bollywood essaying a pivotal role in ‘Dum Maaro Dum’. A moderate success at the ticket window, it saw Rana work alongside the likes of Abhishek Bachchan and Aditya Pancholi. Moreover, he also create quite a buzz amongst movie buffs thanks to his crackling real-life chemistry and alleged link up with Bipasha Basu.

In the years that followed, Rana continued his growth as a performer, delivering powerful performances in films such as ‘Naa Ishtam’ and ‘Krishnam Vande Jagadgurum’.

Moreover, he also acted in a Tamil film titled ‘Arrambam’. Directed by Vishnuvardhan, the 2013 release saw Rana share screen space with none other than the iconic Ajith Kumar. Besides, he continued his association with Hindi cinema, essaying a supporting role in the critically acclaimed ‘Baby’. However, it was 2015 that proved to be the red letter year for Rana. The tremendous hype surrounding ‘Bahubali’ helped him capture the imagination of all and sundry.

Directed by SS Rajamouli, saw him essay a negative role and strike up an amazing rapport with onscreen nemesis Prabhas. Shot simultaneously in Telugu and Tamil, it became an international sensation.

Needless to say, the period drama’s success Rana’s well toned physique and suave style statement into the limelight, establishing him as a fashion guru. Besides ‘Bahubali’, this year Rana was also seen in ‘Rudhramdevi’ which featured Anushka Shetty in the titular role. 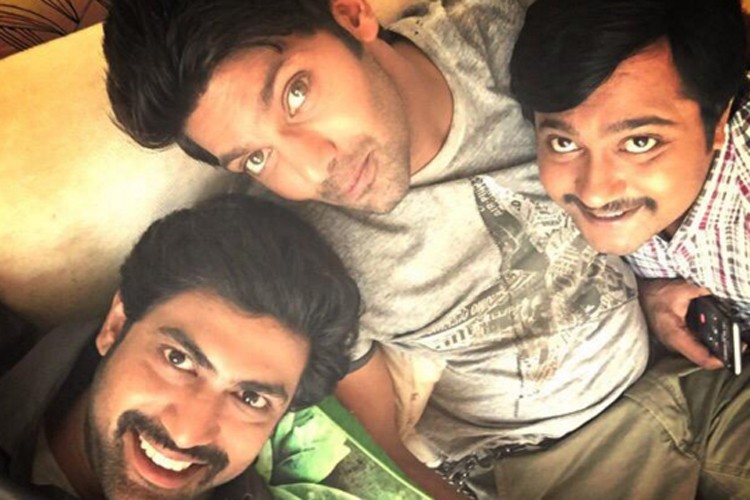 Interestingly, the young heartthrob's fans have plenty to look forward to in 2016 as well. To begin with, Rana will be seen in ‘Bahubali 2’. Based on the information available so far, he will opposite Anushk Shetty in the sequel. Moreover, Rana will also be seen essaying a supporting role in the much hyped Tamil retelling of the Malayalam movie ‘Bangalore Days’. As such, as the future does indeed seem quite bright for the talented young star.