Happy Birthday Salman Khan: 10 Most Amazing Looks of the Superstar

Believe it or not, Salman Khan has experimented with his looks more than his contemporary stars. Don't trust us? Here are some of his unique looks.

As Salman Khan turns 54 today, we trace his journey from being a debutante to becoming the trend setter in terms of hairstyles and looks. Taking the hairdo game up a notch, Salman has always been experimenting with his looks, sometimes in quirky ways that definitely gives an edge to the ‘Dabangg’ actor.

Beginning from the pre-six-pack abs era, Salman sported a chocolate boy image when he made his Bollywood debut. With his full hair days and classic love stories, the way he donned his leather jacket managed to sway away millions of girls. You just can’t deny the fact that Salman was one of the most innocent looking actors of bollywood. Just a subtle smile from the man and the magic happened. Remember the mania when Salman went shirtless for the iconic song 'Oh Oh Jaane Jaana..'? Oh-so-hot might just be an understatement here. During the ‘Hum Aapke Hain Koun’ buzz, one can’t ignore the sight where Salman’s hairline was evidently receding. Then came a time when the trend setting ‘Tere Naam’ was released. Every nuk, every corner you could see a man carrying off the Radhe’s quirky hairstyle with middle partition and long bangs. It indeed wrecked a havoc! 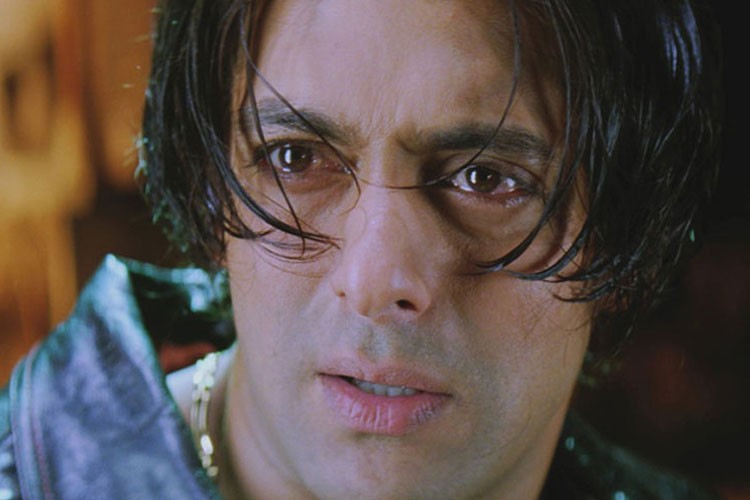 In ‘Mujhse Shaadi Karoge’ , Salman decided to go for a little fringy hairstyle. Only Salman could have pulled off the role of a simple innocent boy with visible fringes on his head. With a slight side partition on point side locks and a moustache to complete the look, Salman patented the ‘Dabangg’ look. In ‘Veer’, Salman went a step ahead and pulled off long brown heroic looks which did create quite a buzz in the town. Doesn’t Salman Khan remind you of Hulk Hogan? Despite opting for such a offbeat hairdo, Salman managed to become the talk of the town. Last but definitely not the least.

Once Salman Khan made headlines because the actor decided to go completely bald. As per the reports, Salman Khan got a hair transplant back then. Due to which some people believe the bald look was just a result of the failed hair transplant treatment.