Disgraced former film executive Harvey Weinstein has released a photo of himself in a hospital in an attempt to distance himself from rumours that he is faking illness ahead of trial.

Some have pointed out that Weinstein, who is accused of five counts of rape and sexual assault, was trying to gain sympathy. Weinstein, 67, was in court last week using a walking frame to help him keep his balance - and it didn't go down well online, reports mirror.co.uk.

Weinstein's spokesman said he underwent a three-hour back operation in New York on Thursday. The spokesman added he needed to fix the problem after injuries from a summer car accident. 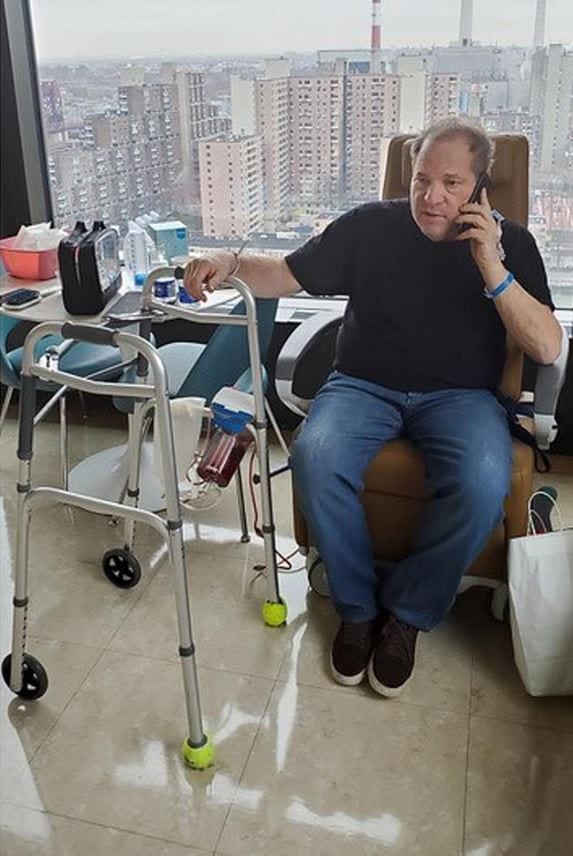 His spokesman said, "Harvey has been in agony and underwent surgery on Thursday. We don't know if he will need further surgeries.

"The idea he is faking his illness is ridiculous." The movie mogul's trial is due to start on January 6.

Last week, he reached out-of-court settlements with an unnamed number of people. Lawyer Donna Rotunno said last week that his health is getting worse.

"Mr. Weinstein's health has been deteriorating since August when he had the unfortunate accident," she said.

"He had tried to manage the discomfort, but as the pain got worse and the various different courses of treatment failed to remedy the problem, he began to rely on a cane and a walker.

"He did not want to appear in court using the assistance of those, for fear of exactly what some media turned it into."