In an exclusive interaction with us, the director not just shared her experience of working with Kalki and Shah, reasons for picking up the title ‘Waiting’ for her film which has been received well at various award functions, but also gave her views about the need of content-driven cinema and women representation in Indian films.

Award winning director Anu Menon, who recently visited the capital for promotion of her film ‘Waiting’ believes that working with Naseerudeen Shah has made her a better director. Starring Shah and Kalki Koechlin in pivotal roles, the film explores an unusual relationship between two people who befriend each other in a hospital.

In an exclusive interaction with us, the director not just shared her experience of working with Kalki and Shah, reasons for picking up the title ‘Waiting’ for her film which has been received well at various award functions, but also gave her views about the need of content-driven cinema and women representation in Indian films. Excerpts from the interview…

On the film being titled ‘Waiting’

“At a literal level it’s about two people waiting in a hospital because their spouses are admitted. At a philosophical level, the film talks about how all of us are waiting for something or the other and life really happens when we are waiting. Live Love Laugh; it’s about that. Don’t just keep waiting, life will happen.”

“Of course, I was intimidated by him and sometimes I used to be like ‘Oh god, he doesn’t get me’ but having made the film, I’ve realized that I understood how to work with actors a lot more. As directors, you’re always trying to see the big picture, but the actor is thinking about the moment. Once I got a hang of that, I became a better director, thanks to Naseeruddin. As far as Kalki is concerned, she was my first choice for this role. She was the first one to read the script, even before Naseeruddin.” 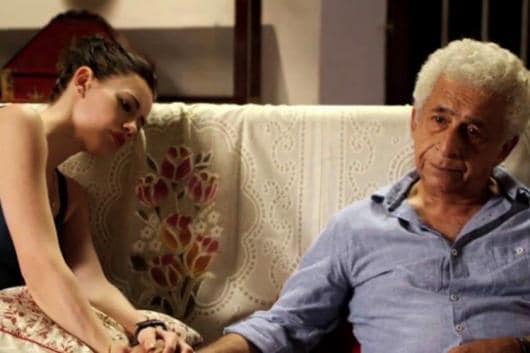 On everyone waiting to watch ‘Waiting’

“It’s not a typical love story. There are so many kinds of intimacies. The typical boy girl love is not the only love. You actually become kindled spirits because of where you are and who you are. Now that we’ve shown this film across festivals, people are shocked to know how a film which is supposed to be sad and has been set up in grief can make them smile.”

“It’s so tricky. There are two ways to make cinema; one is to make it the way as per what one likes which I think is slippery sloop because you don’t really know what the audience wants. And I don’t have that kind of the access not that SRK is waiting for me. What I can do is to create content and stay true to it. Content rich cinema will stand the test of time. As an industry, we used to make concessions for the audience. If it’s about making a choice between content driven and commercial cinema, the former will leave an impact, while the latter might work on just one weekend. There is no choice for people like me but to chase content.” 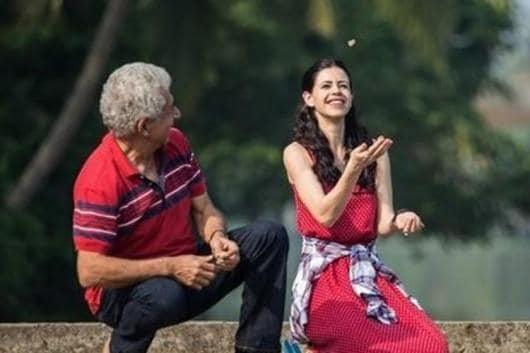 On decoding the problem with women representation in Hindi cinema

“The problem is that 90% of the women-empowerment films are directed by men. The narratives are full of patriarchy-driven content. We don’t wake up every day and say we’re feminists. Being a woman, you can abuse and not drink, you can drink and not abuse. Yet you can just be vulnerable and love the people around. This complexity of characters needs to be understood. Abhi toh we were sidekicks, it’s only now that we’ve come to the center stage.”