Samantha Akkineni and Naga Chaitanya look absolutely adorable in a throwback picture from their first photoshoot together for 'Ye Maaya Chesave'.

Samantha Akkineni took to social media recently to share a throwback moment with hubby Naga Chaitanya that is from her first photoshoot. She also shared that it is her "most memorable photo".

The image is from the time they shot for Telugu feature film Ye Maaya Chesave (2010), which was also Sam's debut film. It became a hit upon release and is still loved by fans. 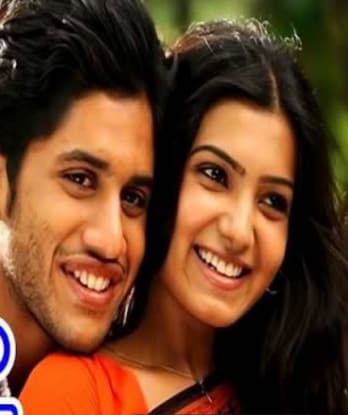 The couple recently vacationed in Maldives where they also celebrated Naga's birthday. Sam, who is a popular actress down South, is now gearing up for her OTT debut with The Family Man 2. About Samantha's part in the upcoming series, creator Raj Nidimoru said, “When we spoke to her for the first time, we told her that it is not a glamorous role and it will have a lot of action sequences. She didn’t take even a second and said, ‘I am up for it. That is exactly what I want.'”

Soon foraying into the digital medium, Sam recently shared, "With OTT, it's a lot bolder and we're able to take more risks and hence the films that are coming out now are very global."

Are you excited to see her in The Family Man 2?