'Hey Ram' turns 16: 8 interesting facts about the film that you may not have known

As the iconic film 'Hey Ram' turns 16 today, we bring you some of the facts about the film that are bound to bring back memories from that era.

Considered to be the magnum opus of Kamal Hassan's career, 'Hey Ram' was released on February 16, 2000. Set with the backdrop of Bengal's partition, the story revolves around the protagonist Saket Ram's journey from religious hatred to love. As the iconic film 'Hey Ram' turns 16 today, we bring you some of the facts about the film that are bound to bring back memories from that era.

Before we delve in the multi facets of the period-drama, let's take a ride back and remember how this film begins. The film begins with a retired archaeologist Ram Saket lying on his deathbed at the 7th anniversary of the destruction of Babri Mosque in Ayodhya.

Not only did Kamal Hassan directed the film, he also played the role of the lead protagonist. A film indeed becomes memorable when so many actors including Shah Rukh Khan, Rani Mukerji, Hema Malini, Girish Karnad, Naseeruddin Shah, Atul Kulkarni, Farida Jalal share the screen space together. 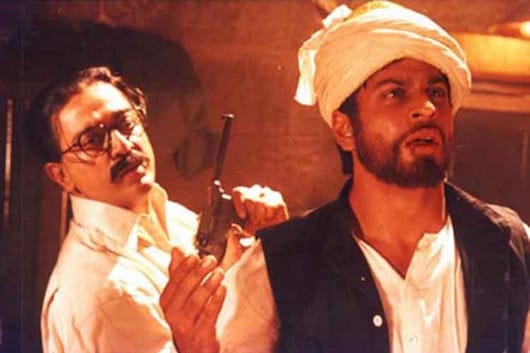 The fact that Shruti Hassan was a part of this film too might come as a surprise to a lot of you. She assayed the role of Sardar Vallabhbhai Patel's daughter in the story.

Another fact that might just enthral you is that Shah Rukh Khan did not ask for any remuneration for the film; as he believed that it was both an honour and privilege for him to be working with Kamal Hassan. 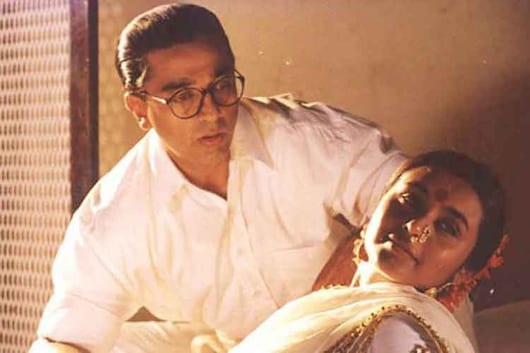 This period drama was simultaneously made in Hindi and English.

The film's powerful soundtrack and background score was composed by Ilaiyaraaja. However, violinist L. Subramaniam was the first choice for the music composing. Recorded by a Symphony Orchestra, it was his' second time for an Indian film. While the film was selected by India as its submission to the Oscars, it failed to reach the final list of nominees.