Recently singer-actor Himesh Reshammiya released the title track of his latest album, Suroor 2021. The song was a hit and within a few days, it crossed over 48 million views.

Singer-songwriter, Himesh Reshammiya has over the years given some chartbuster songs in Bollywood. Reshammiya’s songs have always been on the playlist of audiences, therefore, the singer has rightfully had a spectacular career in the music industry. The singer has also ventured into films like Aapka Suroor, Tera Suroor, Karz, and The Xpose. Recently he released the title track of his latest album, Suroor 2021. The song was a hit and within a few days, it crossed over 48 million views. 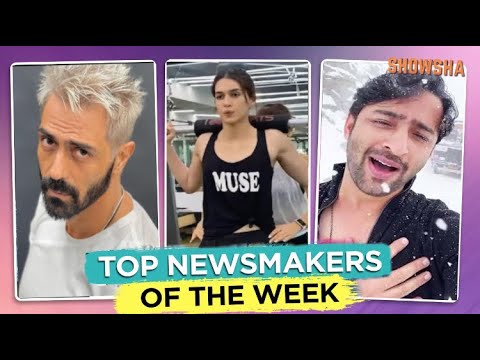 Listen to the full song here:

In the music video, fans loved the on-screen chemistry between Reshammiya and Uditi Singh. On June 18, the singer took to Instagram and teased fans with the poster of his second song from the ‘Suroor 2021’ album. Though the name of the song has not been put out, the poster tells that it will be released in July. Along with the poster, Reshammiya wrote a long note thanking his fans for showering love on the title track. About the song, he revealed that it is a beautiful romantic heartbreak melody for everyone who is in love. He also informed that the story of the first video will be resolved in the last music video of the album, Suroor 2021. Apart from this, not much detail related to his upcoming song has been shared yet.

Predictions have started to come in that the song will most likely be released on July 23, as it is HR’s birthday. Fans flooded the comment of the post and wrote that they “cannot wait” for it.

With the album Suroor 2021, the singer is also launching his music label ‘Himesh Reshammiya Melodies.’ Previously Reshammiya has released two albums and the first was Aap Kaa Surroor back in 2006. The album sold the highest number of copies, that is 55 million, in the history of Indian music. HR’s second album was Aap Se Mausiiquii which was released in 2016.