Soon after exchanging wedding vows, Himesh took to Facebook to share a few pictures of the couple from the ceremony and wrote: "Togetherness is bliss!"

It's raining weddings in Bollywood this year. While the country was still not over the star-studded wedding celebrations of Sonam Kapoor-Anand Ahuja, the news of Neha Dhupia and Angad Bedi's marriage in Delhi went viral. And a day after the news of yet another celebrity tying the knot is out. Yes, you read that right! Music composer Himesh Reshammiya got married to his longtime partner Sonia Kapoor in a private ceremony, which took place at his residence on Friday.

Soon after exchanging wedding vows, Himesh took to Facebook to share a few pictures of the couple from the ceremony and wrote: "Togetherness is bliss!"

While Himesh opted for a light golden sherwani, his wife looks resplendent in a pastel pink lehenga with minimal make-up. 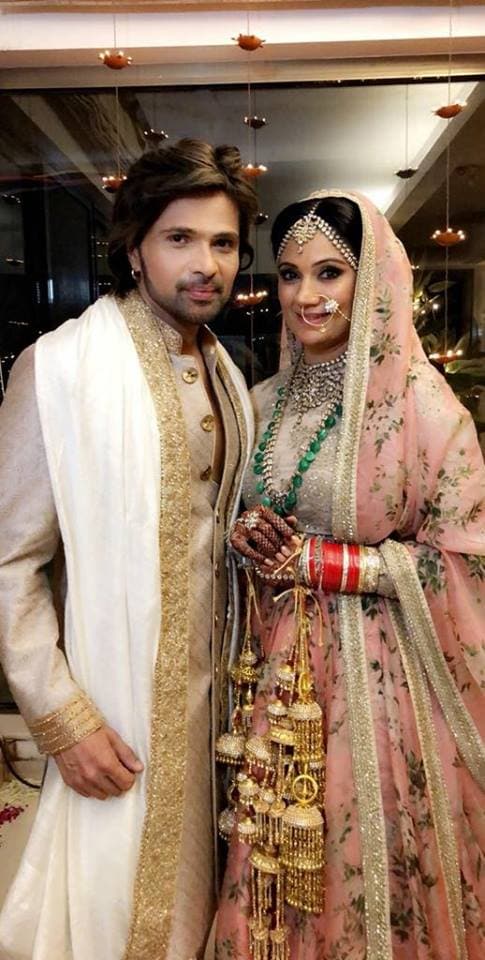 Himesh was earlier married to Komal with whom he also shares a son named Swayam. The duo had filed for divorce in 2016 and were officially granted divorce by the Bandra Family Court last year.

"Sometimes in life mutual respect becomes most important and giving due respect to our relationship, me and Komal have amicably decided to part ways legally as husband and wife," Himesh, 43, had said in a statement at the time.