Pictures shown are for illustration purpose only. (Images credit: Instagram)

Getting actors and crews back on the sets brings an entire series of unique challenges for filmmakers. To better understand those specific challenges, we spoke to more than half a dozen people in Bollywood.

Shrishti Negi
Ranveer Singh, Vicky Kaushal, Bhumi Pednekar and Kareena Kapoor Khan were scheduled to spend their summer in Italy in elaborative garments. They were expected to engaging in dialogue-heavy walk-and-talks and sword-fighting during the shoot of their ambitious project Takht.

But then came the coronavirus, and now it’s been nearly two months since production halted in Bollywood, and Takht's director Karan Johar, like the rest of the Indian film industry, has been waiting out the quiet days of uncertainty.

Will the film crews be back to shooting anytime soon? We spoke to more than half a dozen experts in the business to find out.

"Even if the lockdown restrictions are lifted, there's going to be an issue of social distancing," said director-writer Krishna DK, whose credits include Go Goa Gone, Stree and Family Man.

"There will always be a lot of restrictions that will come into play and making a film requires a lot of people to be on the sets together. One of the possibilities that can happen is how you could have a limited number of crew or you could set regulations in place for the crew." Raj Nidimoru and Krishna DK on the sets of Family Man.

DK revealed that unofficial talks were being held among industry creatives to "put actors and crews in quarantine for the period of the shoot."

"All these are solutions but nothing's been fixed yet. All these solution also may work for a smaller film or easy-to-produce film, but if it's a large film with a lot of people, action and big sets then it's a problem," he added.

Production may resume for smaller-scale movies that can be made with leaner crews, tightly controlled sets and minimal outdoor shoots, according to DK and director Hansal Mehta.

"In the near future after the lockdown, it looks like the films that can be shot with smaller crews can potentially take off, but any big film with big ambitions will probably have to wait for a few more months," DK noted.

"My kind of films will be easier to make in these times because I'd like to work with limited crews," said Mehta, while interacting with fans on Facebook. 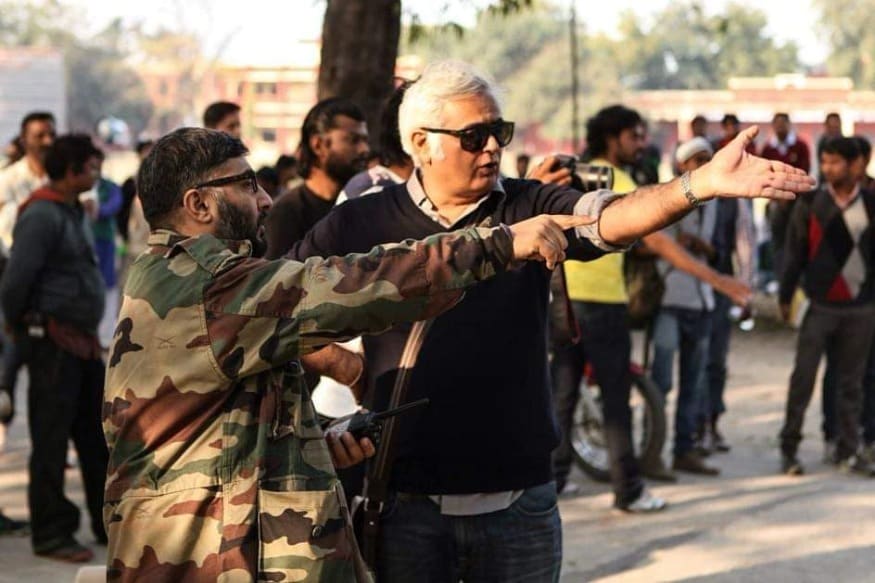 Hansal Mehta on the sets of Aligarh.

Mehta is aware that it remains a daydream until a set of preventive guidelines is instituted to make sure that on-set work is safer.

"Sweden and Denmark have recently released guidelines for shooting (as both countries have started seeing the virus recede). There are many standard protocols that have to be followed on a film set there. There are also restrictions on certain kind of scenes that you shoot. For instance, big spectacle scenes that require huge amount of crews are not possible. So, we have to develop those protocols. I don't know when the shooting will start but I hope it begins quickly as it's affecting many livelihoods," Mehta said.

Among other significant ideas being considered include taking crew members’ temperatures before they enter a film set, said actor Rohit Roy, who finished the shoot of Sanjay Gupta's Mumbai Saga, just days before the nationwide lockdown was announced.

"There is no realistic date as to when the industry will be back because the road forward is absolutely unclear in terms of when the lockdown will eventually get over and what phases it will get over in, especially in Maharashtra.

"Having said that, we all are very eager to get back on the sets but we have to make sure of exactly how and how long to maintain social distancing. Because even if we were to reduce the number of people on a film set by, say 30 per cent, we would still be over 100 people on every shooting floor. So, the internal discussion basically is to make sure that nobody who is remotely either symptomatic or has mild fever will be allowed to come on sets. Everyone will be tested before they are allowed onto a set. There will be infrared in place to make sure that nobody with fever is allowed on sets. These are steps which have been thought of. But I seriously doubt that we will start working before June," he added.

Actor Aparshakti Khurana, whose back-to-back shoots have been hit in unprecedented ways due to the pandemic, is, however, optimistic that larger productions can come back by the end of August. "When I see ourselves going out and working in full swing is really a tough call to make right now. But at least to start work with a basic strength is maybe in August. I was scheduled to shoot the entire April and May and these were films from big production houses. Although they have already mailed that they are looking to resuming from August 25. And, I think we have a fair amount of time to deal with things by then," Khurana said.

Echoing a similar sentiment, film producer Tanuj Garg said, "Right now the primary agenda is to figure when it will be viable to resume shoots. Looks like August or September but we'll have to wait and watch. Once we know that, then the precautionary measures, so long as they're viable, can be figured."

Whereas, filmmaker Homi Adajania's optimistic projections are for April 2021.

"I can’t imagine shooting with the most contagious virus know to us looming around, so I guess shoots will resume once a proven vaccine is implemented. A film shoot is a mix of a large number of people from all areas so how can anyone figure who each person is exposed to and whether the virus is incubating inside anyone. Taking all this into consideration, a very optimist estimate one can arrive at would be April 2021.

"Meanwhile a lot of content is being developed for various OTT as that is and will be consumed more. Also I feel stripping down of teams and doing a lot more work by collaborating through the net, like it already is, will happen," said Adajania, whose Angrezi Medium was re-released digitally due to the coronavirus pandemic.

Other precautions are being considered, such as mandating that all auditions take place online or via self-tape.

"We did depend on a lot of self tapes while casting before the lockdown but I guess it will now be called the new normal," said casting director Nandini Shrikent, who has worked on several critically-acclaimed films like Talaash, Tumhari Sulu, Gully Boy and Thappad.

"We are not calling people for in-person auditions. We are also not going to start walk-in auditions for at least six-seven months until the time things are not absolutely normal. We are only doing online auditions. Self-taping is the only option," noted casting director Mukesh Chhabra, before adding, "What sense I'm getting from people in the industry is that the things are not going to start before September or October."

The sudden onslaught of the Covid-19 pandemic is also likely to intrude in cinematic narratives that are going to be depicted in the coming years, Badhaai Ho writer Akshat Ghildial said.

"I think what is going to majorly affect people is the recession that's looming large. That's also going to affect the kind of films that are going to be made. Everything that happens around you pretty much governs the kind of films that are made. I have heard enough stories about how film noir came out of World War II when the American soldiers got back and they realised that this wasn't the country that they left behind.

"Since this has been such a major event in everyone's lives, it sure will have an impact on the kind of stories and narratives that are going to be told. There might also be just a little more emphasis on making more comedies," he said.

Additionally, makeup artistes and hair dressers, who are required to be around actors and touch them, will probably have to work without assistants. 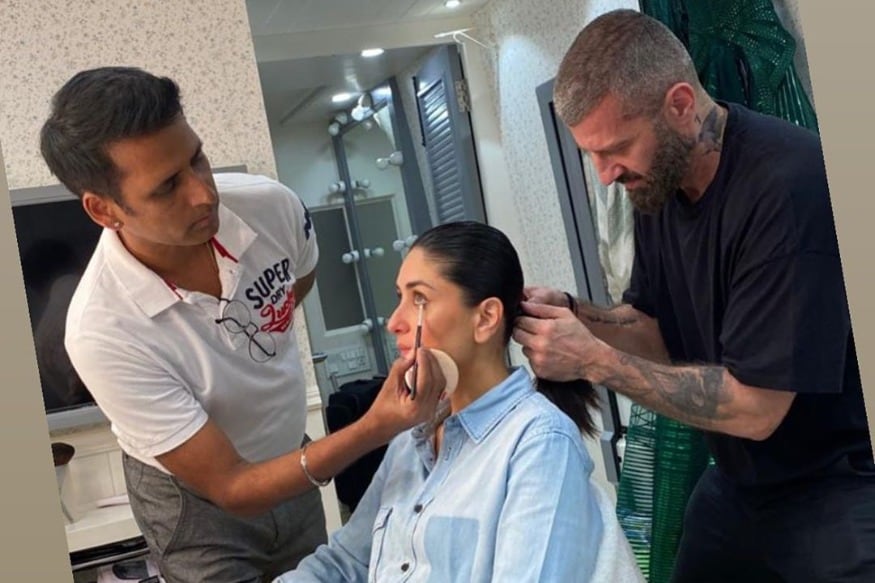 "Shoots in the future will probably have super tight teams, so it will be important to know that the novelty of having a big entourage and assistants won’t be a possibility," said celebrity makeup artiste Pompy Hans, who has enlivened the features of A-list Bollywood actresses like Kareena Kapoor Khan and Alia Bhatt.

"It will be important for people to be a master at everything, resourcefulness and efficiency is what you will be evaluated against. From a safety standpoint, it will be important to keep your products and tools sanitised. Future gamechangers in Bollywood or any other industry will be people who are conscientious with their buying decisions as sustainable brands will be key going forward. As a consumer and professional, one will need to ensure that they clean up their mess/workstation, learn to buy what is truly necessary and don’t get into people’s faces and boundaries," Pompy concluded.
Tags