Ali Fazal and Richa Chadha are now ‘Mr and Mrs’. The couple tied the knot recently and hosted a reception party in Mumbai on Tuesday night. It was no less then a star-studded event with several celebrities in attendance. However, one guest couple that caught everyone’s attention was none other than Hrithik Roshan and Saba Azad.

Hrithik and Saba were seen arriving at the venue together. They posed for the paparazzi and flaunted their million-dollar smiles. Hrithik wore a black suit which he paired with a white shirt. Needless to say, he looked charming as always. On the other hand, Saba sported a green sharara which was heavily embroidered. She opted for glam make-up and looked breathtakingly gorgeous. 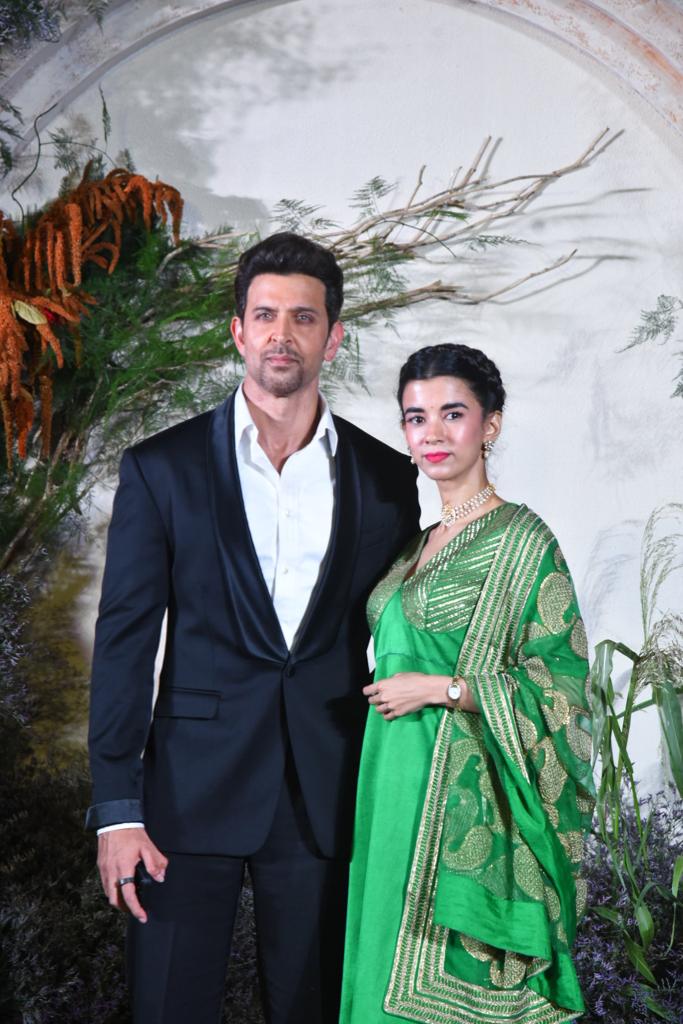 ALSO READ: Ali Fazal Screams As He and Richa Struggle To Cut Their Wedding Reception Cake, Take Help From Others; Watch

Hrithik Roshan and Sussane Khan were previously married to each other. The two tied the knot in 2000 but parted ways in 2013 i.e after 13 years of their marriage. While Sussanne is currently dating Arslan, Hrithik also recently made his relationship with Saba Azad official.

In August this year, it was reported that Sussanne and Arslan and planning to get married soon. However, Arslan himself rubbished all the speculations and told Hindustan Times, “I don’t want to talk about this. I don’t like talking about my personal life. I don’t know who has spoken about it. Early in the morning, the first tag I saw on Instagram was this. I don’t know who has written about it. Aur unko kahan se pata chala. Unko mein bolunga ke mujhe bhi bata de ke kisne yeh decision liya aur kab aur kaha. I have zero comments on that.”

Prior to this, it was also reported that Hrithik Roshan and Saba Azad might tie the knot soon. However, there is no official confirmation to this so far.