Sushant Singh Rajput death case will now be handled by the Central Bureau of Investigation, announced Supreme Court on Wednesday.

The Supreme Court on Wednesday directed the Central Bureau of Investigation (CBI) to take over Sushant Singh Rajput's death case probe on a plea filed by actress Rhea Chakraborty who has sought transfer of an FIR, lodged against her at Patna for allegedly abetting the suicide of actor Sushant Singh Rajput, to Mumbai.

Bihar Police officials, who had gone to Mumbai earlier on the basis of an FIR filed by Sushant's father KK Singh in Patna, had claimed that Mumbai Police did not cooperate with the team and did not share basic information related to the case.

An IPS officer from Patna, named Vinay Tiwari, who had gone to assist his team in Mumbai, was quarantined by BMC upon his arrival in the city and this had led to a massive outrage from all quarters. Many blamed Maharashtra government for its handling of the case and its unwillingness to get the probe transferred to CBI. 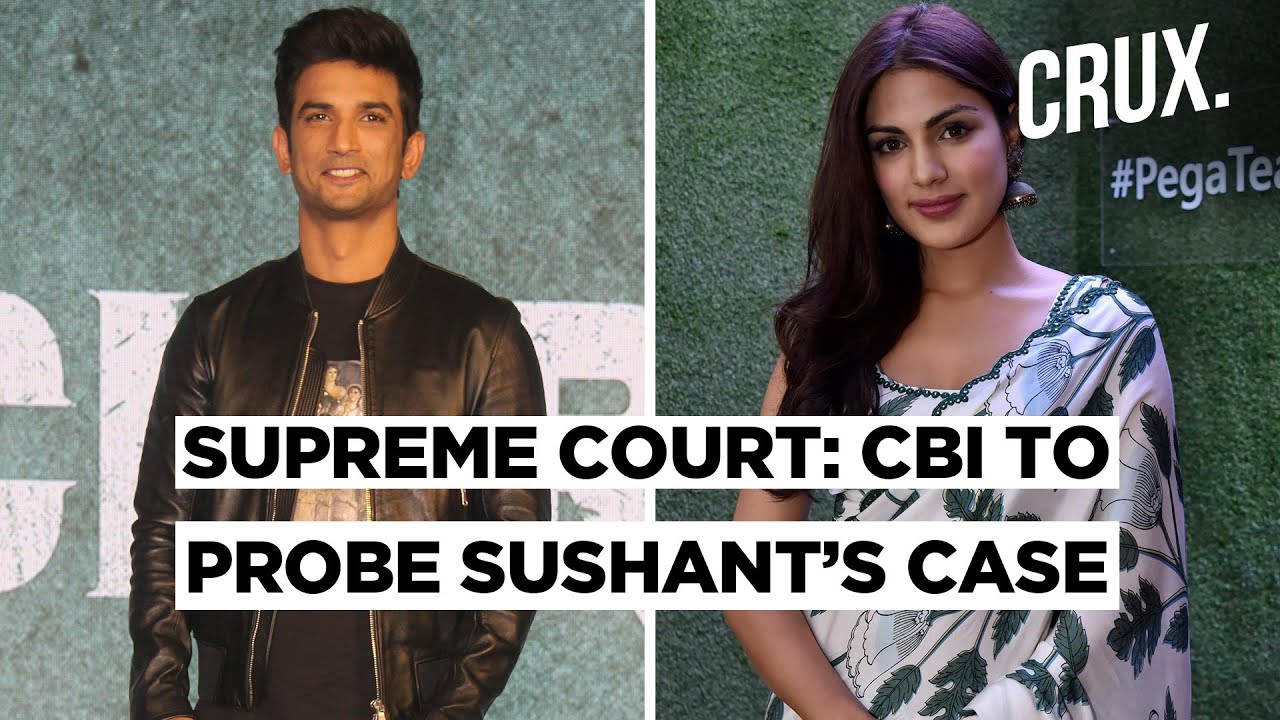 Vikas Singh, Lawyer of Sushant's father, said after SC's verdict ordering CBI probe, "This is a victory for Sushant Singh Rajput's family. SC ruled on all points in our favour. The Court also clearly said that the FIR registered at Patna was correct."

Check out some fan reactions on social media here.

Now, when the apex court has ordered a CBI inquiry into Sushant's alleged suicide, fans and close ones, who have been pushing for the move rejoiced on social media and trended #CBITakesOver.

Finally it is CBI. #CBITakesOver @itsSSR look where we are and hope u are happy today and will always be.

You are the brightest star of our eyes. pic.twitter.com/CgkYuhyfiS

Yeahh.. So now The Truth Will prevail Miss Rhea. Because Supreme Court has given the verdict for CBI in SSR's case. A huge victory for all of us🙏😇 God listened to our prayers❤

Sushant died on June 14 in his Bandra apartment. He is survived by four sisters and his father.