Hugh Jackman and Ryan Reynolds share a love-hate relationship and the two leave no chance to tease each other. The two recently engaged in a friendly social media banter. The X-Men actor has once again called out the Deadpool star in a behind-the-scenes photo when he played Wolverine for the first time.

Jackman, on Sunday, took to Instagram to share a picture of his injured hand. The picture shows the actor's hand with a minor cut. Without any surprises, he put out the blame on Reynolds for the cuts on his knuckles.

"The first time I've played #wolverine... and, actually bled. Clearly, it's @vancityreynolds fault," reads the text written over the picture. Giving it back to the actor, Reynolds responded to it saying, "I just don’t think you’ve been practising enough." While Jackman did not mention when the picture was taken, there's a possibility that he's referring to the shooting days when the two were working on X-Men Origins: Wolverine and Reynolds played the role of Wade Wilson. 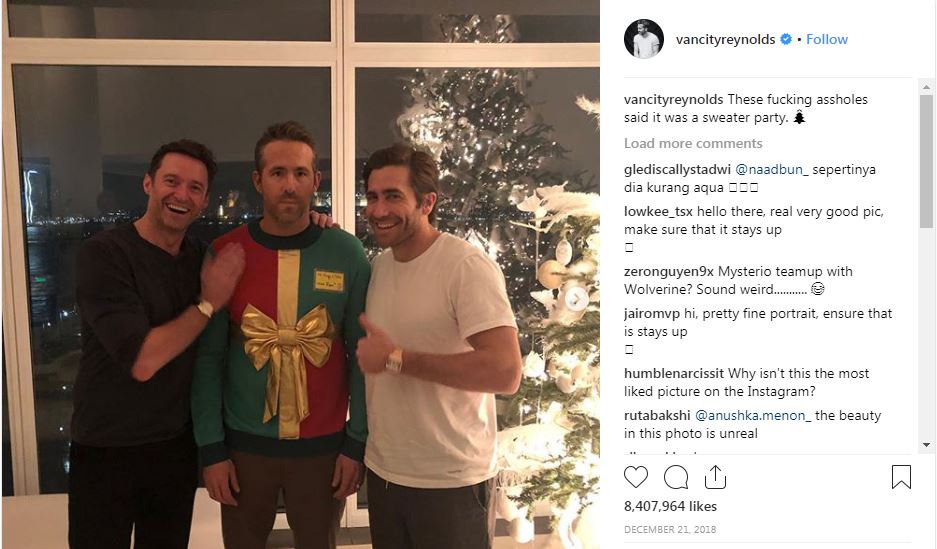 Hugh Jackman's Logan (2017) was his ninth appearance on screen as Wolverine. In the film, Logan's healing ability weakens and he is shown physically fragile. At the end of the film, Logan succumbs to a peaceful death. On the other hand, Reynolds was back as Wade Wilson in 2018 release Deadpool 2.